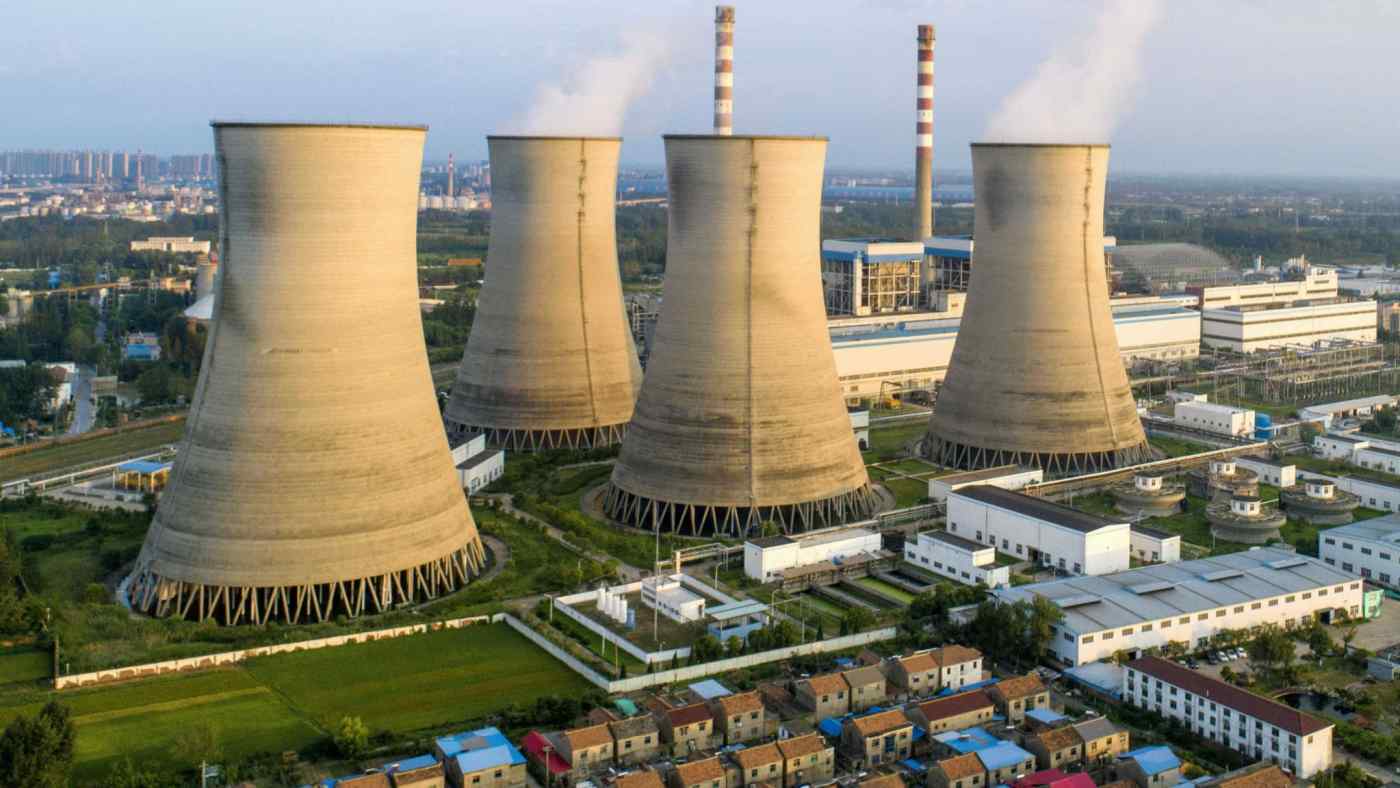 BEIJING -- China cautiously took its carbon-trading scheme national Monday, a key component of its plan to slash greenhouse gas emissions by midcentury. But critics note that the pricing and penalties are too low to make much of a difference, at least initially.

Emissions caps are assigned to companies. Companies that exceed their quotas must buy credits from companies that do not. The aim is to encourage corporate China to make green investments to reduce carbon dioxide emissions.

"We aim to have CO2 emissions peak before 2030 and achieve carbon neutrality before 2060," Chinese President Xi Jinping told the United Nations in a September speech.

China first launched its emissions-trading market on a pilot basis in 2013 in certain areas. It eventually covered Beijing, Shanghai, Tianjin, Chongqing and Shenzhen, along with the provinces of Hubei, Guangdong and Fujian.

In the initial step of the national scheme, 2,225 power companies that emit 26,000 tons or more a year will be assigned caps.

Through 2025, the plan is to extend the program in stages to seven other big emitters: steel, construction materials, petrochemicals, chemicals, nonferrous metals, papermaking and aviation.

Most analysts expect emission rights to initially trade at low prices. Although the value will ultimately be decided by the market, the government will adjust the volume traded to keep prices in a certain range.

Market participants see a ton of greenhouse gases starting out at 50 yuan on average -- just shy of $8. This is a fraction of the 33 euro ($40) average in the European market. The price is anticipated to rise to 71 yuan in 2025, then 93 yuan at the end of the decade.

Low pricing will likely blunt the program's effectiveness. Fines on companies exceeding their caps are only around 20,000 to 30,000 yuan.

"A fine will not be very painful," a steel-industry source said.

Beijing is cautious in its expansion of the program out of consideration for economic growth and a national energy mix highly dependent on coal. If tough emissions caps were suddenly imposed on a broad swath of industries, higher costs could be passed on in higher utility rates and elsewhere, depressing economic activity among consumers and corporations.

In fact, the rules themselves state that trading on a nationwide market will proceed "step by step."

The power industry alone produces an estimated 4 billion tons or so in greenhouse gases a year. The figure rises above 5 billion tons when including the seven other sectors, such as steel. In the European Union, which has the biggest emissions-trading program on the planet, the targeted companies produce just 2 billion tons annually.

China's program is poised to be the global leader. Yet for market mechanisms to have an impact, changes extending beyond the market itself will be needed.

The development of financial products tied to emissions credits is one promising area. In Beijing and other places that hosted pilot trading programs, banks have extended loans using credits as collateral.

Researchers from the People's Bank of China, the country's central bank, in January called for a legal framework to clarify the status of environmental rights. To pave the way for investment funds to support efforts to combat climate change, the proper legal infrastructure must be put in place, they said.