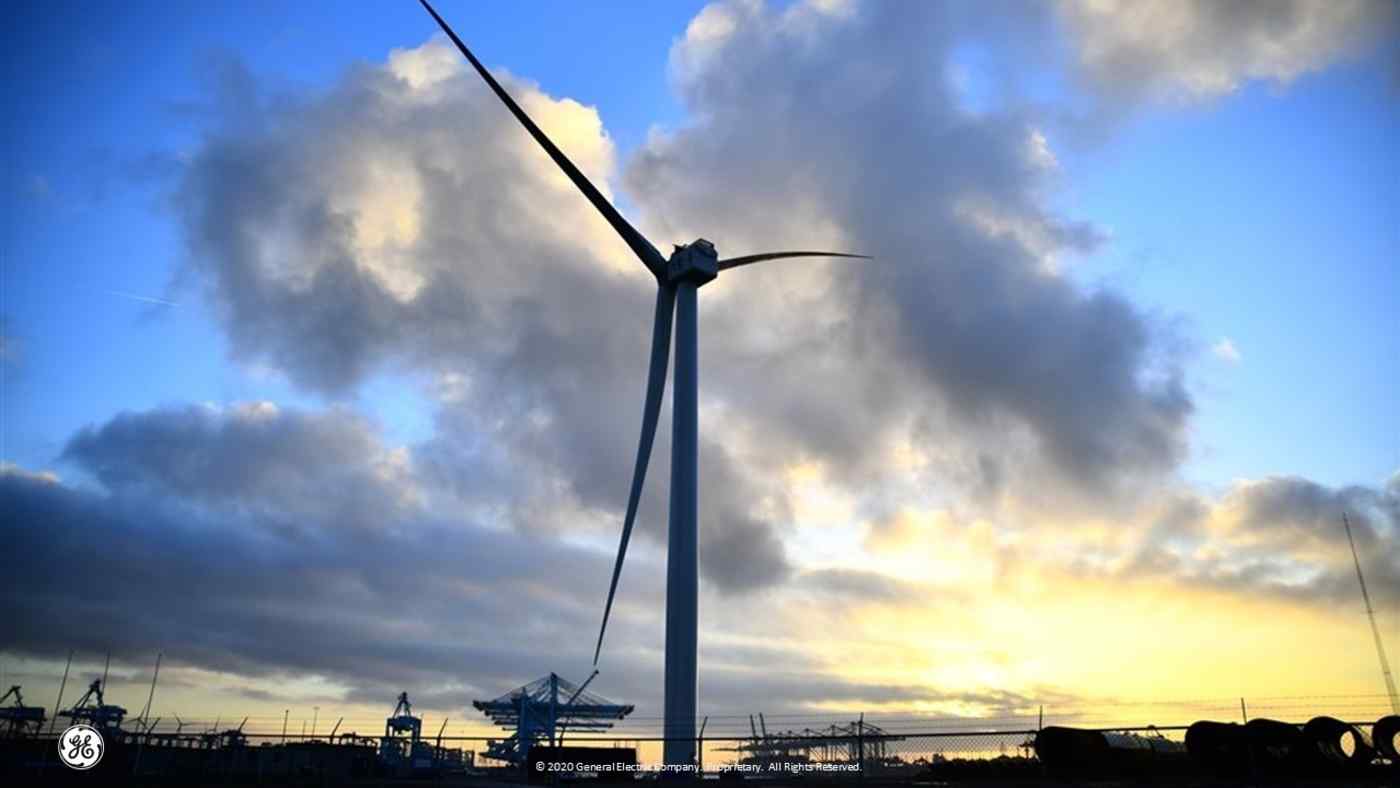 TOKYO -- General Electric, fresh off becoming the first company to win international certification for large offshore wind turbines capable of withstanding typhoons, intends to install the generators off the coasts of Japan and other countries, Nikkei has learned.

The stronger turbines are also expected to expedite the industry's push into Asia, which is more prone than Europe to violent storms.

Construction of three projects in the U.K. and the U.S. has already been planned, with expectations they can start operating between 2022 and 2024.

In Japan, GE seeks to install the turbines off the coasts of Akita Prefecture, in the northeast, and Chiba Prefecture, near Tokyo. Bidding for these projects is set to close in May.

GE's intended rollout comes with Prime Minister Yoshihide Suga setting a 2030 target for cutting Japan's emissions by 46% from 2013 levels. Suga announced the plan at the virtual climate summit hosted by U.S. President Joe Biden on Thursday in an effort to accelerate a push into renewable energy.

The U.S. company's stormproof turbines could prompt power producers to consider installing them in areas prone to harsh weather, including typhoons, and help drive the use of offshore wind power.

GE's turbines are 248 meters tall and put out 12,000 kilowatts. Under the International Electrotechnical Commission's classification, the turbines will be certified as T-Class, for products capable of handling elevated extreme wind speeds in hurricane conditions.

T-Class was established by the IEC in 2019. Previously, the highest level of certification was Class 1, which assumes an average wind speed of up to 50 meters per second for 10 minutes. T-Class requires a design that can withstand winds blowing up to 57 meters per second.

GE incorporated a structure that automatically adjusts the direction of the wind turbine in response to gusts of wind and reduces wind pressure.

The company applied technology that is used in onshore wind power generators while also strengthening the parts and components used to build the contraptions so they can withstand strong winds.

GE conducted a yearlong test run off the coast of Rotterdam, the Netherlands, finding that its new turbines operated without any issues even under strong winds.

Although manufacturing costs will be 15% to 20% higher than those for previous models, GE believes demand for the product will be robust since the windmills can be used in seas that are inhospitable to conventional mills.

Most offshore turbines are installed in the North Sea of Europe, where westerly winds tend to blow stably. However, there is little remaining room for additional installations, which has more companies looking to Asia, where typhoons and air turbulence are more likely to occur.

Japan intends to expand its installed offshore wind power capacity to 10 gigawatts by 2030. By that same year, the World Wind Energy Association estimates that 41% of all global wind power generation will be installed in Asia.

GE is a major player in the market for onshore wind turbines. Offshore, Spain's Siemens Gamesa Renewable Energy and Denmark's Vestas together account for 55% of the market. A GE subsidiary accounts for about 4% of the market, with China's Sewind Shanghai taking 10%.

GE hopes that receiving the T-Class certification will lead to an increase in orders, but competition remains fierce as rivals accelerate their own initiatives to improve their products. The time-honored U.S. company is currently negotiating a partnership with Japan's Toshiba to jointly produce core equipment used in offshore wind turbines. The partners also expect to drive down manufacturing costs.