Germany eyes EU 'climate club' with US, Japan and China 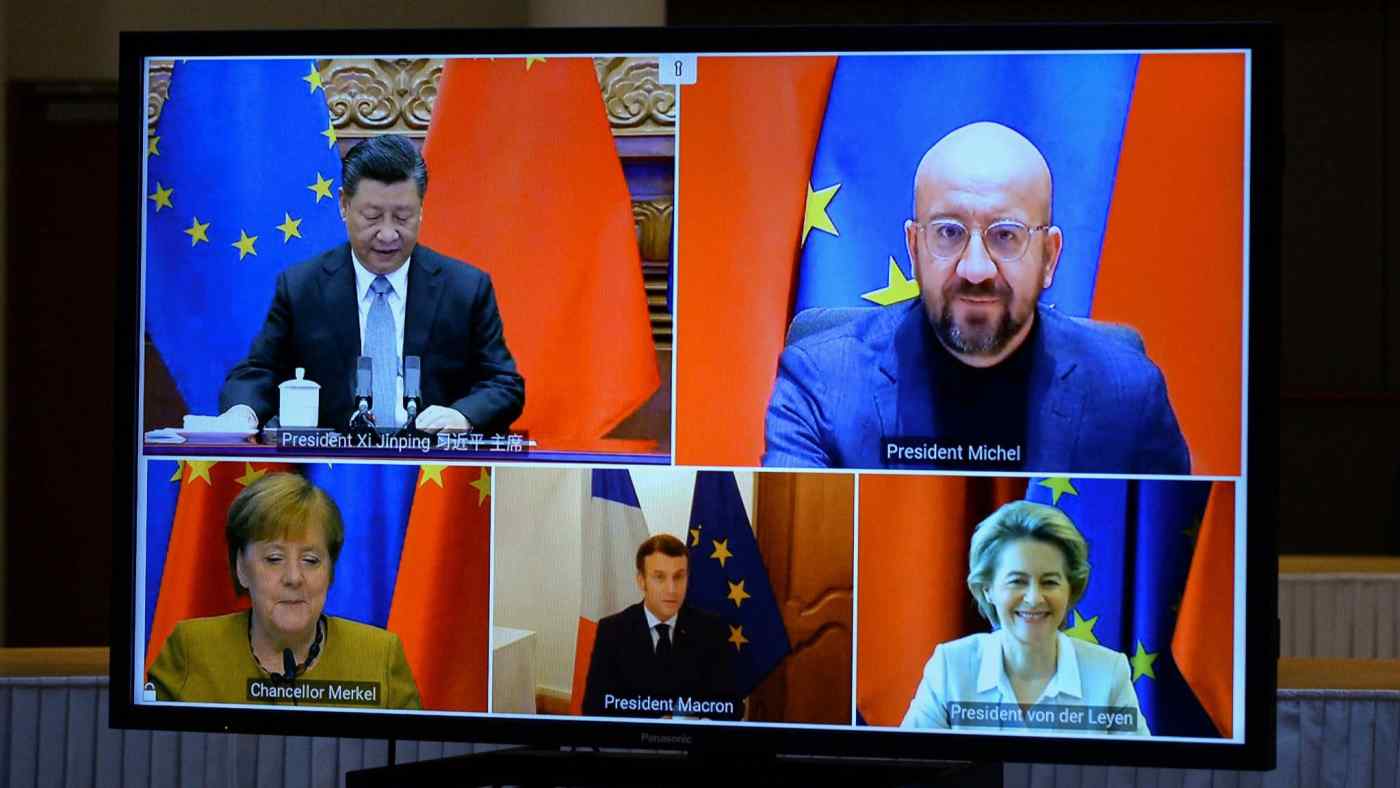 Chinese President Xi Jinping is shown holding a video conference with European and EU leaders in Brussels on Dec. 30. Germany has called on the EU to reach out to countries outside the bloc to avoid trade tensions over environmental taxes.   © Reuters
May 23, 2021 06:03 JST | Europe
CopyCopied

LISBON (Reuters) -- Germany wants the European Union to create a "climate club" with countries like the U.S., Japan and possibly even China to avoid trade friction linked to green tariffs such as a planned carbon border levy.

German Vice Chancellor and Finance Minister Olaf Scholz said on Saturday after talks with Portuguese Prime Minister Antonio Costa, the current holder of the EU's rotating presidency, that Europe must engage with countries to agree joint rules and common standards on how to reduce carbon emissions.

Scholz said climate protection measures would have an impact on the competitiveness of German and European companies, especially those in energy-intensive sectors.

"And so it is a wise thing not just to discuss about how the European Union can do this and how we could avoid to have difficulties in the competition on the global market afterwards," he said.

The EU should approach countries such as the United States, Canada, Britain, Japan and China to discuss and possibly agree on the same steps and principles.

"And to do this, it's a good idea to discuss about having a sort of a club, of people willing to do similar things and not competing each other, but fighting for a better climate development in the world."

The 27 EU government leaders will hold a summit on Monday and Tuesday to discuss how they plan to meet the EU's new 2030 climate goal -- a cut in net emissions of at least 55% from 1990 levels.

The summit will give a steer to the European Commission, which in July will propose a huge package of climate policies to deliver the target, including carbon market reforms and more ambitious renewable energy objectives.

In June, the European Commission is also expected to present proposals on how to expand the bloc's CO2 emission trading scheme and how to shield investments in green technologies from "dirty competition" by countries with less rigid climate protection policies.

The EU has said countries will be able to avoid the bloc's proposed carbon border levy if the ambition of their climate policies matches that of Europe.