Seroja is country's 'most destructive' tropical storm, killing at least 128 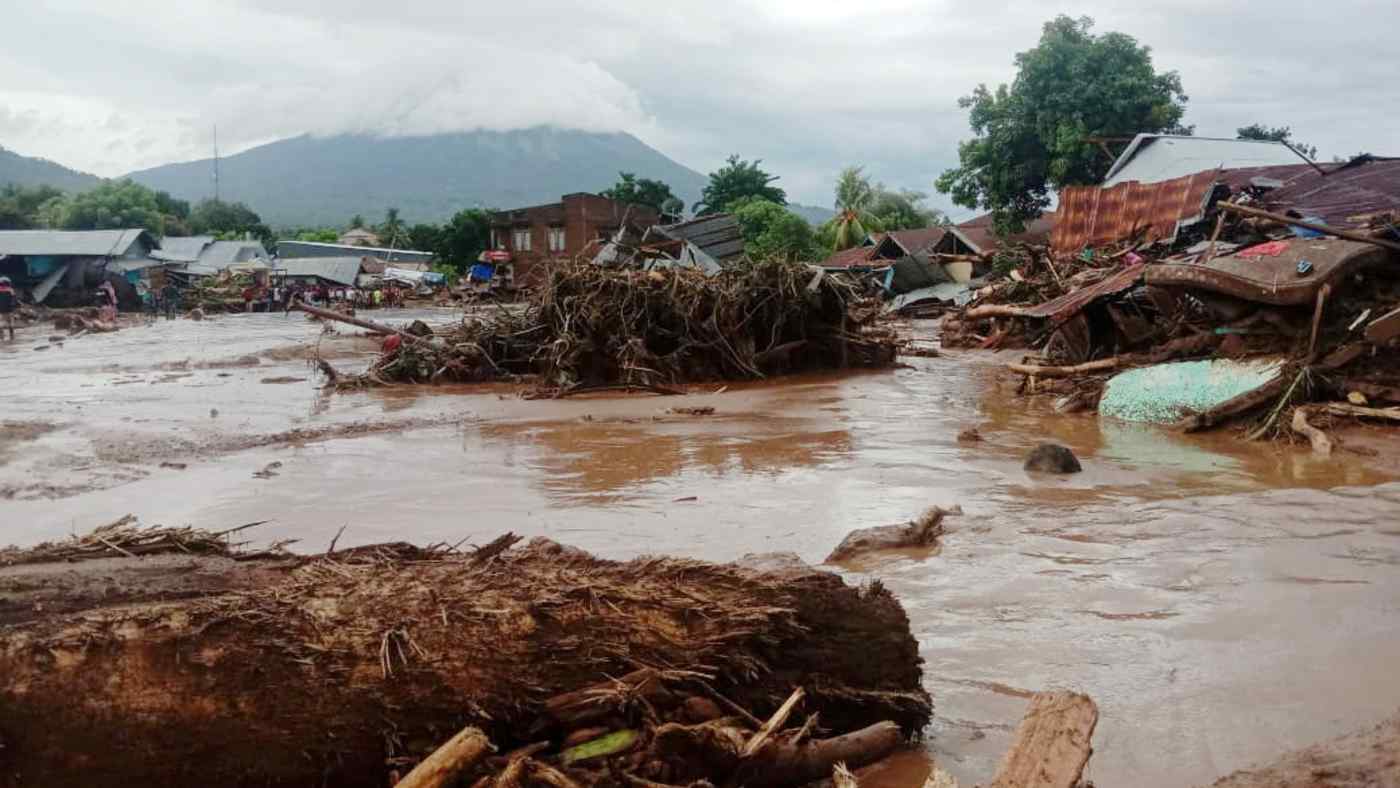 JAKARTA -- Reeling from the most destructive cyclone the country has ever recorded, Indonesia's weather agency is warning that tropical storms hitting the archipelago will become more frequent and powerful in coming years.

Dwikorita Karnawati, head of the Meteorology, Climatology and Geophysics Agency, or BMKG, said on Tuesday that tropical cyclone Seroja is the 10th to have hit Indonesia since the agency launched its Tropical Cyclone Warning Center in 2008. But it is both the strongest and the first to make an impactful landfall, wreaking havoc in East Nusa Tenggara Province.

At least 128 people have been killed in the province from cyclone-triggered flash floods and landslides, according to Indonesia's latest official data as of Tuesday morning. More than 70 people are missing, and 8,000 others have been displaced. Reuters reported on Monday that at least 27 people died and 7,000 others displaced in East Timor, which shares the Timor island with Indonesia.

President Joko Widodo held a cabinet meeting on Tuesday, as the country scrambles to speed up the relief effort and restore power.

Karnawati said that between 2008 and 2016 one tropical cyclone hit Indonesia every few years, but now one or two hit every year. The country has been better known for other types of disaster such as earthquakes, tsunamis and volcanic eruptions.

She attributed the growing frequency and strength of cyclones in the country to rising sea surface temperatures -- waters around East Nusa Tenggara currently measure about 30C, she said, higher than the usual 26C.

"This is just a hypothesis, but there is a correlation [between the more frequent and stronger cyclones] and rising sea surface temperatures, which have been an impact of global warming," Karnawati told a press briefing on Tuesday.

"That's why... we truly have to mitigate global warming. Otherwise, this cyclone situation will become an annual routine; it will become a normalcy."

BMKG forecasts that Seroja will continue to cause heavy rains, strong wind and thunderstorm around East Nusa Tenggara through Wednesday. Karnawati said the cyclone could still cause high sea waves to enter the land, causing "tsunami-like" effects.

The cyclone is then expected to travel southwest, near northern parts of Australia. But it is still gathering speed, from 85 kilometers per hour when it was formed and entered Kupang, the provincial capital, on Sunday -- to 110 kph now and to a predicted 130 kph later, according to BMKG.

"Even though it is getting calmer on the land, there are potentials for sea waves to remain high. So we must remain alert," Karnawati said.

Before Seroja, Cempaka had been the most destructive cyclone in Indonesia, killing 41 people in eastern parts of Java island in 2017. Cempaka and Indonesia's other previous cyclones had mostly travelled over the sea and barely grazed the land.

Karnawati said while previous cyclones had weakened on landfall upon touching land, Seroja has been growing.

Apart from the casualties, the tropical cyclone has badly damaged hundreds of homes as well as roads and bridges in East Nusa Tenggara, cutting access to some badly-hit areas.

Meanwhile, the National Disaster Mitigation Agency said it will attempt to temporarily shelter thousands of the displaced people in their relatives' homes, to avoid crowding in concentrated locations and prevent potential coronavirus contagions.