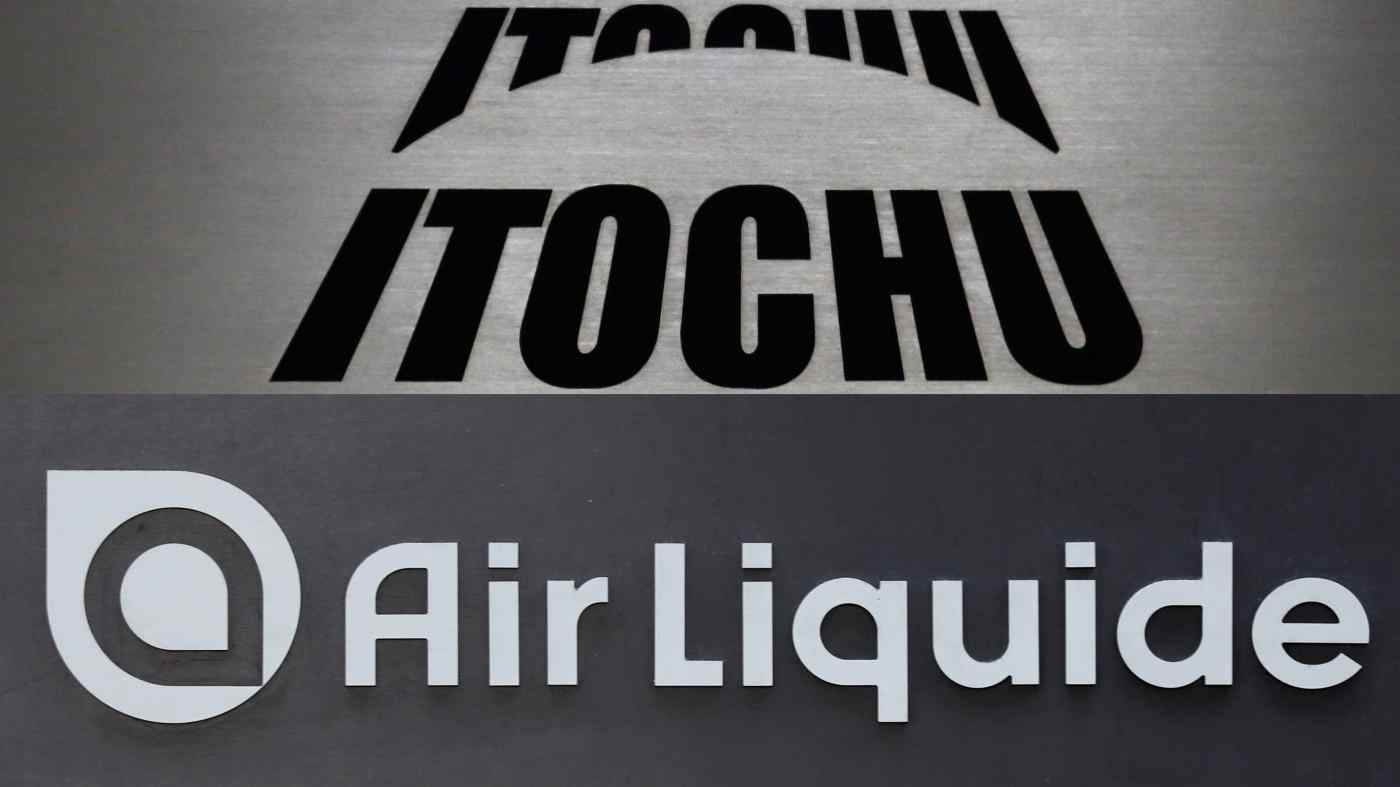 Japanese trading house Itochu and France's Air Liquide will partner to build one of the world's biggest hydrogen plants in central Japan. It is scheduled for completion in the mid-2020s.
Nikkei staff writersFebruary 25, 2021 18:01 JST | Japan
CopyCopied

TOKYO -- Japanese trading house Itochu has partnered with Air Liquide, a French industrial gas supplier, to develop a liquid hydrogen plant in central Japan which, when complete, will be one of the world's largest, the Nikkei has learned.

The plant, which is scheduled for completion in the mid-2020s, is aimed at accelerating the adoption of hydrogen as a clean form of energy in Japan. The plant will produce liquid hydrogen out of liquefied natural gas, offering it as fuel for power generation and fuel-cell vehicles, sources said.

The move is in step with the energy strategy set out by Prime Minister Yoshihide Suga's government, which is promoting hydrogen as an important substitute for conventional fuels.

The strategy calls for as much as 3 million tons of hydrogen to be produced annually by 2030 and underlines the need to develop production capacity.

Output of liquid hydrogen in Japan totals about 44 tons a day, of which Iwatani, a gas wholesaler, produces 70%. The new plant will bring the Itochu-Air Liquide partnership on par with Iwatani in terms of capacity.

Itochu and Air Liquide recently signed a strategic partnership agreement aimed at developing a new gas supply network in Japan. The plant built by the partners will be able to make around 30 tons of liquid hydrogen a day, enough to power 42,000 fuel cell vehicles. The size of the investment will be finalized next year.

The plant is expected to be about the same size as the one Air Liquide is building in the U.S. state of Nevada at a cost of around $187 million. The Nevada plant, when completed, will be the world's largest such plant.

At present, hydrogen costs around 100 yen per cubic meter to produce. The government aims to bring that down to 30 yen by 2030. Hydrogen has not been widely used as a fuel up to now, due mainly to its high cost. The giant plant is designed to help resolve this cost issue. Currently, liquid hydrogen trades for 1,100 yen per kilogram in the wholesale market.

Electricity produced with hydrogen costs 52 yen per kilowatt-hour, double the prevailing rates in Japan. The Itochu-Air Liquide partnership aims to bring down the cost of liquid hydrogen to 1,000 yen or less per kilogram.

The plant will produce hydrogen by separating LNG into hydrogen and carbon dioxide. The CO2 generated during production will be collected and sold to industrial customers. Hydrogen stations for cars are envisaged as the main customers for the fuel. As of December, there were 137 hydrogen stations in Japan, which the Suga government hopes to raise to 900 by 2030.

The two companies also envisage using liquid hydrogen for other purposes, including thermal power generation, steelmaking and petrochemical production. The "Hydrogen Strategy" released by the European Commission in July calls for producing hydrogen through electrolysis of water, so as not to produce carbon emissions. The EU aims to bring down the cost of hydrogen to 300 to 700 yen per kilogram by increasing hydrogen consumption to 10 million tons by 2030.

Japan already has one of the world's largest hydrogen plants. The plant, located in Fukushima, produces the fuel with renewable energy, but the main drawback is its high production cost. Bringing the cost of hydrogen down to a level the EU aims for is expected to take time in Japan, and Itochu has decided to prioritize fossil fuel-based production for now.

Air Liquide is one of the largest hydrogen producers in the world, along with Germany's Linde. In the year ended in December, the French company posted a net profit of 2.4 billion euros ($2.9 billion) on revenue of 20.4 billion euros. The company operates some 120 hydrogen stations out of the world's total of 500. In Japan, the company operates 13 stations and plans to add four more in 2022.