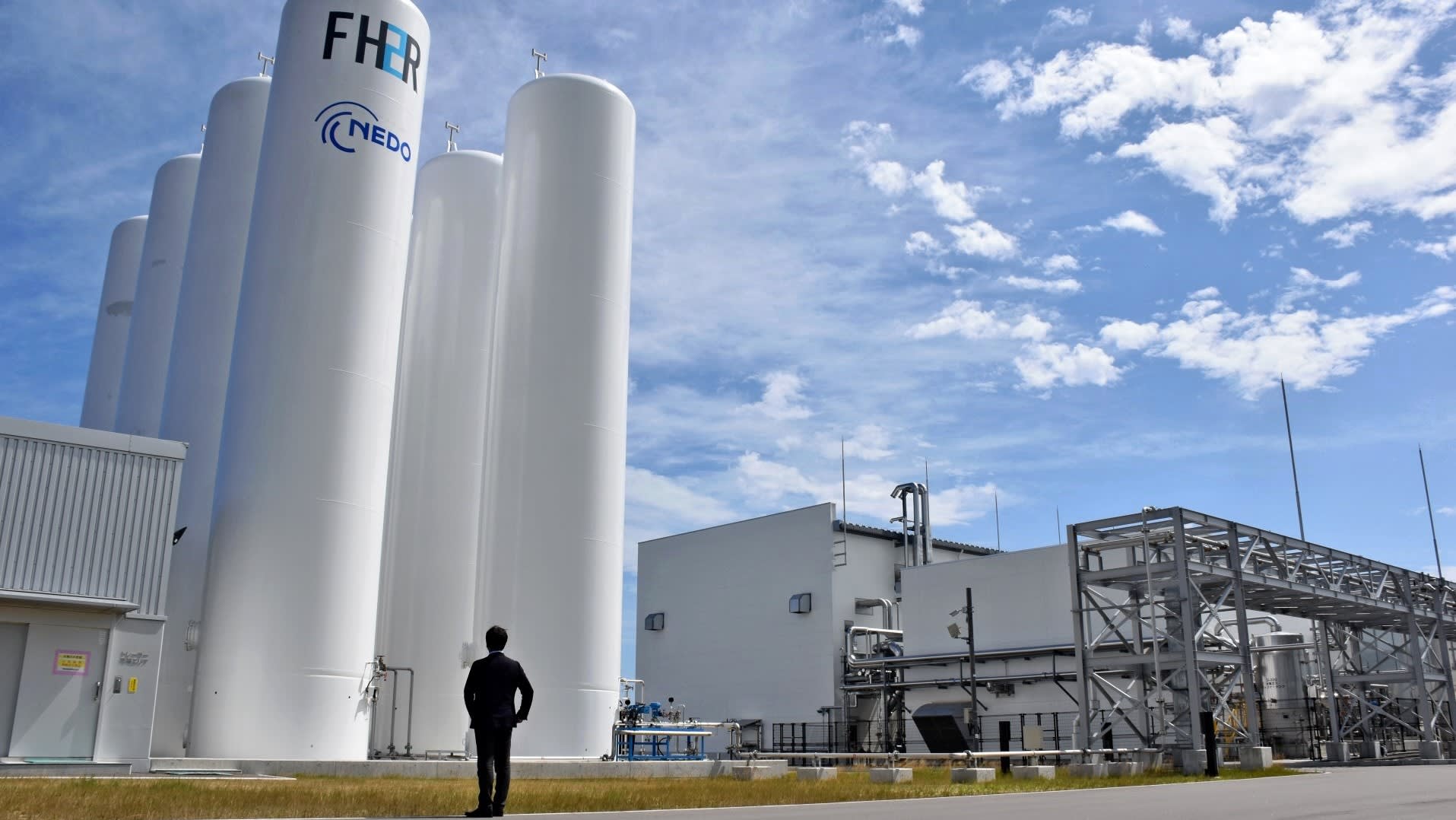 TOKYO -- Japan and the European Union are racing to develop hydrogen, which has long been promised as a clean energy source of the future.

That future is now taking shape off the coast of the Netherlands, where one of Europe's biggest green hydrogen projects is underway. The NortH2 project is intended to produce up to 4 million kW of offshore wind power by 2030. The energy is to then power seawater-to-hydrogen electrolysis, with the hydrogen to be delivered to industries across the Netherlands and Western Europe. Its use is expected to reduce carbon emissions by an annual 8 million tons to 10 million tons by 2040.

There are three types of hydrogen. Gray hydrogen comes from fossil fuels, which emit carbon dioxide in the process of extracting hydrogen from coal, oil, or natural gas. Blue hydrogen is made the same way, but the process adds carbon capture technology to lower emissions. Carbon-free green hydrogen uses renewable energy to produce hydrogen from water.

The NortH2 project was launched by a consortium led by Anglo-Dutch oil major Royal Dutch Shell. The European Union plans to increase offshore wind farm capacity twentyfivefold by 2050 and to pour 470 billion euros ($577.5 billion) into its hydrogen strategy. 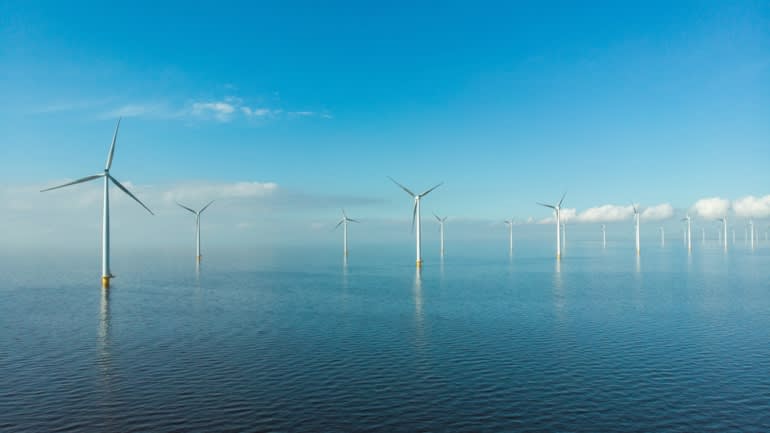 A wind farm sits off the coast of Flevoland, the Netherlands.   © Getty Images

Powerful yet lightweight hydrogen is an important fuel for rockets and aircraft. It will be key to the decarbonization of steel and chemical plants because it does not emit greenhouse gases when burned. In effect, utilizing excess electricity to produce hydrogen also means storing wind and solar power. Since these renewable sources are heavily influenced by weather, and batteries are still expensive, hydrogen is seen as the key to storing the excess electricity made by clean energy.

The widespread use of hydrogen depends on production costs coming down. In Europe, producing 1 kg of green hydrogen costs around $6. The Hydrogen Council, a global initiative led by Royal Dutch Shell and other energy companies, estimates that 15% of the globe's energy demand will be met if hydrogen production costs are lowered to $1.80 per kg by 2030.

Tokyo Gas in November 2019 announced it would shoot for net-zero greenhouse gas emissions by around 2050. The Japanese government has set a goal of reducing the price of hydrogen to about one-third of the current 1,100 yen ($10.70) per kg by 2030. Tokyo Gas President Takashi Uchida said the company will be able to "achieve the government target ahead of schedule."

The utility has expertise in the handling of hydrogen as it has sold 140,000 of its Ene-Farm home fuel cell devices, which harness electricity from chemical reactions between hydrogen extracted from city gas and oxygen in the air.

A Japanese consortium has also launched a project to produce hydrogen using solar power. Last February, the Fukushima Hydrogen Energy Research Field, also known as FH2R, one of the world's biggest hydrogen facilities, was built in the town of Namie, Fukushima Prefecture.

The New Energy and Industrial Technology Development Organization, a public-sector body, and Tohoku Electric Power are also participating in the project. Toshiba oversees the project's hydrogen production systems, which uses one of the world's largest electrolysis apparatuses, developed by chemical maker Asahi Kasei.

A hydrogen-based society will not be easy to achieve, even in Japan, which is ahead of the world in developing the necessary technologies. In another respect, Japan is a laggard when it comes to renewable energy, which could push the cost of producing green hydrogen to about 10 times higher than the current distribution price of hydrogen, according to some estimates.

But these challenges also offer opportunities. To diversify its energy mix, Japan in the 1960s began procuring massive amounts of liquefied natural gas. Investors voiced concerns about the huge investment risks, but the industry built out the necessary infrastructure, including liquefaction plants, LNG carriers and receiving terminals. Currently, about 40% of Japan's power comes from LNG.

Now, 60 years on, and the country is staring down similar risks, those associated with piecing together a hydrogen supply chain. Government strategies will be key.