Country eyes emission cuts of more than 40% by 2030, far more than Paris target 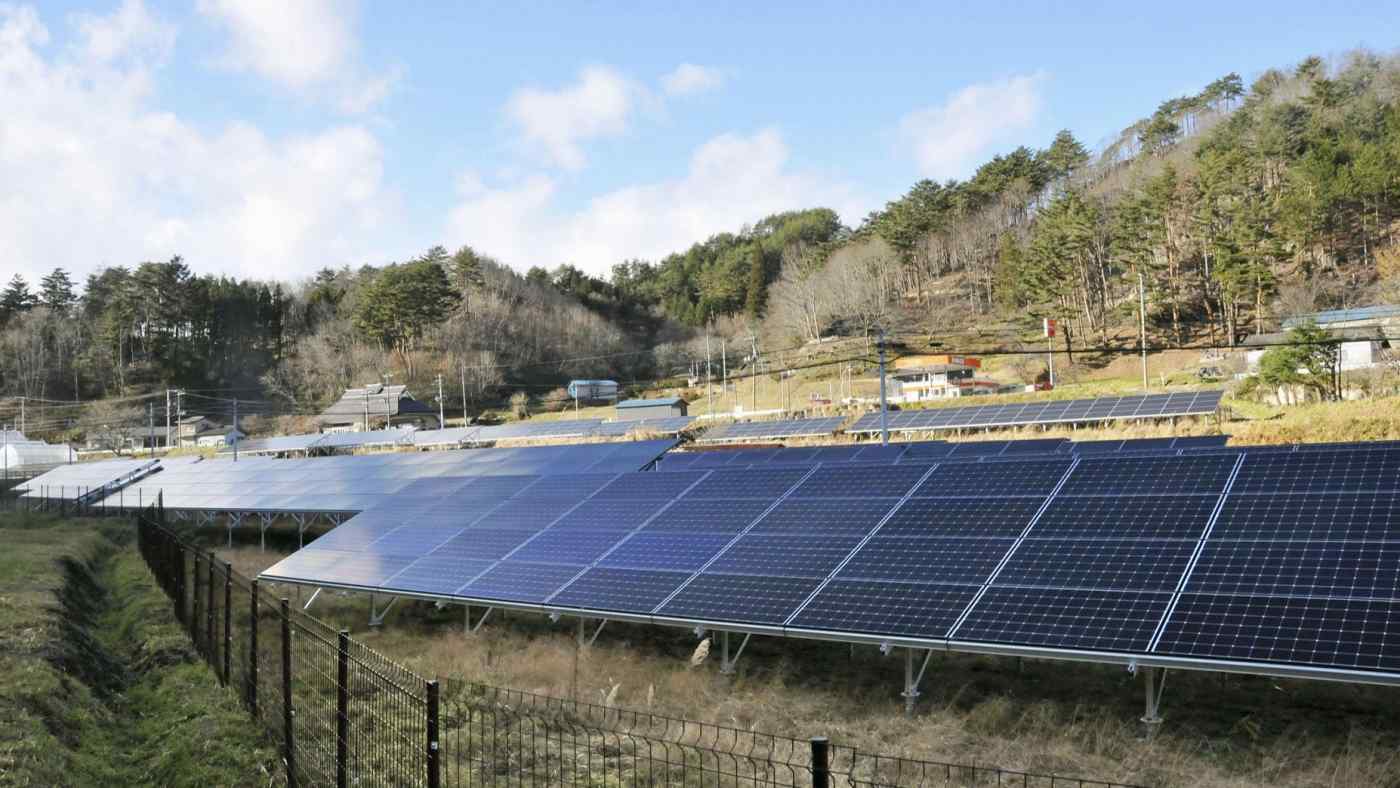 TOKYO -- An expert panel charged with mapping out a plan for Japan to achieve zero net carbon emissions by 2050 met for the first time Wednesday, focusing on what the revised target for 2030 should be and how to structure a carbon tax.

But Japan faces big hurdles in shifting to a more ambitious climate agenda. Analysts say that, if the country is to become a net emitter by 2050, then it will have to cut emissions by more than 40% by 2030. Tokyo committed the nation to cutting carbon emissions by 26% from the 2013 level under the Paris climate agreement.

Because Japan is a big greenhouse-gas producer among advanced nations, it is already under pressure to set a bolder goal than its current Paris target. Climate Action Tracker, an international collective of researchers that monitors progress toward the Paris agreement vision of keeping the global rise in temperature to within 1.5 degrees Celsius, says Tokyo must seek a reduction of more than 60% by 2030.

To reduce greenhouse emissions, a major expansion of renewable energy will be essential. Tokyo seeks to have renewables contribute to about 20% of the nation's electricity output by 2030.

The target was more or less attained last year thanks to the proliferation of solar power. But Japan still trails the U.K. and Germany, where renewables already account for more than 40% of electricity.

The Japan Association of Corporate Executives is calling for the renewable energy target for 2030 to be increased to 40%. The Japan Climate Leaders Partnership, a collective of businesses focused on adopting renewable energy, says the goal should go even further, aiming for up to around 50% of the energy mix.

"Japan has potential to roll out renewable energy even more," the association said. But the coalition and others point out that Japan has relatively greater difficulty than other countries in drawing on domestic sources of renewable energy technology. For this reason they say more efforts must be made to ensure the country is not locked out of global supply chains.

One obstacle to the adoption of more renewable energy is Japan's electric grid. The government has received reports, for instance, that small and midsize power suppliers are often asked by large utilities to pay steep fees to connect to the power transmission networks.

To relieve this burden on solar power and other renewable energy producers, the government will have to revise regulations and rules to encourage the mass adoption of renewable energy. Technological development is essential as well. Support can be given to the rapid commercialization of new types of solar cells that can be installed on the sides of buildings and atop the roofs of automobiles, places where it is hard to do so now because of current technology limits.

Research and development into hydrogen fuel as well as carbon capture will also be necessary. The combination of renewable energy generation and power storage, along with building an efficient power grid, will be essential to achieving significant emissions cuts..

Western nations are actively investing in decarbonization. In the U.S., President Joe Biden's administration plans to spend $2 trillion over four years toward this end. The European Union seeks to have 1 trillion euros ($1.17 trillion) in public and private funds be spent on decarbonization over 10 years.

Japan is setting up a 2 trillion-yen ($18 billion) fund for the same purpose, but its efforts risk being perceived as not as ambitious as those of Western nations.

In total, Japan will need to invest 165 trillion yen to achieve carbon neutrality by 2050, according to research led by Hiroshi Amano, a Nobel-winning professor at Nagoya University. It is estimated that around $30 trillion globally will need to be made in order to achieve environmental sustainability. Some of this money will have to come from the 240 trillion yen in cash that Japanese companies are sitting upon.

One promising idea is putting a price on carbon emissions. The European Union is already operating a carbon credit market that has proved effective in cutting greenhouse gases.

All participants in Europe's emissions trading reduced greenhouse gas output by 8.7% in 2019 compared to the previous year, according to the European Commission. This indicates that carbon pricing is a powerful tool to bring about change.

"Carbon pricing must be put in place immediately," said Tadashi Otsuka, professor at Waseda University in Tokyo. "It will be a driver in steering society toward decarbonization, such as setting in consumption habits and technological developments at corporations."