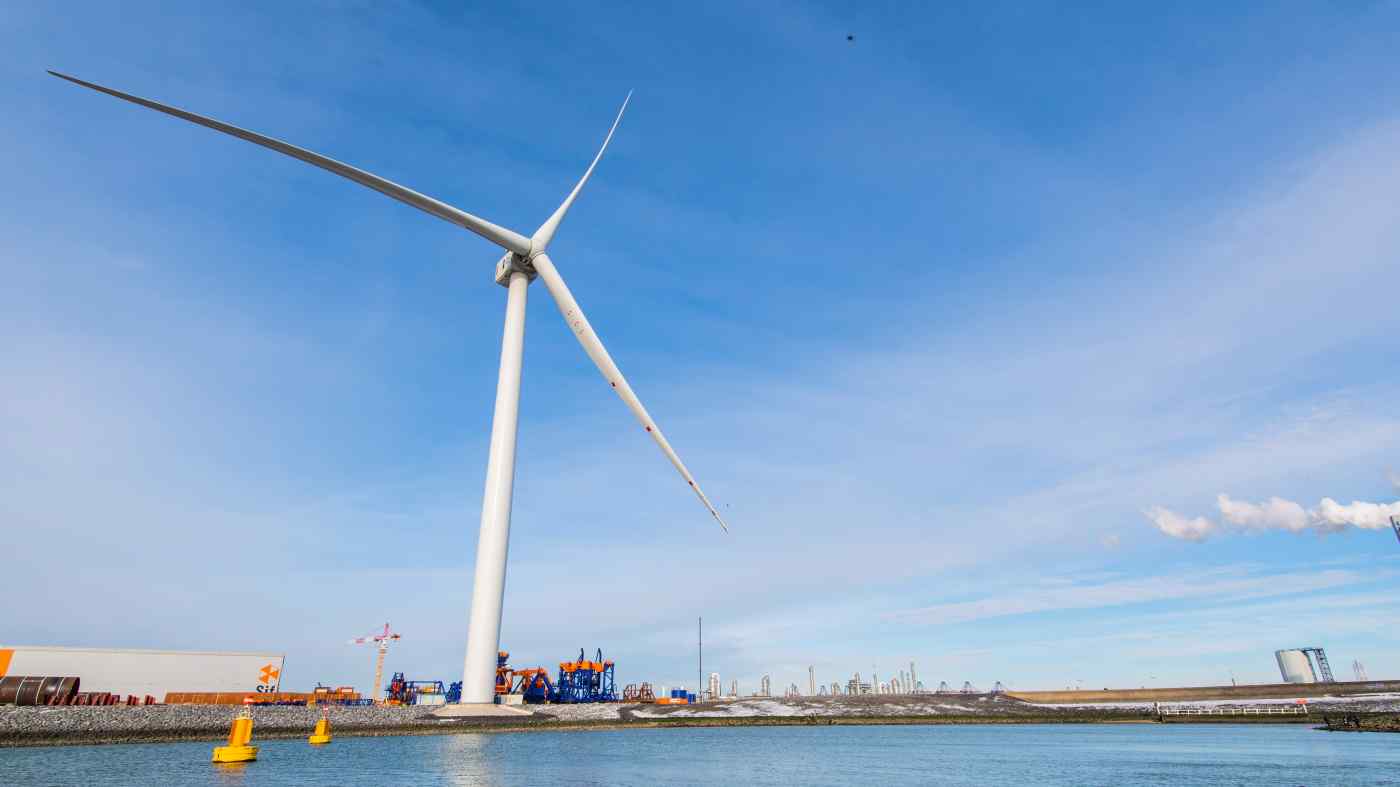 TOKYO/FRANKFURT -- The 21st century is becoming the age of renewable power as economies around the world ramp up their decarbonization efforts. But as the costs of solar and wind generation dramatically decline, Japan is lagging behind in its efforts to implement green electricity.

In the port of Rotterdam, in the Netherlands, a demonstration unit of the world's largest wind turbine, manufactured by General Electric, has been built. It is 260 meters high, with 107 meter blades, and each rotation produces enough electricity to power one household for about two days. The Dogger Bank wind farm off the coast of the U.K., which is under construction, will boast 190 of these turbines. When complete, it will have a generation capacity of 3,600 megawatts.