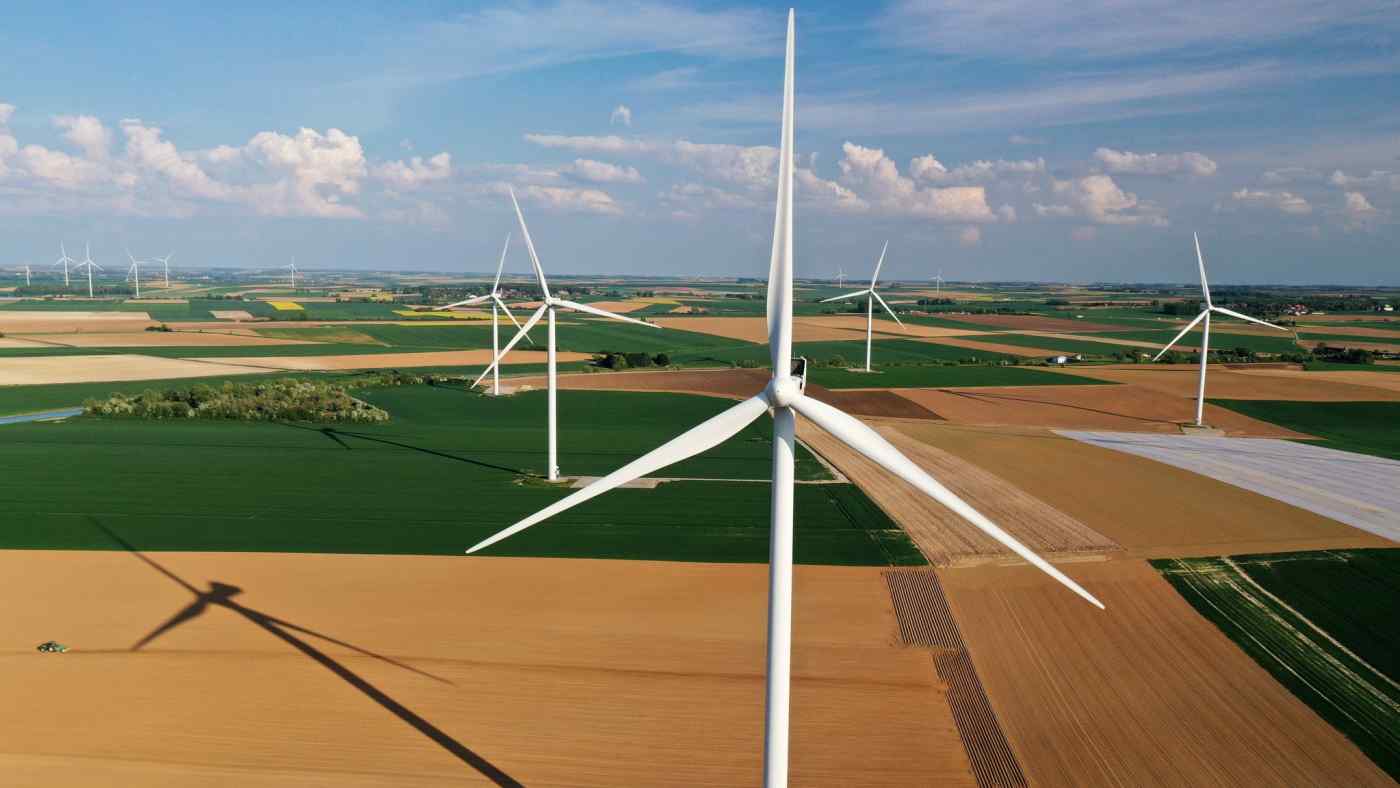 Japan generated less than a fifth of its power from renewable sources like wind in fiscal 2019. The figure needs to be much higher for the nation to meet its higher emissions reduction target.    © Reuters
Nikkei staff writersApril 23, 2021 05:14 JST | Japan
CopyCopied

The new goal is to cut greenhouse gas emissions by 46% from fiscal 2013 levels by fiscal 2030. The biggest hurdle is decarbonizing the energy sector, which generated about 40% of Japan's carbon dioxide emissions in fiscal 2019.