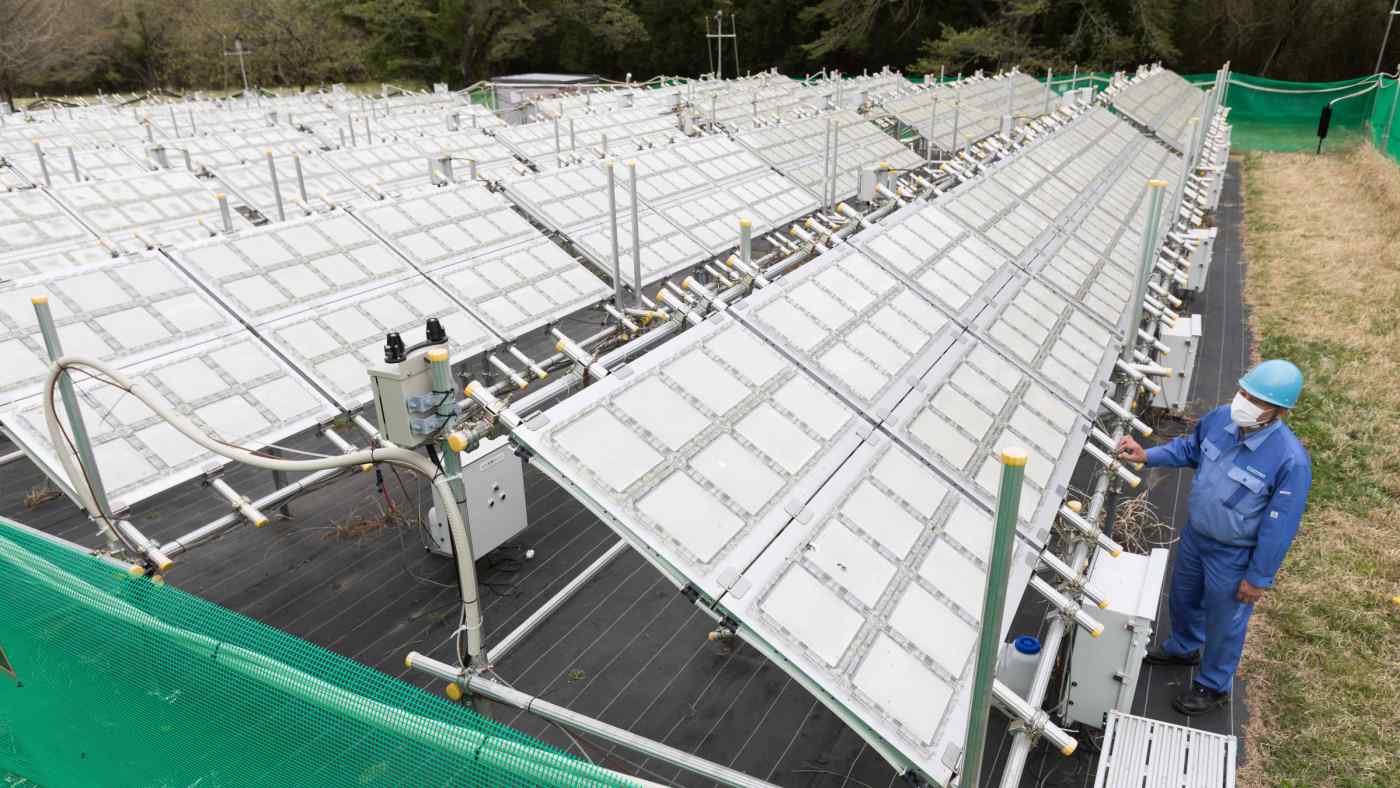 The University of Tokyo is using photocatalytic panels, like those at its research facility in Ishioka city, to create hydrogen out of water through the power of sunlight.
YUKI MISUMI and MAYUMI HIROSAWA, Nikkei staff writersFebruary 18, 2022 03:48 JST | Japan
CopyCopied

TOKYO -- Japan is laying the groundwork for a massive field test that will feature artificial photosynthesis, an emerging technology anticipated to be a game changer in the global effort to cut carbon emissions.

The University of Tokyo will team up with such companies as Toyota Motor and Mitsubishi Chemical as well as research institutions to conduct the government-funded project that will put the technology to the test in 2030. The goal is to commercialize the technology by 2040 by having it adopted at chemical makers.