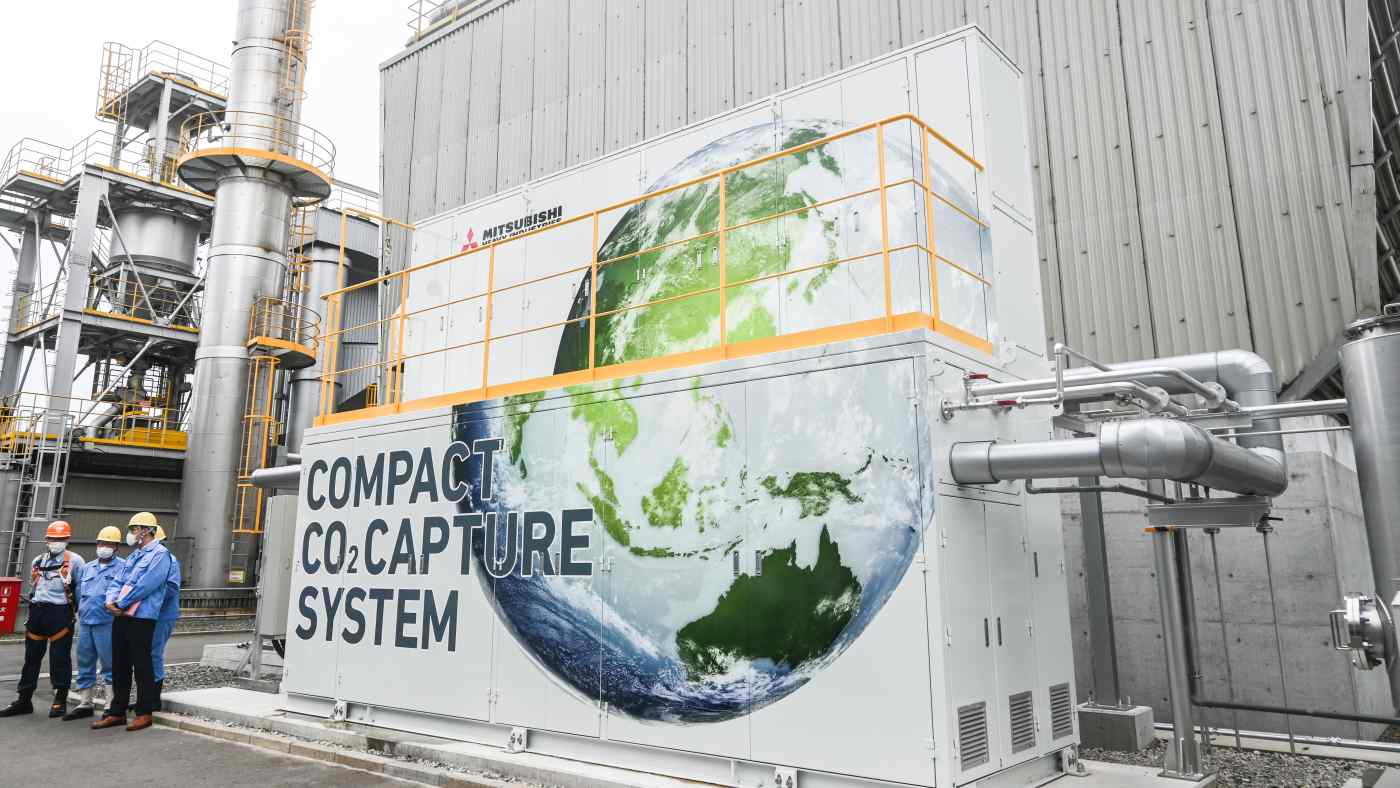 HIROSHIMA, Japan -- Japan's Mitsubishi Heavy Industries is preparing to launch a line of compact carbon capture units next year as demand for the technology spreads across industries and to smaller businesses.

Carbon capture, utility, and storage (CCUS) is used most commonly to trap carbon dioxide produced by thermal power plants and large factories. The captured carbon is then either stored or used to make other products.