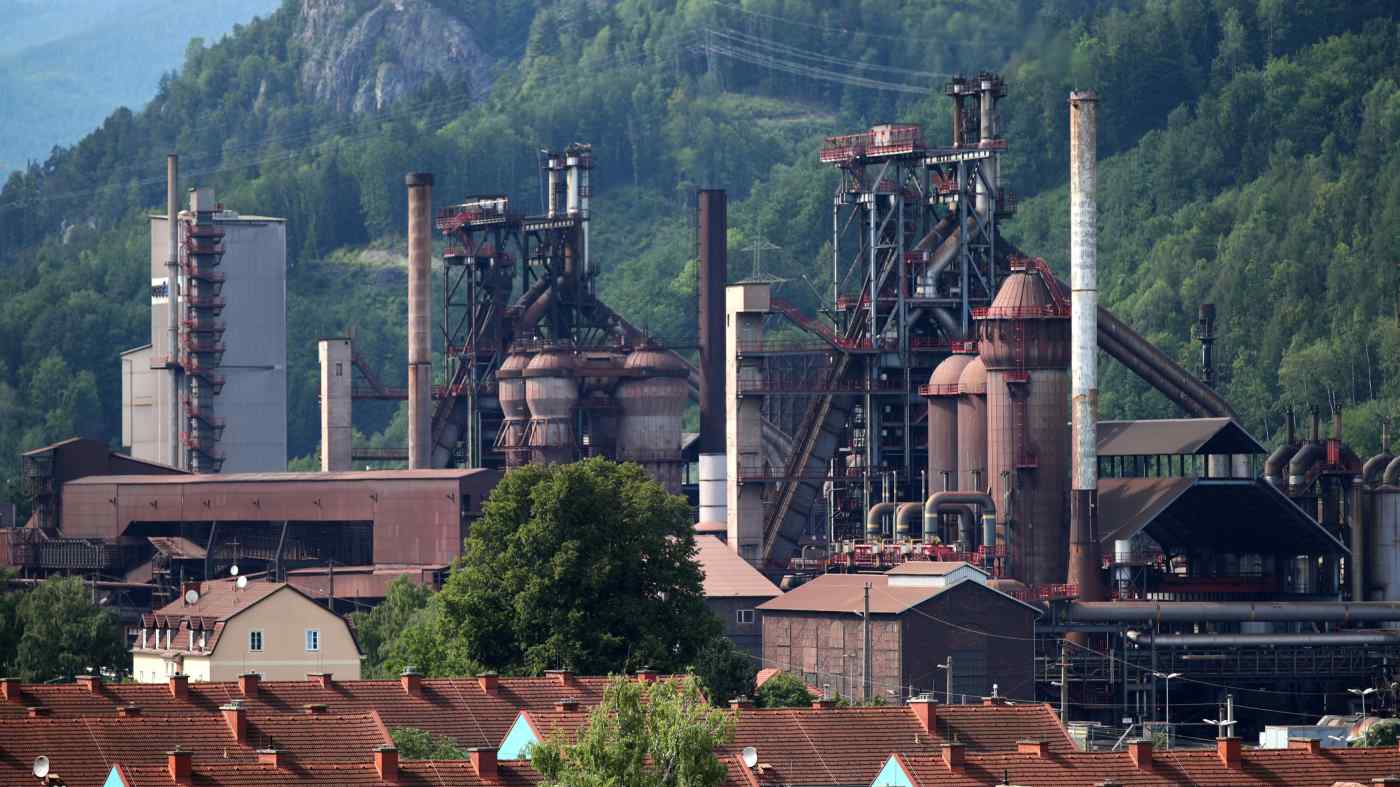 Mitsubishi Heavy, through a British unit, is constructing the pilot plant at a complex of Austrian steelmaker Voestalpine. Trial operation is slated to begin in 2021.

The plant will use hydrogen instead of coal in the reduction process for iron ore. The next-generation equipment will produce 250,000 tons of steel product a year.

The global steel industry generated about 2 billion tons of CO2 in 2018, according to the International Energy Agency -- double the volume in 2000. The steel sector's share among all industries grew 5 percentage points to 25%.

Iron ore reduction accounts for much of the CO2 emissions in steelmaking. Japanese steelmakers including Nippon Steel are developing hydrogen-consuming reduction processes based on the conventional blast furnace design.

For DRI to attain the same level of cost-competitiveness as blast furnaces, low-cost hydrogen will be key. Market costs for hydrogen now stand at around 100 yen per normal cu. meter, estimates the Ministry of Economy, Trade and Industry.

The government aims to get the hydrogen costs down to 30 yen per normal cu. meter by 2030, mainly via mass production.

But for DRI to be feasible in the steel industry, "the level needs to go below 10 yen," said an executive at a large steelmaker.

Germany's SMS, the world's leading supplier of steelmaking equipment, is pursuing the hydrogen-fueled steelmaking process, along with runner-up Danieli of Italy. Among steelmakers, Luxembourg-based ArcelorMittal plans to build a German pilot hydrogen steel plant in 2021. Competitors such as Germany's Thyssenkrupp and Salzgitter are investing in DRI.

Mitsubishi Heavy, the world's third-largest steelmaking equipment supplier, is also securing a hydrogen supply chain. In October, the company bought a stake in a Norwegian outfit that makes hydrogen-producing equipment.

Elsewhere, Mitsubishi Heavy has decided to acquire stakes in hydrogen producers in such places as Australia. The group will oversee supply of hydrogen, together with equipment construction and engineering.

The European Union announced in July an initiative to invest 470 billion euros ($572 billion) in hydrogen by 2050. Hydrogen steel plants are anticipated to receive support. Europe is home to a growing number of businesses that deal in hydrogen. Mitsubishi Heavy will capture the steel industry's demand for hydrogen to offset the softer growth prospects for thermal power plant equipment.