Nippon Steel pledges to be carbon neutral by 2050 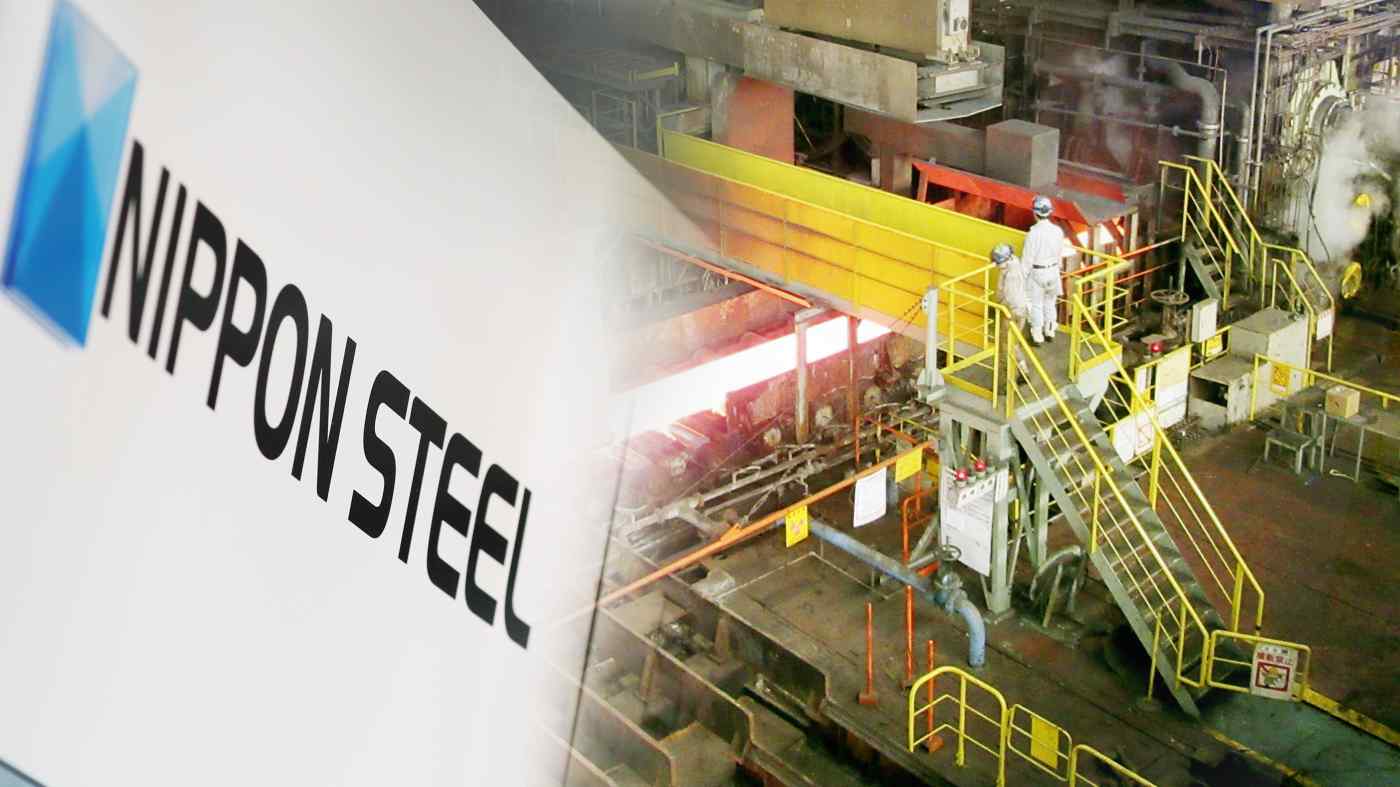 Nippon Steel wants to be carbon neutral by 2050, a move that could encourage other manufacturers to follow. (Source photos by Hirofumi Yamamoto and Kyodo)
Nikkei staff writersDecember 10, 2020 18:38 JST | Japan
CopyCopied

TOKYO -- Nippon Steel has set a goal to reach net-zero emission by 2050, Nikkei learned on Thursday, a move that could nudge other manufacturers to try to meet Prime Minister Yoshihide Suga's pledge to achieve carbon neutrality across the country by the same year.

Nippon Steel, Japan's biggest steelmaker, will introduce a new way of steelmaking using hydrogen which can reduce carbon emissions by up to 80% compared with conventional methods of production. The steelmaker's new green target will be unveiled in a business plan it is currently drafting which will be published by March 2021.

The company will also accelerate the shift from its aging facilities to electric furnaces that are environmentally friendlier. Such a move by Nippon Steel is significant because the steel industry is the biggest generator of carbon emissions within the manufacturing sector.

Nippon Steel had not set out when it would try to reach carbon neutrality, but on Thursday President Eiji Hashimoto told Nikkei of the company's goal. The plan it is now drafting will also set a target for 2030 for other green initiatives but the zero-emission goal will form the pillar of its strategy.

Together with its rival JFE Steel, Nippon Steel is now working on figuring out ways to replace coke with hydrogen as a reducing agent. It will start using an electric furnace in a steel mill in Hyogo Prefecture in the fiscal year ending March 2023, with the view of expanding such usage. It will also look into carbon capture and storage technologies to ensure it meets its environmental target.

European steelmakers are one step ahead when it comes to emissions reduction. Luxembourg-based ArcelorMittal is investing 40 billion euros ($48.4 billion) in setting up low-emission steelmaking methods including the use of hydrogen, with the ultimate aim of cutting emissions to zero globally by 2050.

Germany's ThyssenKrupp started building a new steel mill that uses the hydrogen steelmaking method in August and will complete most of the construction by 2025.

Despite these efforts, companies face big challenges. ArcelorMittal projected that it would cost at least 200 billion euros to realize the hydrogen steelmaking method. On top of the hefty research and development costs, companies also face difficulties in creating infrastructure for the procurement of hydrogen.

In Europe and China, governments are taking the lead and supporting steelmakers financially to make the transition to hydrogen. Hashimoto of Nippon Steel said that transnational and trans-industry efforts are crucial for companies to accelerate research and development in setting up infrastructure for hydrogen to be procured affordably, for example.

Because of the difficulties in moving away from coal, the Japan Iron and Steel Federation had initially set the zero-emission target for 2100. However, with investors pushing companies to do more for the environment, Nippon Steel started in April an internal discussion over measures to reduce emissions.

Suga's pledge has also encouraged the company to take the lead in accelerating decarbonization efforts. With the steel giant moving forward its zero-emission target, a wider range of companies including its suppliers and customers are likely to have to start taking action against global warming.