Nissan on path to cobalt-free EV batteries by mid-2020s 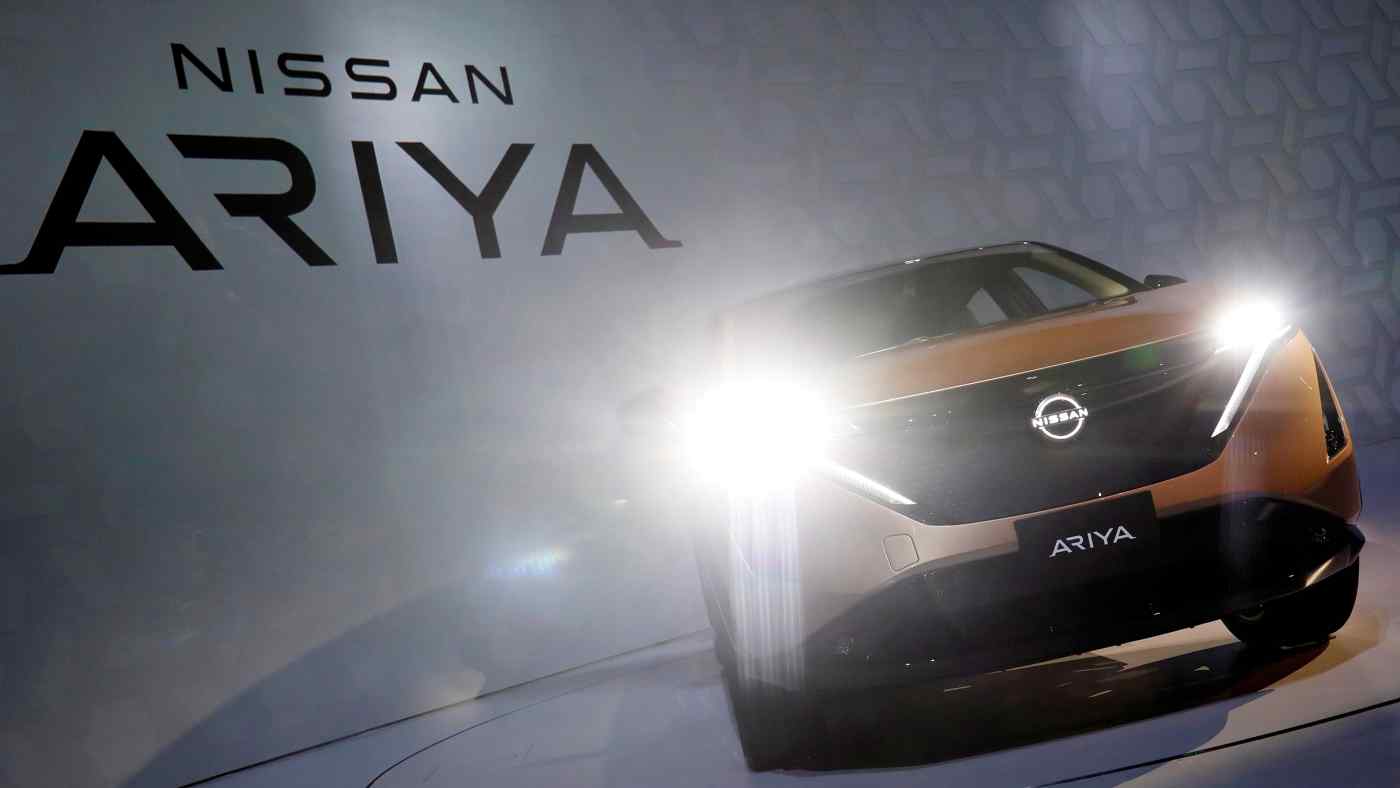 Nissan says it will reduce cobalt's composition ratio to about 10% for an Ariya electric vehicle to be introduced later this year.   © Reuters
Nikkei staff writersApril 1, 2021 19:34 JST | Japan
CopyCopied

The Japanese automaker wants to reduce the cost of electric vehicles, without affecting the range of these cars on a single charge.

Batteries account for 30% of an electric vehicle's manufacturing cost. And about 20% of the battery's cost comes from the positive electrode, which is made of 20% cobalt as well as nickel and manganese.

Nissan says it will reduce cobalt's composition ratio to about 10% for an Ariya electric vehicle to be introduced later this year.

In developing a cobalt-free EV battery, Nissan expects to further increase the proportion of manganese and improve the quality of the negative electrode.

Tesla of the U.S. and other automakers are in a cutthroat competition to develop new EV battery technology.

Nissan says the prospect of realizing the mid-2020s target has been confirmed on a theoretical basis.

Further down the road, by around 2030, Nissan expects to be able to bring down the cost of building an EV battery to less than $100 per kilowatt-hour, from $150 per kW hour currently.

Its rivals are racing toward the same goal lines. Tesla is currently striving to reduce the positive electrode's cobalt composition ratio to a few percent. Its ultimate goal is zero cobalt. Panasonic has already reduced the ratio to less than 5% and plans to make a cobalt-free positive electrode in the next few years.

Cobalt-free batteries already exist; they instead use lithium iron phosphate, or LFP, as a positive electrode material. But these batteries do not carry a charge for long and are only serviceable over short distances.

Cobalt is found in few places, such as the Democratic Republic of the Congo, in Africa. Congolese mines have brought political instability and drawn condemnation for their use of child labor.

As more nations implement policies that point toward decarbonization, governments, manufacturers and consumers are looking to the promise of electric vehicles to reduce greenhouse gas emissions.

This explains why demand for cobalt is soaring and prices are skyrocketing. In 2020, a pound of the material fetched around $15. Early last month the price was around $25, about 60% higher than at the beginning of the year.

Nissan in 2010 rolled out the world's first mass-produced electric vehicle, the Leaf, and was once considered a leading player in the growing market.