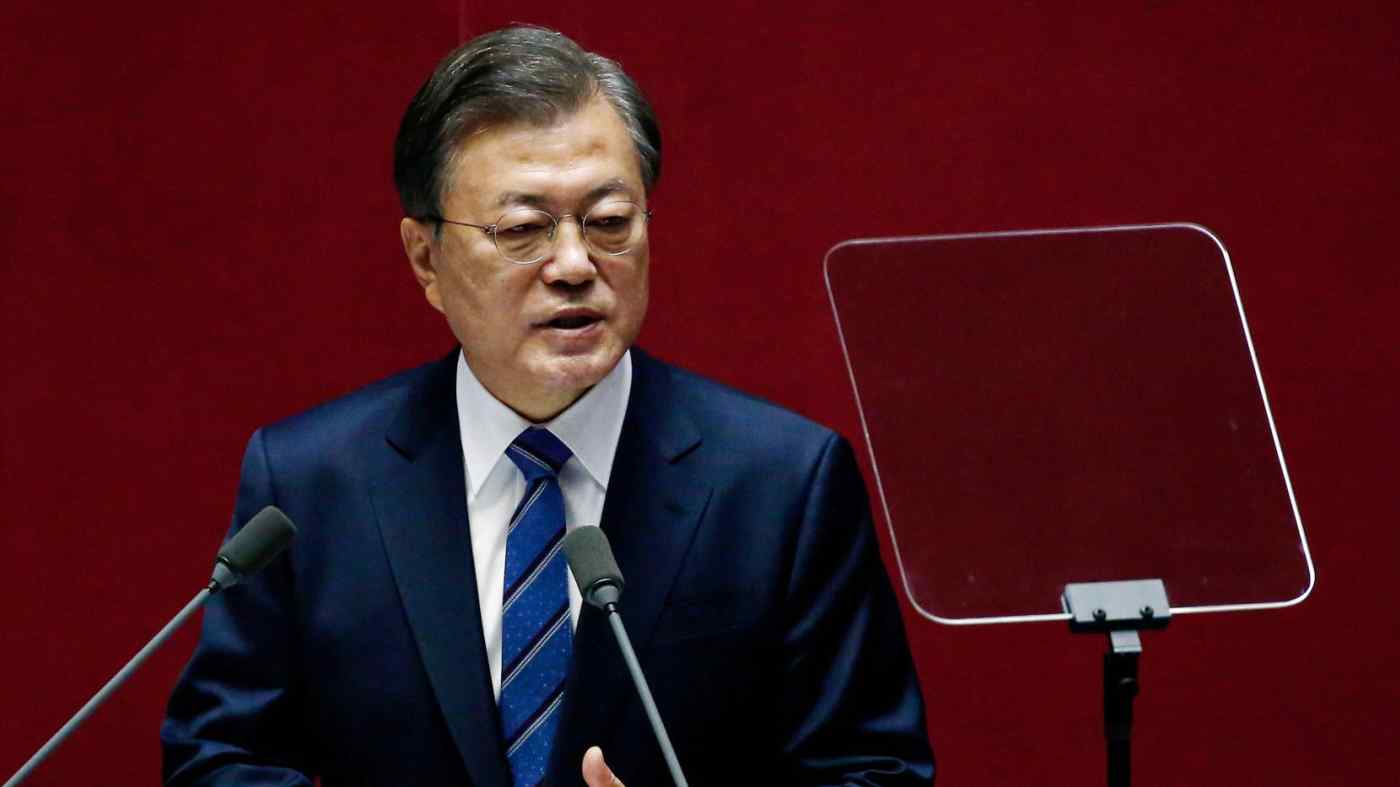 President Moon Jae-in said Wednesday that Asia's fourth-largest economy has set a goal of achieving net-zero emissions in the next 30 years.

"The government has pushed for strong policy to shift energy [sources] so far, but we still need to improve many things. We will go toward carbon neutral by 2050, taking action on climate change," Moon said in a speech to the National Assembly. "We will replace coal power with renewable energy, creating new markets and industries as well as jobs."

The announcement comes two days after Japanese Prime Minister Yoshihide Suga declared the country will strive to become a carbon neutral society, with zero net emissions, by 2050. A "shift in thinking" is necessary to look at the challenge as "leading to major growth," Suga said in his first policy speech to the Diet, signaling his focus will be on spurring innovation.

There had been growing calls within South Korea's ruling party for the government to act after Japan and China set those emission targets. Another factor is the view that the international community will take more interest in efforts to fight global warming if former Vice President Joe Biden, the Democratic presidential candidate, wins in the U.S. election on Nov. 3.

In his speech, Moon said that he will further promote domestic production of parts and materials. Referring to Japan's tightening of export controls for semiconductor materials, he said: "We will grow to become a global player, surpassing Japan."

Global investors and the United Nations welcomed Moon's announcement, and urged Seoul to stick to its promise by implementing concrete policies.

"The three largest economies in East Asia now have clear commitments to net zero emissions by or near mid-century. This is a powerful market signal that should help encourage other Asian nations to follow suit and send a strong message to carbon-intensive trade partners further afield that the region is moving to decarbonize," said Rebecca Mikula-Wright, executive director at Asia Investor Group in Climate Change.

Stephane Dujarric, spokesman for UN Secretary-General Antonio Guterres, said the organization looks forward to the concrete policy measures that will be proposed and implemented to reach this goal.

"This includes the Republic of Korea submitting in time for COP 26 a revised 2030 Nationally Determined Contribution which is more ambitious and consistent with its new commitment to carbon neutrality by 2050," the spokesman said.

The announcement follows a wave of shifts by South Korean institutions away from coal.

Over the past month, KB Financial Group, Samsung C&T and Kepco have announced exits from thermal coal power projects.

Samsung C&T and Kepco had been under pressure from global investors to stop getting involved in coal power projects at home and abroad including building a large-scale coal power plant in Vung Ang, Vietnam.