Foreign rivals ahead in EVs and hydrogen-powered steel mills 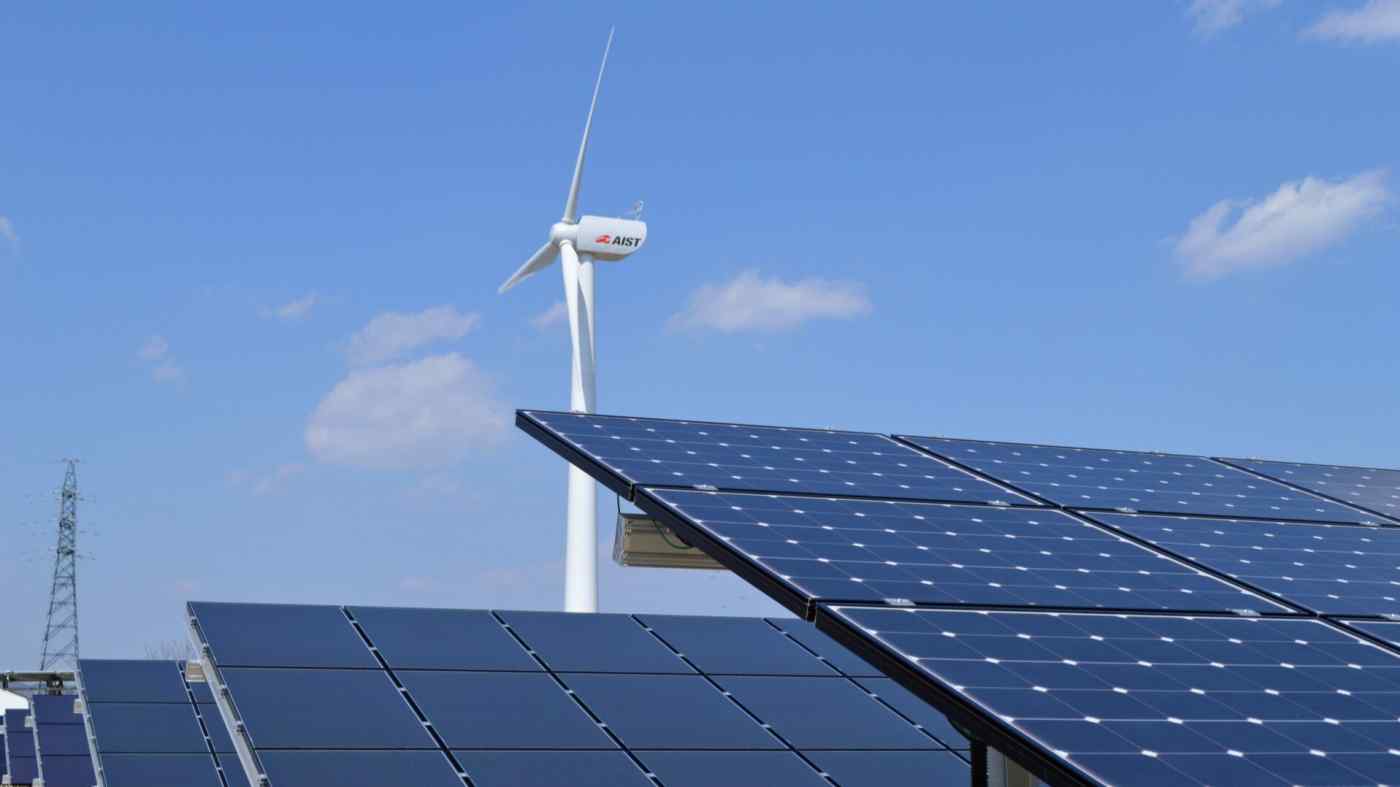 TOKYO -- The race is on. Japan's pledge to become a zero-emissions society by 2050 will send automakers, steel producers and other big industrial players scrambling to develop green technologies that will help slash their carbon footprints.

"I hereby declare that Japan will strive to become a carbon neutral society, with zero net emissions, by 2050," Prime Minister Yoshihide Suga said Monday in his first policy speech to the Diet. A "shift in thinking" is necessary to look at the challenge as "leading to major growth," Suga added, signaling his focus on spurring innovation.

It was a wake-up call to leading Japanese corporations that have fallen behind international rivals in such technologies. Given the high hurdles they face, concerted efforts by both the private and public sectors are crucial to make Suga's vision a reality.

"We will need to do everything we can to shift to electrics," an executive at a Japanese automaker said.

Automakers in Japan have enjoyed success with hybrids and other fuel-saving vehicles. But their outlook on electric cars and fuel cell vehicles is murky. 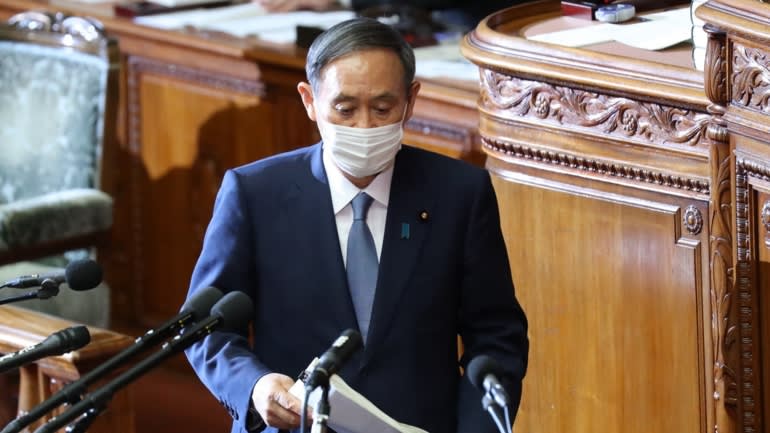 Prime Minister Suga heads to the podium in Parliament on Oct. 26. (Photo by Uichiro Kasai)

Japanese automakers did not foresee the popularization of electric cars -- with their limited range and their need for charging stations -- and so focused on hybrids. But the electric-vehicle market has expanded rapidly in recent years, thanks in part to efforts by such players as Tesla.

Tesla has won many fans worldwide, including in Japan. With consumers here expected to place more weight on environmental factors moving forward, Japanese players could play catch-up on electrics for a long time.

Japanese automakers had sold a cumulative 3,800 or so fuel cell vehicles here as of the end of fiscal 2019, far short of the government's goal of 40,000 by 2020, despite being leaders in the field. They face pressure to set up more hydrogen stations and to cut prices, especially with many countries making a joint push with their private sectors on fuel cell and hydrogen vehicles. Steel is another field in need of major change. The industry is responsible for nearly 30% of carbon dioxide emissions worldwide. In Japan, it produces 47.6% of all industrial emissions.

Steel can be produced with a blast furnace, which melts iron ore using a coal derivative called coke, or with an electric-arc furnace, which uses electric currents instead. Top Japanese players Nippon Steel, JFE Holdings and Kobe Steel use blast furnaces, which have a large carbon footprint.

European companies have begun working to curb emissions by using hydrogen instead of coal derivatives to melt the ore. Thyssenkrupp unveiled in August plans to build a hydrogen-powered plant with an annual capacity of about 400,000 tons, which it said could largely be completed by 2025. ArcelorMittal plans to become carbon neutral worldwide by 2050 through the use of hydrogen and carbon capture technologies.

Similar efforts are underway in Japan, with the top three steelmakers running a joint trial toward cutting emissions with the New Energy and Industrial Technology Development Organization. Still, they have fallen behind on building the necessary infrastructure.

"Unless we can secure a cheap and plentiful supply of hydrogen, we won't be able to use hydrogen to make steel," Nippon Steel President Eiji Hashimoto has said.

Japan's steel industry currently aims to achieve net zero emissions by the year 2100. Hydrogen is critical to shortening this timeline by 50 years, and the government and private sector will likely need to create the necessary environment together.

"This is an extremely difficult challenge," said Hiroaki Nakanishi, chairman of the Japan Business Federation, or Keidanren, in response to Suga's remarks. While he lauded the prime minister's push for net zero emissions by 2050, he said meeting the goal will require the development and dissemination of revolutionary technology.

Despite the accelerating shift toward renewable energy, generating power using solar and other green sources remains an expensive endeavor in Japan that relies heavily on the government's feed-in tariff scheme.

European and Chinese players control the majority of the market for solar panels and wind power equipment, both areas where further technological advances are needed. The Japanese government will likely need to figure out how to support businesses at home, including industry newcomers, that are taking risks to make inroads in such fields.