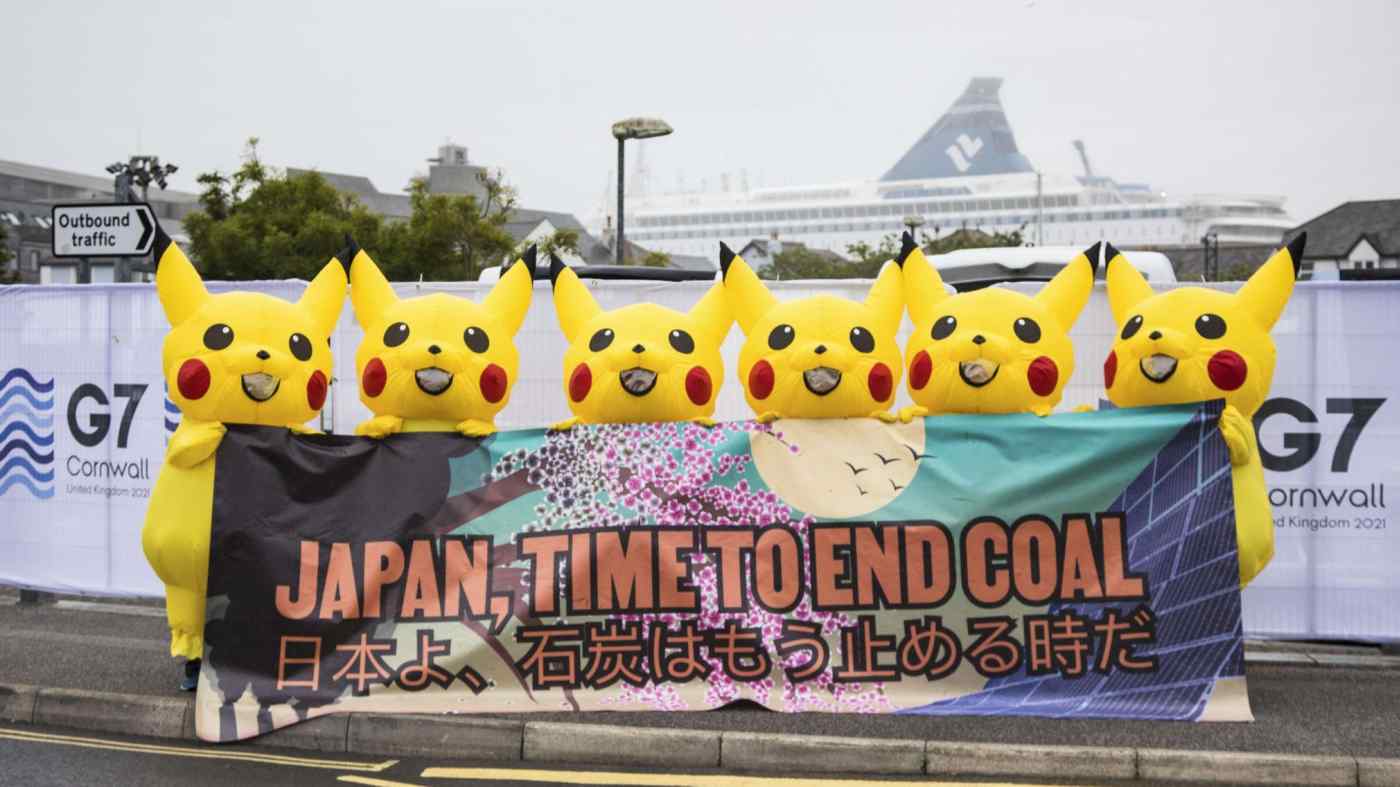 TOKYO -- Japanese Prime Minister Yoshihide Suga has committed to ending government support this year for overseas coal power projects led by domestic companies without offsets, bringing his country in line with Group of Seven peers in their stance against the fossil fuel.

Suga's promise Sunday at the G-7 summit in the U.K. marks a step forward from May, when Japan agreed at a meeting of environmental ministers to take specific actions on ending coal funding in 2021.

The move to create a united front against coal puts the focus on China, the world's top emitter of greenhouse gases.

"It is important to seek further efforts not only from advanced economies but also from major emitters," Suga told fellow G-7 leaders.

Japan is the only G-7 country to provide government support for exports of coal power technology -- a stance that has drawn criticism from the likes of climate activist Greta Thunberg. An energy official at the Ministry of Economy, Trade and Industry on Monday declined to say whether Japan would continue aid for high-efficiency coal-fired plants.

"Our policies will reflect" the G-7 communique, the official said, adding that support would continue for projects under contract, in countries such as Indonesia and Vietnam.

Japan depends on coal more than any other G-7 member, relying on the fuel for around 30% of its electric power output. This high level partly reflects the prolonged shutdowns of aging nuclear power plants since the 2011 Fukushima disaster prompted stricter safety rules.

Pressure is building for domestic action as well. In terms of national energy capacity, G-7 leaders agreed "to rapidly scale up technologies and policies that further accelerate the transition away from unabated coal capacity," the communique said. During negotiations on the draft statement, some members proposed setting a target year for phasing out coal plants that lack emissions-reducing upgrades.

Exceptions are allowed for plants with such technology, which includes carbon capture, utilization and storage.

G-7 leaders at the summit committed to roughly halving their collective greenhouse gas emissions by 2030 compared with 2010.

But rich nations also face pressure to provide aid for poorer countries suffering the effects of climate change. Advanced economies failed to reach an international goal of providing $100 billion a year in support, both public and private, by 2020 to meet the climate-related needs of developing countries.

Suga said Japan would provide the equivalent of 6.5 trillion yen ($59.3 billion) in support over five years from 2021.