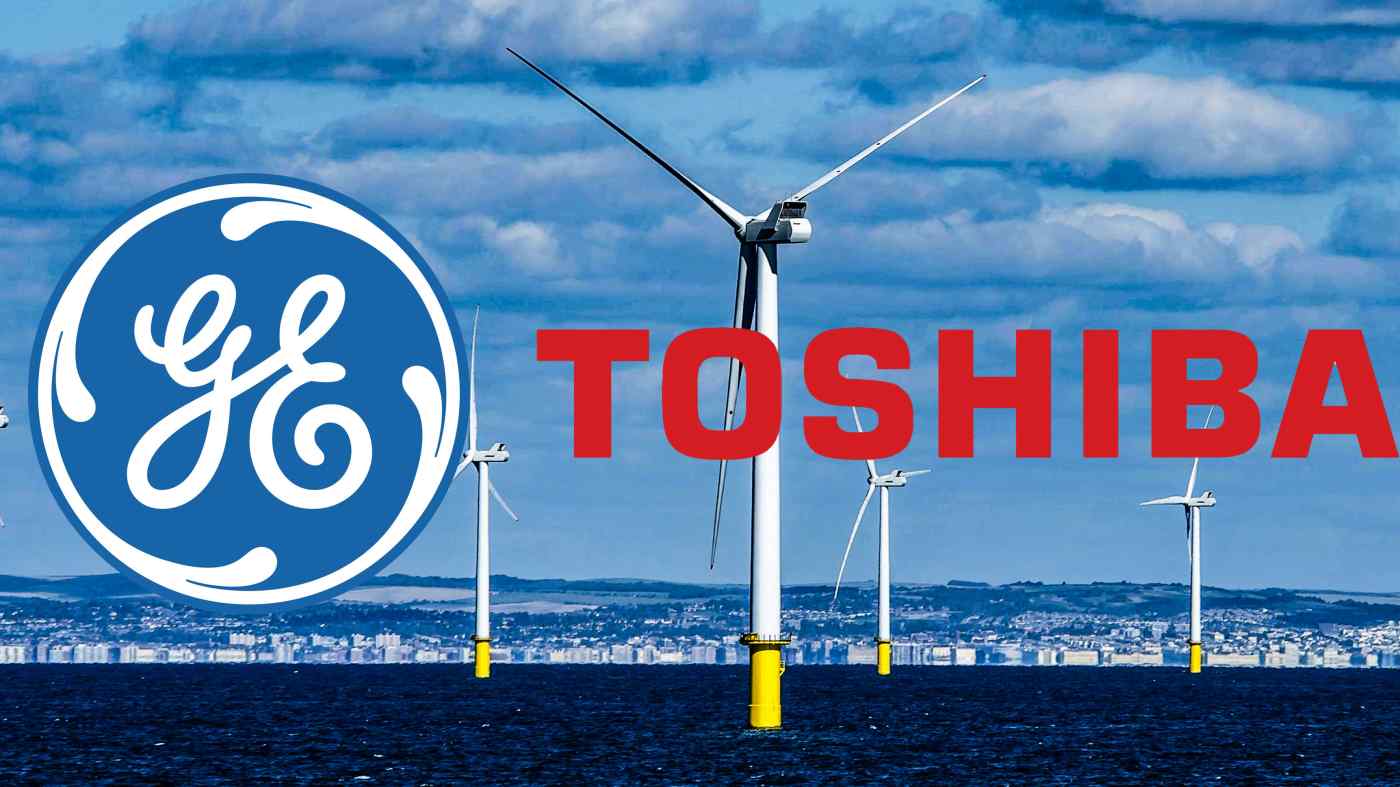 TOKYO -- Toshiba and General Electric are in talks to coproduce core equipment for offshore wind power systems, Nikkei has learned.

The companies are focusing their talks on a piece of equipment known as the nacelle, sources say. A nacelle houses a wind turbine's components, including the generator, gearbox, drive train and brake assembly.

A Toshiba plant in Yokohama would be used to build the nacelles.

The negotiations come as Japanese companies struggle in the wind power generation business, with some, including Hitachi, having retreated.

Toshiba intends to increase its share in the fast-growing market through a tie-up with GE, which should help it to reduce costs.

The government is aiming to increase its electricity generation capacity of offshore wind farms from the current 20,000 kWh up to 45 million kWh by 2040. This is equivalent to the electricity generated by 30 nuclear power plants in the country.

Japanese companies were among the first to start making wind turbines. They now find themselves playing catch-up. The problem has been Japanese companies' inability to gain enough market share to operate profitably.

Besides Hitachi, Japan Steel Works has also left the market.

Mitsubishi Heavy Industries does not make turbines but sells those made by other companies.

Offshore power plants need tens of thousands of parts made by a range of industries, and Japan's government is aiming to procure 60% of all necessary parts domestically by 2040.

This will require national players to start producing core equipment and to come together to form a reliable supply chain.

The Yokohama plant is run by Toshiba's Keihin Product Operations. It makes wind turbines as well as hydroelectric power generation turbines. If Toshiba and GE reach an agreement, the plant will also take up nacelle assembly.

Toshiba has been seeking opportunities in renewables as it retreats from the construction of coal-fired power plants.

GE represents a big opportunity as it controls the biggest share of the market for offshore and onshore wind power plants.

Toshiba and GE could announce details of an arrangement next month. The companies could also expand a partnership into the relatively profitable field of maintenance services for power generation equipment.

The companies have their eyes on Asian markets. By tieing up with Toshiba, GE would secure a production base in Japan, a country whose renewable market is on the cusp of explosive growth.

GE and Toshiba have also been partners in the nuclear power plant and thermal power plant businesses.

This would put it on the doorstep of the Japanese market.

It remains unclear whether Toshiba and GE can catch up with their cost-competitive rivals and expand their shares of Japan's renewables market.