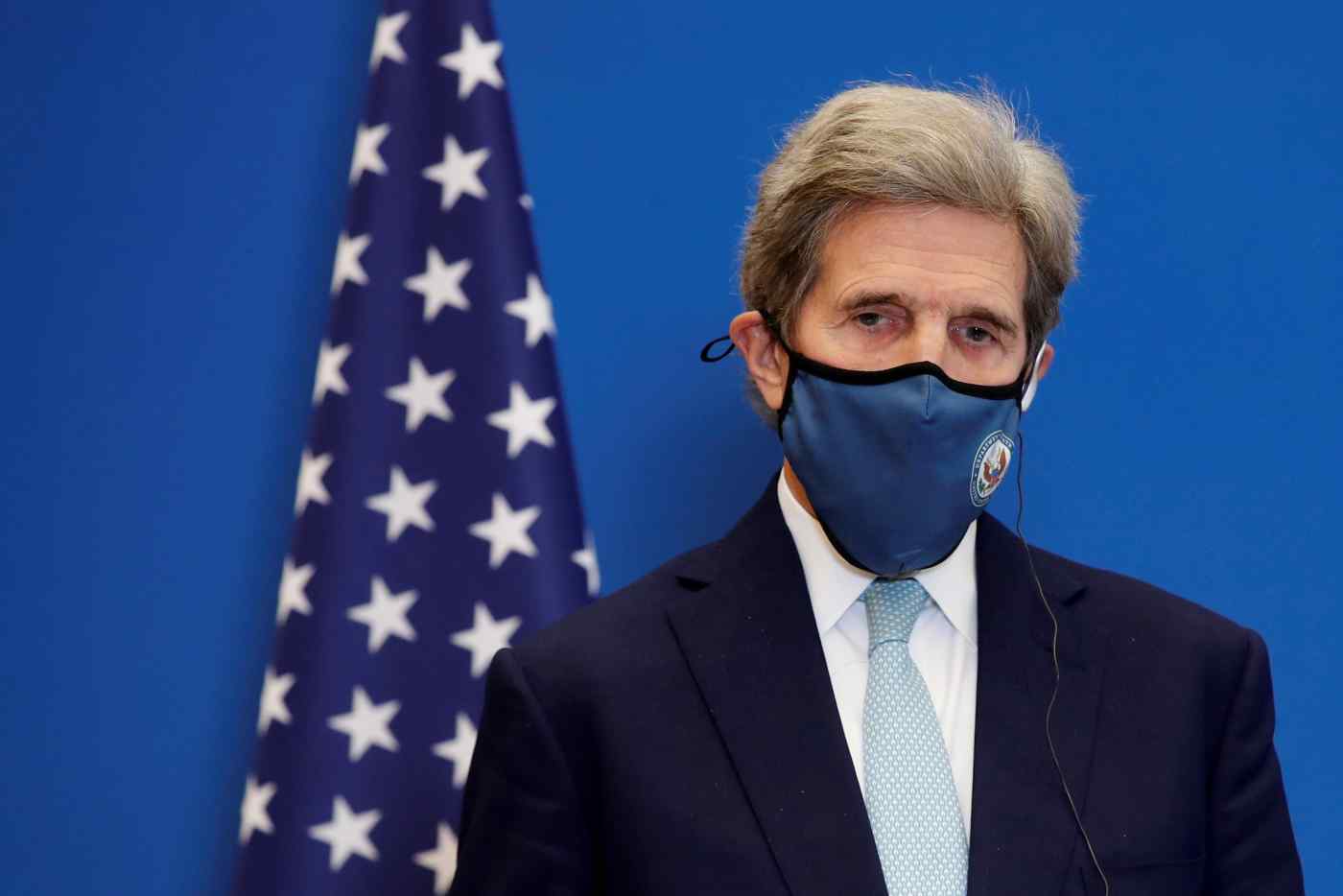 WASHINGTON/BEIJING -- U.S. climate change envoy John Kerry met Thursday with Chinese counterpart Xie Zhenhua in Shanghai ahead of a major climate summit being organized by Washington, as the two powers seek common ground even as they jockey for leadership in the fight against global warming.

The trip -- the first by a senior official in U.S. President Joe Biden's administration amid a fractious relationship that some have called a "new Cold War" -- comes a week before the two-day virtual meeting starting April 22 when much of the world marks Earth Day.