From resource conflicts to reanimated microbes, threats emerge at top of the world 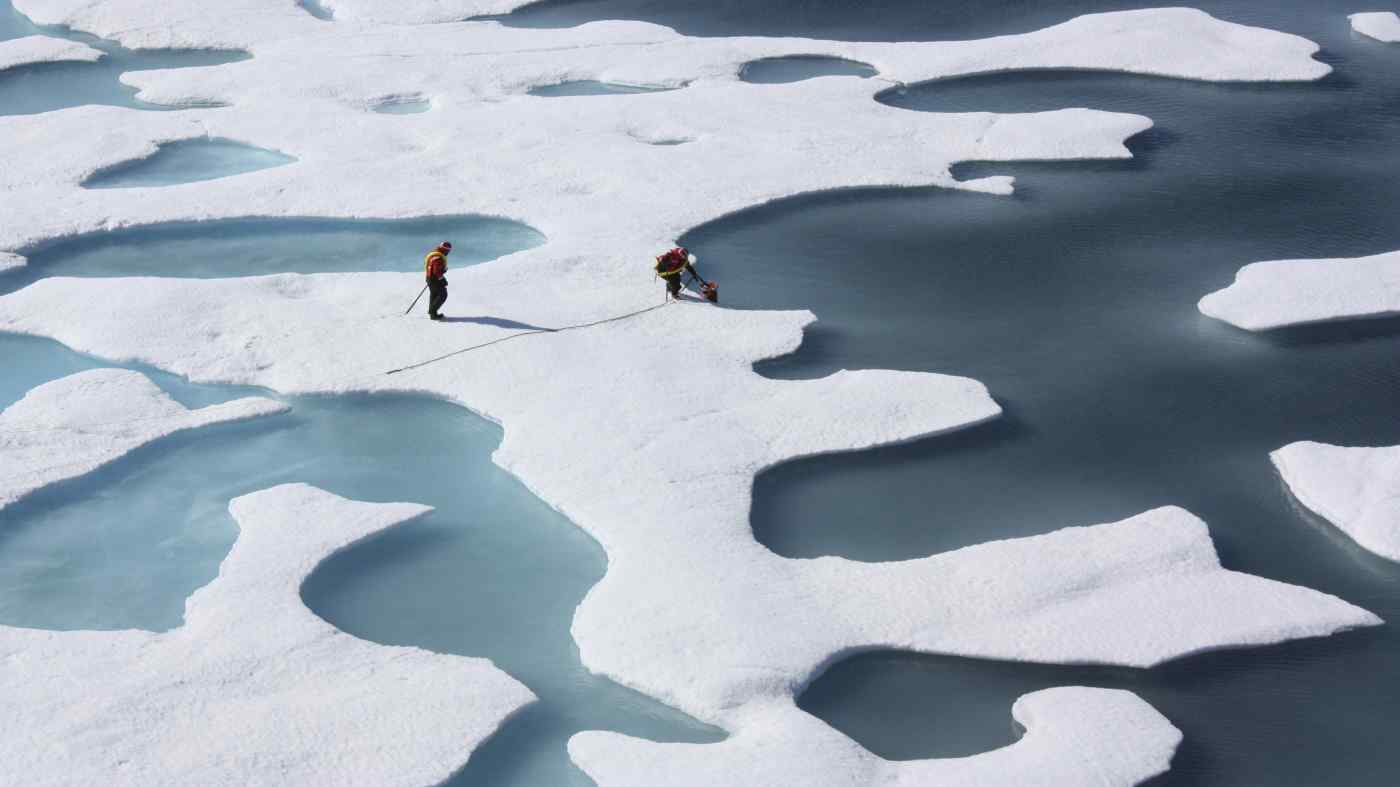 The Arctic is warming twice as fast as the rest of the world.   © Reuters
KAZUNARI HANAWA, Nikkei staff writerJune 28, 2021 00:41 JST | Europe
CopyCopied

TOKYO -- Dormant forces buried under Arctic ice for thousands of years are remerging, posing a multitude of threats to civilization from potential conflicts over newly unearthed resources to viruses long-thought lost to history.

As governments scurry to stop climate change in the 11th hour, temperatures are rising twice as fast in the Arctic as in the rest of the world. The global repercussions came to the forefront this year with an election in Greenland that stymied China's ambitions there.

The rapid melting of Greenland's ice sheet -- 532 billion tons of ice were shed in 2019, the largest loss ever measured -- has opened up the possibility of excavating metals that had been covered by the ice.

This has attracted China, which accounts for 60% of global production of rare-earth metals. Shenghe Resources, the country's largest rare-earths company, signed on to develop a mine on Greenland's southern coast.

The controversial project became a central issue in the Danish territory's April election, helping to lift a left-wing pro-environment party to victory and hitting the brakes on Beijing's strategy for now.

Rare earths are critical to efforts to fight climate change, with applications including electric vehicles and wind turbines. Global demand is poised to soar as countries set targets for achieving net-zero emissions. Demand for certain rare earths used in electric vehicles is projected to exceed supply in 2025.

Meanwhile, America, Europe and Russia are vying for access to Arctic travel routes opened up by the melting ice.

U.S. Secretary of Defense Lloyd Austin cited such competition when he called climate change a "profoundly destabilizing force for our world" during a climate summit in April.

Beyond the geopolitical concerns, the melting of the Arctic poses more direct threats, as the disappearance of ice leads to the release of harmful substances. 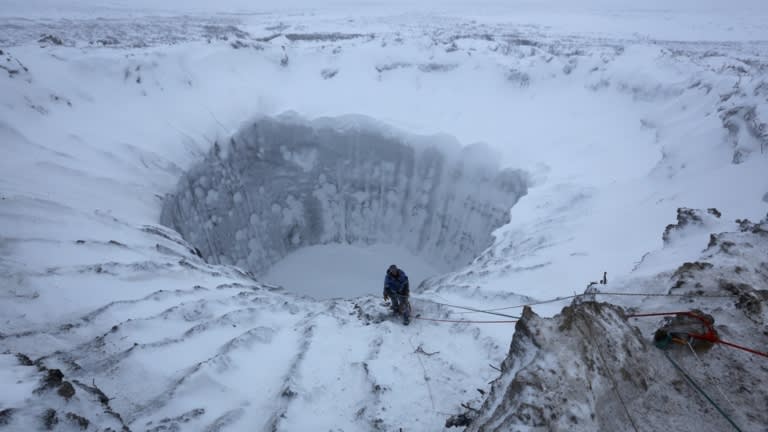 Massive craters forming in Siberia have been linked to eruptions of underground gas escaping from weakening permafrost.    © Reuters

There is estimated to be nearly twice as much carbon frozen in permafrost than there is in the atmosphere, in the form of organic matter -- namely, plant and animal remains. As these thaw, they are digested by microbes that in turn generate carbon dioxide or methane, leading to further warming that accelerates the thawing process.

This creates a vicious cycle that risks counteracting countries' efforts to curb their emissions and endangering the Paris climate accord's goal of limiting warming to 1.5 C above pre-Industrial Revolution levels.

Researchers have also connected a 2016 outbreak of anthrax in western Siberia to spores released from a decades-old frozen reindeer that thawed out during a heat wave that year.

The region has continued to see unusually high temperatures, with the town of Verkhoyansk in northern Siberia reaching 38 C last June. Average temperatures in Siberia during the first half of 2020 were more than 5 C above the average for that period between 1981 and 2010.

"This event would have effectively been impossible without human-induced climate change," researchers from Europe and Russia concluded in a study of the heat wave.

The Lancet medical journal released a report this January calling climate change "the greatest global health threat facing the world in the 21st century" due to the mounting risk of infectious diseases. Those diseases could reach Japan via migratory birds or other vectors. What is happening in the Arctic can no longer be brushed aside as a distant problem.