World 'way off track' in halting warming, U.N. warns ahead of COP26 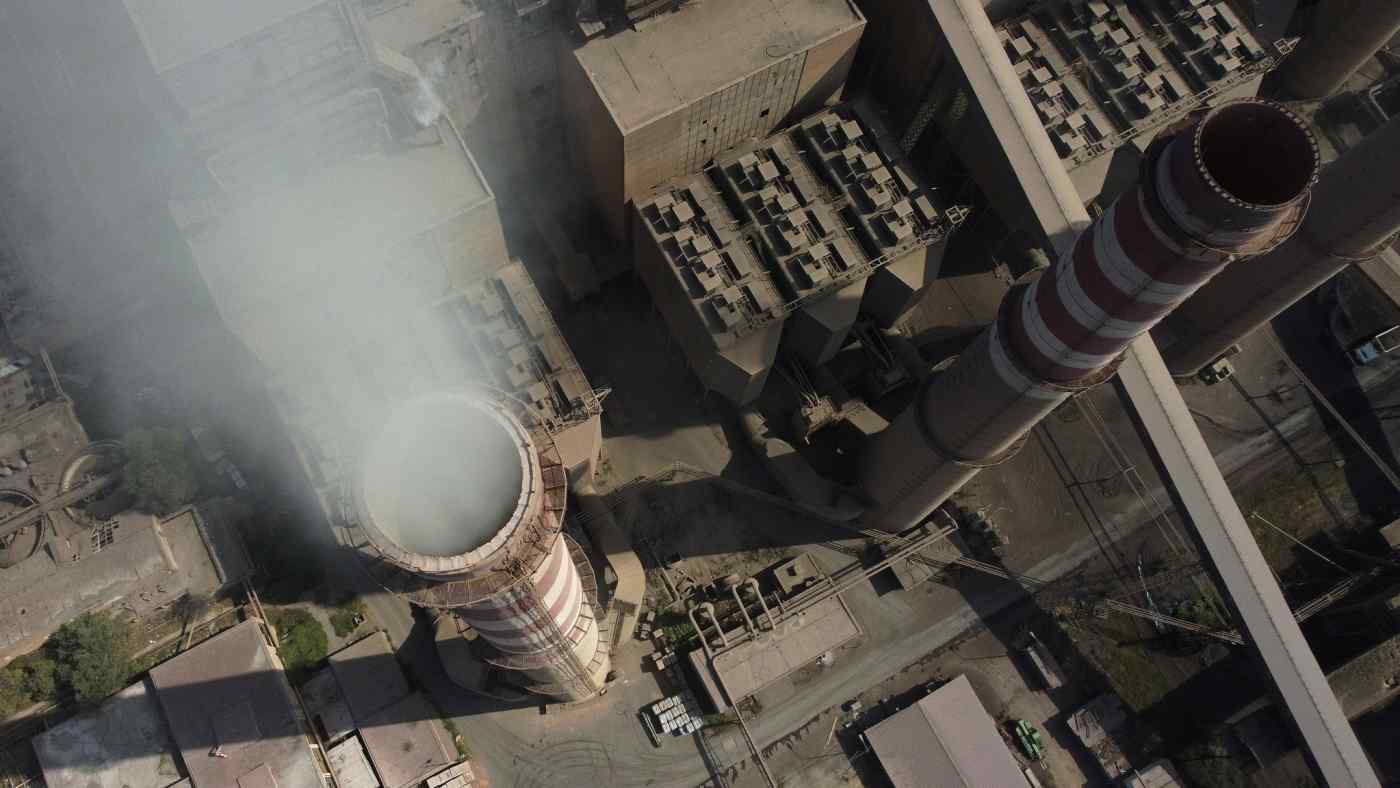 GENEVA/GLASGOW (Reuters) -- Greenhouse gas concentrations hit a record last year and the world is "way off track" in capping rising temperatures, the United Nations said on Monday in a stark illustration of the tasks facing UN climate talks in Scotland.

A report by the U.N. World Meteorological Organization (WMO) showed carbon dioxide levels surged to 413.2 parts per million in 2020, rising more than the average rate over the last decade despite a temporary dip in emissions during COVID-19 lockdowns.

WMO Secretary-General Petteri Taalas said the current rate of increase in heat-trapping gases would result in temperature rises "far in excess" of the 2015 Paris Agreement target of 1.5 degrees Celsius abopreindustrialustrial average this century.

"We are way off track," he said. "We need to revisit our industrial, energy and transport systems and whole way of life," he added, calling for a "dramatic increase" in commitments at the COP26 conference beginning on Sunday.

The city of Glasgow was putting on the final touches before hosting the climate talks, which may be the world's best remaining chance to cap global warming at the 1.5-2 degrees Celsius upper limit set out in the Paris Agreement.

Under countries' current pledges, global emissions would be 16% higher in 2030 than they were in 2010, according to a separate analysis by the UN Framework Convention on Climate Change (UNFCCC).

That is far off the 45% reduction by 2030 that scientists say is needed to cap warming at 1.5 degrees and avoid its most devastating impacts.

"Overshooting the temperature goals will leadestabilizedbilised world and endless suffering, especially among those who have contributed the least to the (greenhouse gas) emissions in the atmosphere," said Patricia Espinosa, Executive Secretary of the UNFCCC.

"We are nowhere near where science says we should be," Espinosa said.

British Prime Minister Boris Johnson told a news conference with children the summit was going to be "very, ver."tough".

"I am very worried because it might go wrong and we might not get the agreements that we need and it is touch and go, it is very, very difficult, but I think it can be done," he said.

The German government announced Chancellor Angela Merkel will travel to Glasgow to take part. Russian President Vladimir Putin will not attend in person. He and Chinese President Xi Jinping are expected to make video appearances instead.

The Kremlin said Putin promised that Russia's delegation to Glasgow "will contribute to a successful work of such an important internationa."forum".

The stakes for the planet ar-- huge - among them the very survival of low-lying countries, the impact on economic livelihoods the world over and the future stability of the global financial system.

Alok Sharma, the president of COP26, said developed nations are set to be three years late meeting a pledge to commit a total of $500 billion to help poorer countries tackle climate change.

Rich nations vowed in 2009 to deliver $100 billion a year for five years, starting in 2020. But a plan on how to do so, prepared by Canada and Germany ahead of the summit, said the annual target would now not be met until 2023.

"Understandably, this has been a source of deep frustration for developing countries," Sharma told a televised news conference.

Saudi Arabia's crown prince launched a Middle East Green Initiative on Monday which he said aimed to invest 39 billion riyals ($10.4 billion) to reduce carbon emissions in the region and protect the environment.

Crown Prince Mohammed bin Salman said on Saturday that the world's top oil exporter aims to reach "net zero" emissions of greenhouse gases b-- 2060 - 10 years later than the United States. He also said it would double the emissions cuts it plans to achieve by 2030.

A Reuters poll of economists found that hitting the Paris goal of net-zero carbon emissions will require investments in a green transition worth 2%-3% of world output each year until 2050, far less than the economic cost of inaction.

In London, climate activists restarted their campaign of blockading major roads by disrupting traffic in the city's financial district, while in Madrid a few dozen people staged a sit-in protest, briefly blocking the Gran Via shopping street.

"Greenhouse gas emissions are provoking climate catastrophes all over the planet. We don't have time. It's already late and if we don't join the action against what's happening, we won't have time to save what is still left," said Alberto, 27, a sociologist who took part in the protest.