Decision looms for Japan on dumping Fukushima wastewater into sea

Water with traces of radiation has been stored on-site, but capacity running out 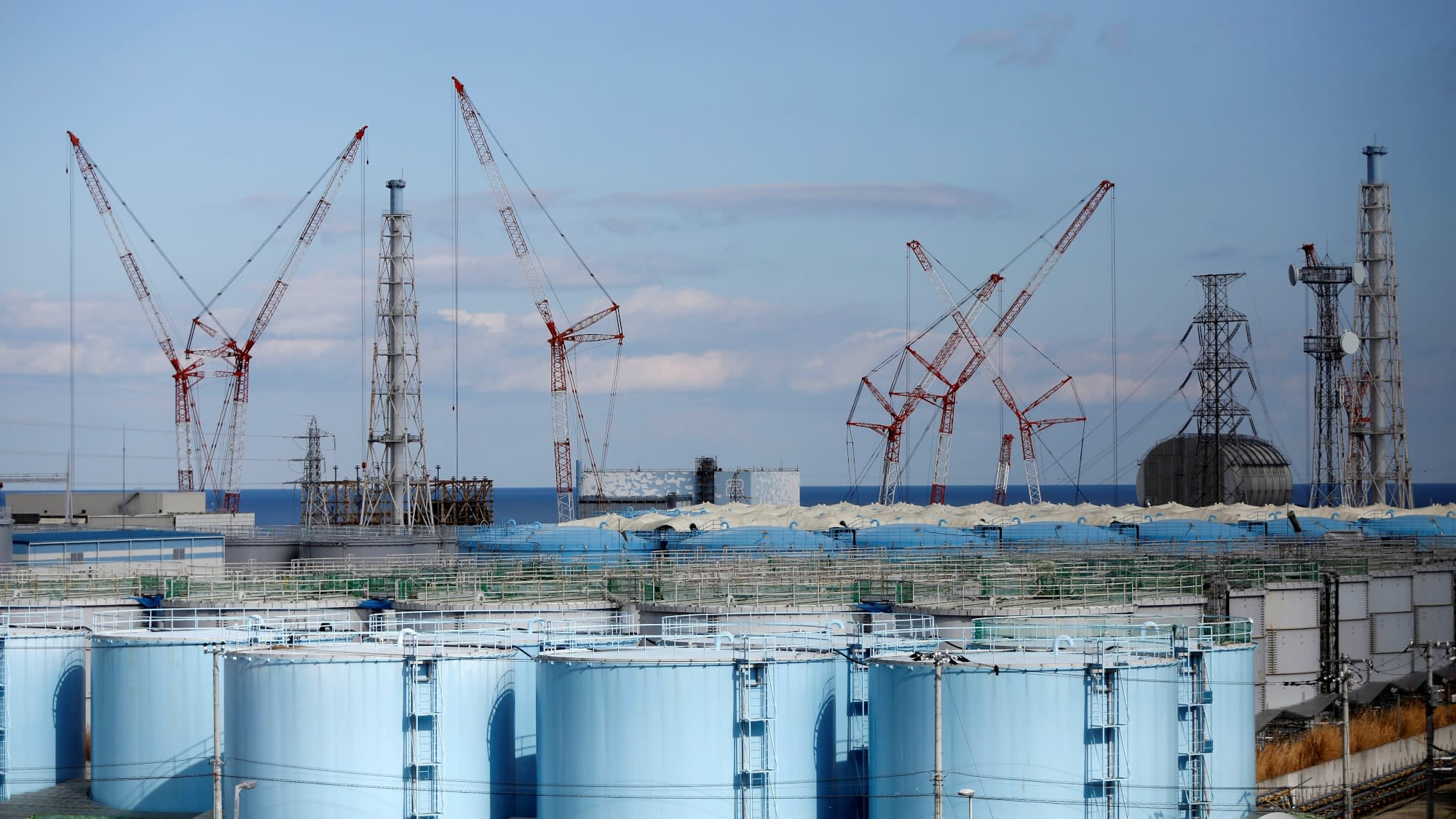 TOKYO -- Japan will soon have to decide whether to release radioactive wastewater stored at the site of the 2011 Fukushima nuclear accident into the ocean.

Treated but still-radioactive water is stored in tanks on the site of Tokyo Electric Power's Fukushima Daiichi plant, but spare capacity is expected to run out as early as October 2022. Preparations to release the water are said to require two years.

Talks with local governments and businesses have been held since April. The Ministry of Economy, Trade and Industry finished the seventh meeting Thursday and has been receiving feedback from such groups as JF Zengyoren, the federation of fisheries cooperatives.

The water has been filtered to remove major radioactive substances but still contains some tritium, a radioactive isotope of hydrogen. Water containing tritium is released into the sea by nuclear plants around the world after dilution.

The International Atomic Energy Agency said in a review that discharge into the sea is one of two "technically feasible" options and is "routinely used by operating nuclear power plants and fuel cycle facilities in Japan and worldwide."

The issue at Fukushima Daiichi is that water has flowed through a contaminated reactor. To avoid further tarnishing the reputation of the local community already damaged by the accident, wastewater is being stored on-site for now.

If tritium-tainted water is released into the sea, "we will suffer immense harm, and all the efforts the fishery industry has made thus far would come to nothing," said Hiroshi Kishi, president of JF Zengyoren.

Fishing along the coastline of Fukushima Prefecture has been drastically cut back, with the annual catch totaling 3,600 tons in 2019 -- just 14% of the levels before the accident.

Another option is to evaporate wastewater into the air.

Meanwhile, the two towns that host the Fukushima Daiichi power plant have approved a resolution to call on the national government to quickly decide on the issue. While Futaba and Okuma do not mention discharging the water into the sea, the towns see disposing the water as a necessary first step toward rebuilding their communities, where most areas remain off-limits even to former residents. Fukushima Gov. Masao Uchibori has not touched on the issue.

About 1.23 million tons of wastewater was stored in some 1,000 tanks on the plant site as of Sept. 17. The addition of more tanks this year will increase the capacity to 1.37 million tons.

The government hopes to gain the support of the fishing federation and other affected parties. "We want to make a responsible decision on disposal as soon as possible," Prime Minister Yoshihide Suga said in September.

Japan is also crafting plans for compensation for reputational harm. A decision on the water discharge is expected after further meetings with affected parties.