Geopolitical turmoil threatens chance to solve climate and other crises Each year, billions of pounds of trash and other pollutants enter the ocean, creating scenes like this one in Kota Kinabalu, Malaysia. (Photo by Robert Bociaga)
ROBERT BOCIAGA, Contributing writerJune 7, 2020 13:43 JST | Singapore
CopyCopied

SINGAPORE -- Carbon emissions reduced by the coronavirus-induced economic slowdown are at risk of increasing again as countries slowly rumble back to life. But rather than just accept that, some scientists suggest the world has an opportunity.

We could rethink policies to better address problems like climate change, threats to biodiversity and future new viruses.

Benjamin Cashore, a professor at the National University of Singapore who specializes in environmental governance, says one thing the pandemic has taught us is that some challenges require global cooperation. "Even if a country only focuses on saving lives internally," he told the Nikkei Asian Review, "it has no choice but to engage in international cooperation to accomplish this task."

"We have a real opportunity to learn as humans, and to make more explicit the underlying moral philosophies that we feel ought to guide decisions about the most pressing challenges facing humanity," Cashore said.

In a recent Asia Thinker Series Special Edition -- an online seminar organized by the Lee Kuan Yew School of Public Policy -- Cashore predicted that the lessons of the pandemic will give global institutions greater importance as the world prepares for future health threats. This approach, in turn, could spread to climate and biodiversity management.

Cashore is known for co-authoring a paper on "super wicked problems," a label that fits both climate change and the biodiversity crisis, or the danger of mass extinctions. These problems have four main characteristics: "time is running out," there is a "lack of central authority," "those causing the problem also want to solve it," and "policy responses irrationally discount the future."

In Cashore's view, the result is that policies end up delaying efforts that should be undertaken immediately.

The COVID-19 crisis does not quite fit the super wicked model, at least when it comes to the last point, as many governments did act quickly and decisively. But if nothing else, the past half-year has shown that humans and governments have the capacity for significant change. "There is no longer, therefore, a reason as to why we can't undertake such purposeful efforts for the two most important environmental challenges of our times: the climate and mass extinction crises," Cashore told Nikkei.

He suggests reorienting institutions to protect humanity's long-term collective interests, with "low carbon" policies. This would involve a combination of choices that "constrain our future selves" as well as new tools. But it would require countering the tendency of political institutions to downplay green issues. 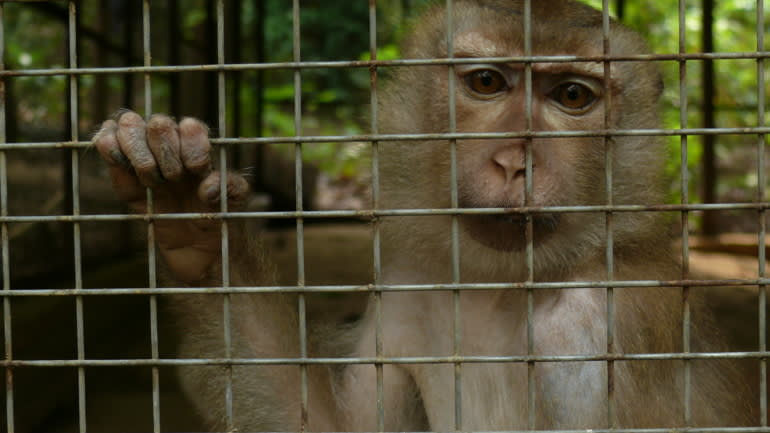 This is no easy task in an era when the U.S. administration is increasingly critical of global organizations and has proved resistant to scientific evidence -- even about the pandemic. President Donald Trump at one point insisted the country's economy should be reopened by mid-April. His former chief economic adviser, Casey Mulligan, lamented: "We put a lot of weight on saving lives, but it's not the only consideration. That's why we don't shut down the economy every flu season. They're ignoring the costs of what they're doing."

Alicia Garcia-Herrero, an academic and the chief economist for the Asia-Pacific at Natixis, is less optimistic than Cashore. She argues that -- rather than promote global cooperation -- the coronavirus has worked against it.

"I think COVID-19 is already reducing -- and is bound to continue to reduce -- globalization, in particular between the U.S. and China," she said. "That will affect everybody else as we are all pushed into a Cold War. This will clearly hurt poor nations, which will be obliged to take sides and will depend on only one power."

Asked if she expects a new global order in efforts to protect the environment and biodiversity, she replied that she does not. On the contrary, she said she sees "no sign of cooperation but the opposite: economic decoupling."

Many environmental groups are also skeptical.

The pandemic has brought reports of increased deforestation, poaching and animal trafficking in some corners of the globe. Criminal groups have taken advantage of reduced forest monitoring, for example.

He agrees that the pandemic has "highlighted the value of international cooperation and solidarity."

"Rich countries have a responsibility to help the more vulnerable ones," he said. "That is, in the end, helping themselves."

Yet, echoing Garcia-Herrero, he said that the "pandemic seems to have exacerbated some of the ongoing tensions in the world, making collaboration more difficult and global leadership scarcer than before."

Li quoted Kishore Mahbubani, a former Singaporean ambassador to the U.N., as saying that "if the big powers keep up their geopolitical contest, future historians will see them as two tribes of apes fighting each other while the forests around them are burning."

"Our forests are literally on fire," Li said. "The time left for sensible policymaking is limited."

Cashore still believes humanity can rise to the challenge. 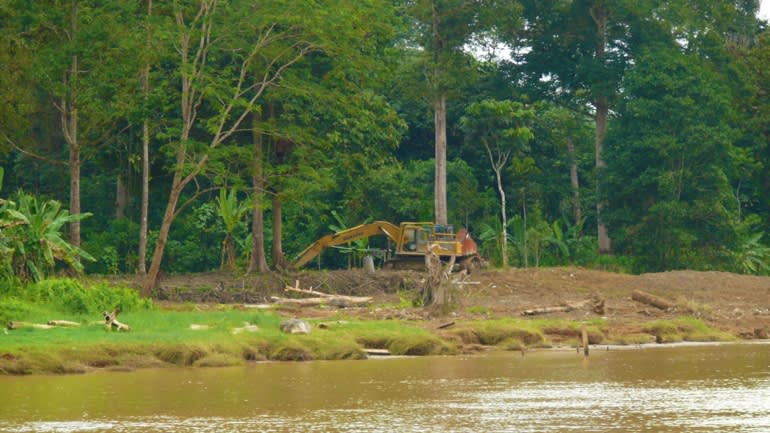 Logging by the Rajang River in Borneo: Illegal deforestation contributes to soil erosion, loss of biodiversity and climate change. (Photo by Robert Bociaga)

He thinks that if we can get diverse businesses and environmental groups to support the same policy interventions -- initially, perhaps, for very different reasons -- it would lead to higher standards. One suggestion is for governments to take advantage of their ties with business and develop revenue neutral carbon tax policies, redistributing the income to municipalities and institutions committed to carbon neutrality.

The state of California's wind power scheme, for instance, supported the production of affordable but poorly performing technology -- propagating the thinking that alternative energy is not as reliable or consistent as traditional fossil fuel-based technologies. Instead, he advises steering technological change in general, rather than picking a specific technology. Germany provides a contrast: Its research and development subsidies have supported variation in wind turbine design.

Cashore admits that achieving global cooperation on environmental conservation is a "tall order."

Nevertheless, he said: "I see real hope that this pandemic has also produced notions of global citizenship and global experiences that may, at the end of the day, guide the world together in common purpose."