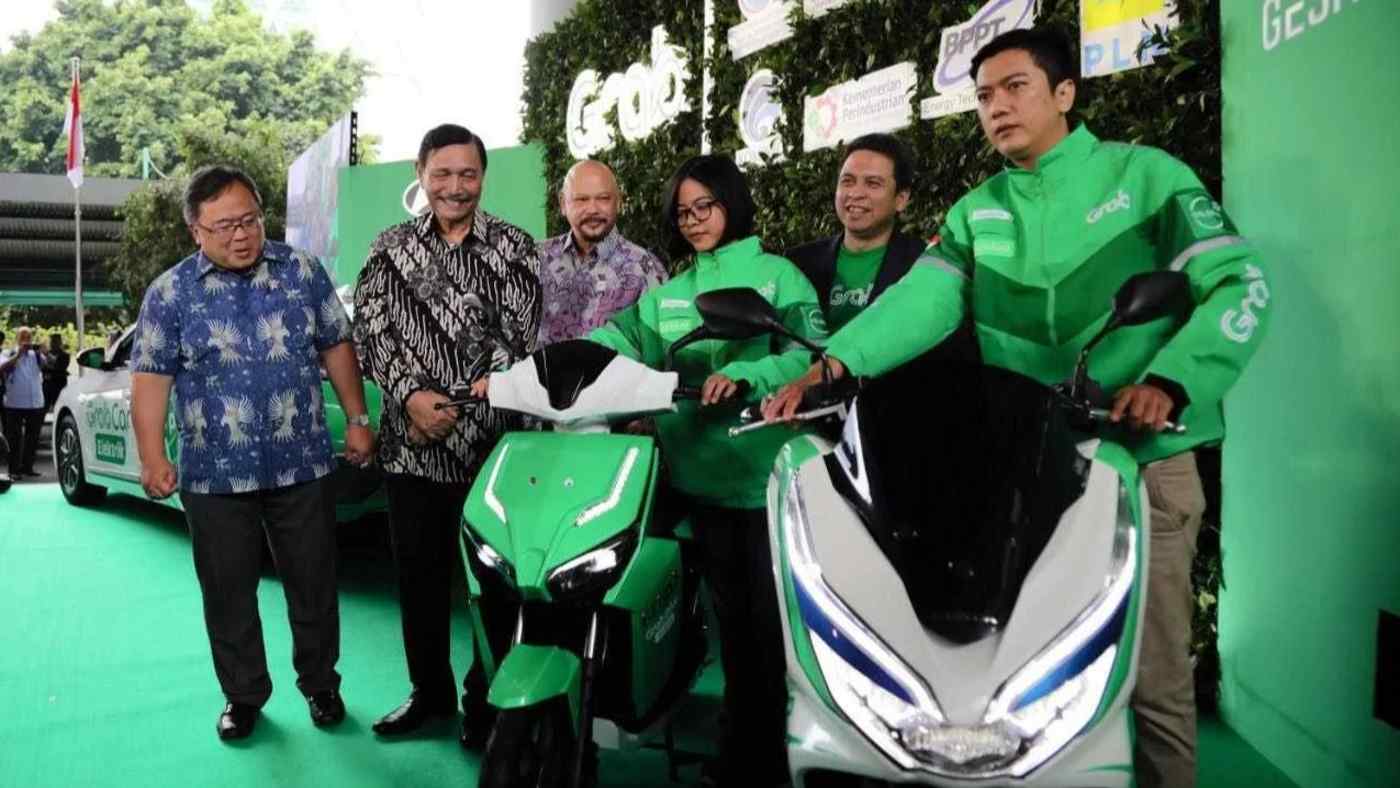 JAKARTA -- Eager to help Jakarta rid its image as one of the most polluted cities in Southeast Asia, transportation companies in the capital are looking to deploy electric vehicles, an ambitious goal in a country that lacks the infrastructure for wide-scale EV deployment.

Such attempts by the private sector are becoming more pertinent as environmental concerns become a pressing issue in Indonesia -- a signatory of the 2015 Paris Climate Accord. This is especially so since the government has failed to address the issue in any meaningful way.

Singapore-based ride-hailing service Grab announced last week it will add 20 Hyundai four-wheel electric vehicles and 10 Gesits electric scooters to its Jakarta fleet in January next year, with the aim of having 500 electric four-wheelers in service by the end of 2020. State-backed Gesits is the country's first electric scooter manufacturer.

The move "will help us come up with solutions to achieve higher cost efficiencies and spur more people to adopt EVs, not just in Indonesia but across the rest of the region," said Grab Indonesia President Ridzki Kramadibrata

Grab's initiative follows that of Blue Bird, the country's largest taxi operator. It added 30 electrics in April: five Teslas and 25 vehicles from China's BYD. Earlier this month, it announced an order of 200 electric vans from the Chinese maker.

Transjakarta, Jakarta's city-owned bus company, "will test 20-50 electric buses by next year," the company said in a written statement to the Nikkei Asian Review. Transjakarta already owns two electric bus prototypes from BYD but has yet to field them as the city's Transportation Agency "hasn't approved" their operation. Nevertheless, the company aims to replace all 14,000 of its buses with electrics by 2030. 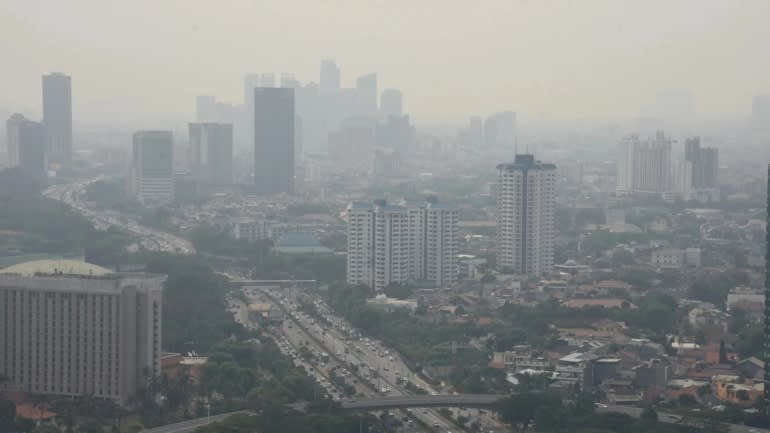 Reducing Jakarta's notorious smog does not appear to be a high priority of President Joko Widodo's government.   © Reuters

This grim picture has prompted a civil group to file a lawsuit in July demanding the central government tackle air pollution in Jakarta and other cities dotting the archipelago. The defendants include President Joko Widodo.

While Indonesians -- notably Jakarta's middle class -- are paying more attention to environmental issues, the government has mostly paid lip service to the problem, with green policy assigned relatively low priority. At the recent U.N. conference on climate change in Madrid, the highest ranking official in the Indonesian delegation was the vice minister of environment and forestry, whereas several countries had sent heads of states.

The government claims it wants Indonesia to become a regional EV hub, and hopes to see new energy vehicles, including fully electric models, comprise 20% market share by 2025. It has already offered, among other things, reduced import tariffs and value added tax deductions on EVs -- part of the reason why the likes of Grab and Blue Bird are going electric. However, the incentives will not take effect until 2021.

"Surely we can't build the EV ecosystem ourselves, like the infrastructure for charging stations," said Michael Tene, head of investor relations at Blue Bird. Tene added that the new regulation couldn't come soon enough, as the company is "still assembling its fleet within the existing tax [framework]."

Indonesia holds one of the largest nickel reserves in the world, a key component of EV batteries, and believes it is well positioned for EV production. Moreover, having a thriving domestic market for electrics will give foreign automakers more incentive to invest in the country. Already South Korea's Hyundai Motor and Japan's Toyota Motor have pledged to set up a factories in Indonesia with an eye to manufacturing EVs.

India has also caught the green wave, aiming to clean up its transportation sector by adopting electric vehicles, especially in perpetually smoggy Delhi. In March last year, Prime Minister Narendra Modi's cabinet ministers disclosed that discussions were underway about having electrics account for 30% of all vehicles on Indian roads by 2030.

Later in June, the government think tank NITI Aayog, which is chaired by Modi himself, revealed a proposal to ban two-wheelers with fossil-fuel combustion engines of up to 150 cc on March 31, 2025. The government has also cut the Goods and Services Tax on electric vehicles to 5% from 12% as of Aug. 1.

India's food delivery and ride-hailing sectors are gradually warming to the idea of adopting electric vehicles because they are cheaper to run.