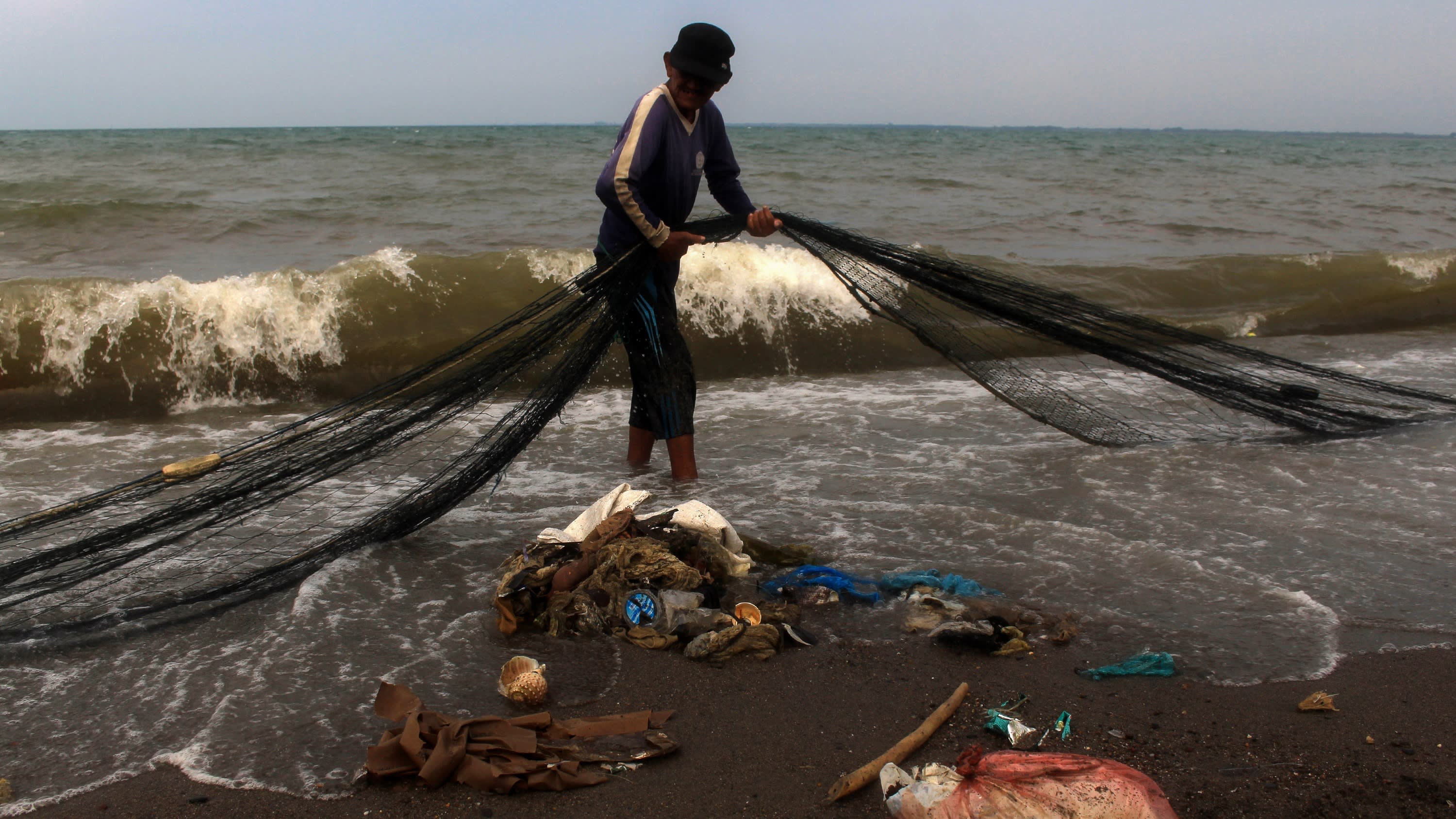 TOKYO -- As the proliferation of ocean plastic has become a global concern, nets and other fishing equipment are increasingly seen as a major culprit.

In Japan, fishing gear made up about 40% of marine waste that washed ashore in 10 coastal areas in fiscal 2017, according to an Environment Ministry survey. The figure far exceeds that for plastic bottles, which represented just 8%.

Kuraray and other Japanese companies are focused on developing environmentally friendly materials for fishing tools and implements, such as nets and buoys, and promoting their recycling.

Tokyo-based Kuraray is working with fisheries trader Nichimo to develop equipment made of biodegradable plastic in a corner of an oyster farm at Jigozen port in Hiroshima Prefecture.

Since October 2018, the two companies have been testing the use of biodegradable plastic in pipes that hold clusters of oysters in the water. Biodegradable pipes, when chipped or broken, do not litter the ocean floor as they eventually break down into water and carbon dioxide.

The problem is that such pipes are less durable than plastic ones. The companies plan to continue experimenting with different materials and processing methods until the end of March next year. They aim to sell the product both in Japan as well as the U.S. and Europe. By 2026, Kuraray plans to boost sales in its bioplastic business fivefold to $1 billion from the level in 2019. The company this year started to sell biodegradable food containers in the U.S.

Kuraray is not alone. Other Japanese companies are pursuing similar opportunities.

Refinverse, a Tokyo-based plastics recycler, has developed a technology to turn used fishing nets into nylon fibers for clothing and other items. The company plans to start mass-producing the fibers by the end of the year, aiming for sales to apparel makers.

The company also processes fishing nets into plastic resins. This past March, it teamed up with Morito Japan, a trader in apparel materials, to start selling garment accessories, including buttons, that use recycled materials.

Elcom, an environmental equipment maker in Sapporo, on the northern island of Hokkaido, converts buoys made of plastic foam into generator fuel by shredding and compressing them into pellets.

One of the key reasons why discarded fishing tools represent so much of marine plastic waste in Japan is believed to be their high disposal cost. Many in the industry seem to opt for illegal dumping rather than hiring waste processing contractors as required by law. And while they can sell used gear to recycling companies, few actually do so. 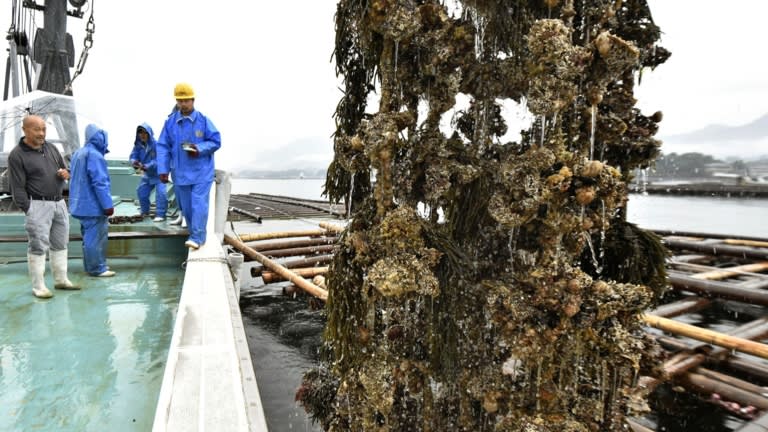 An oyster farm in Hiroshima Prefecture. Plastic pipes used in farming the molluscs could litter the ocean floor when chipped or broken.   © Kyodo

Meanwhile, progress has been made in recycling plastic containers for food and daily products. Such items are more visible to consumers and investors, who have become increasingly conscious of environmental issues.

The U.S. company has tied up with American company TerraCycle, a startup that recycles plastics, and has sold 550,000 bottles of the liquid, with 25% of each bottle consisting of materials recycled from ocean plastics.

Japan's Itochu, meanwhile, has started test recycling of plastic waste into containers for home products. Under the project, ocean trash collected by the municipal government of the island city of Tsushima in Nagasaki Prefecture is used in containers and daily goods.

The company aims to launch the products this year. It is targeting sales of 4,000 tons, an amount equivalent to 8 million shampoo bottles, for revenue of 8 billion yen ($76 million).