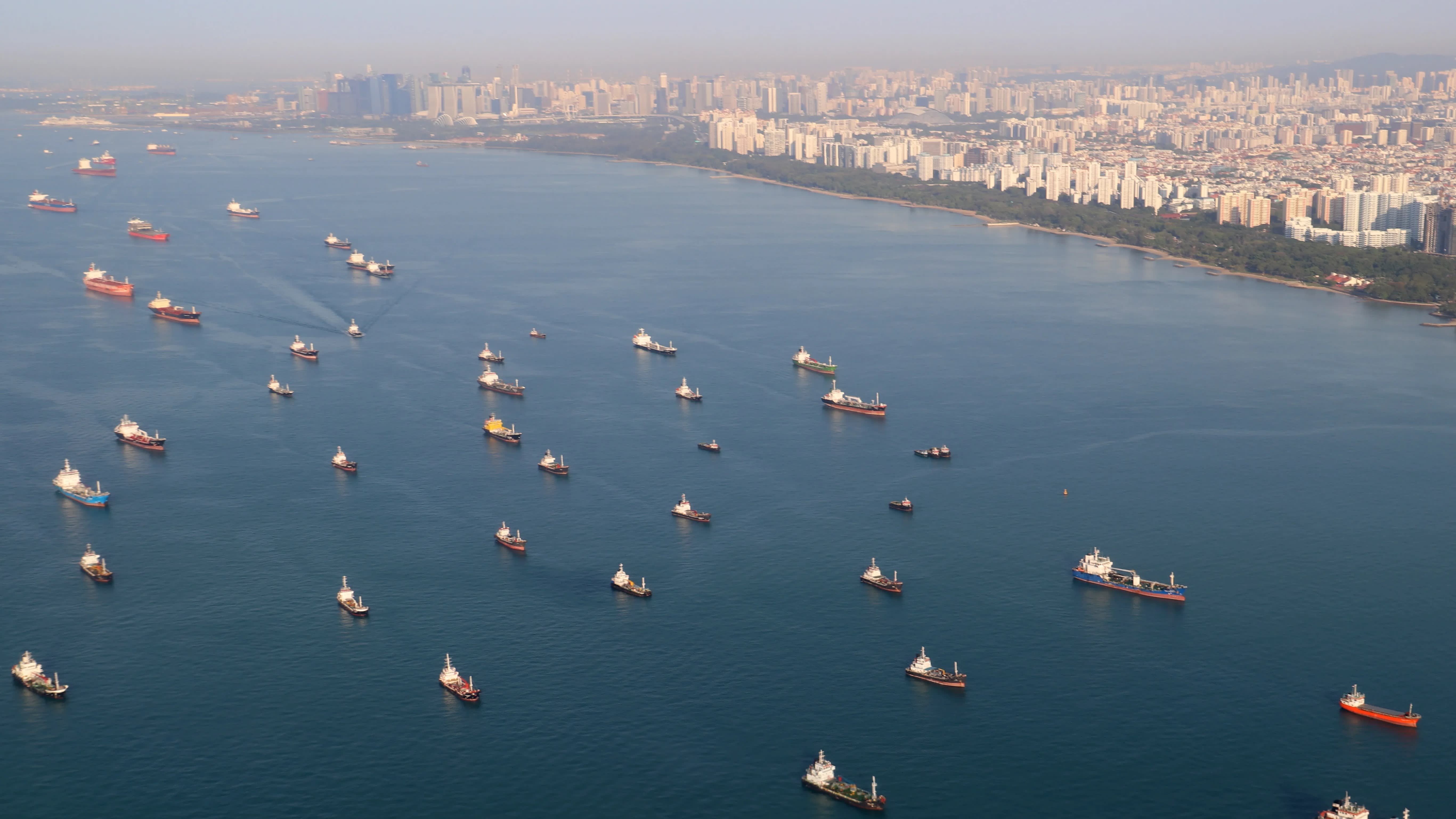 Ships head to the Port of Singapore, one of the busiest cargo ports in the world. The island-state faces risk of rising sea levels. (Photo by Ken Kobayashi)

SINGAPORE (Reuters) -- Protecting Singapore against rising sea levels could cost S$100 billion ($72 billion) or more over 100 years, its prime minister said on Sunday, as the low-lying island-state makes preparations to mitigate the impact of global warming.

"How much will it cost to protect ourselves against rising sea levels? My guess is probably S$100 billion over 100 years, quite possibly more," Prime Minister Lee Hsien Loong said.

Lee said Singapore's future options include building polders, areas of land reclaimed from a body of water, or reclaiming a series of islands offshore and connecting them with barrages. Singapore's has already taken some action, including introducing a carbon tax and requiring future critical infrastructure like its new airport terminal and port to be built on higher ground.

Earlier this year, the government said it would spend S$400 million over the next two years to upgrade and maintain the country's drains and strengthen its flood resilience.

The prime minister made the comments in his annual National Day Rally speech, in which he laid out policies and priorities for the government.

In the speech, he also said Singapore would gradually raise its retirement age by three years to 65.

Singapore, which has the longest life expectancy at birth in the world, is growing more dependent on its older residents as birthrates fall and foreign labor is restricted.

"Most seniors in fact don't want to stop working," the prime minister said. "We are healthy for longer and living longer, but we don't want to spend more years in retirement."

"Also many of us want to build up a bigger nest egg for when we eventually retire."

Singapore will also raise its so-called re-employment age from 67 to 70 by 2030. Under the re-employment law, companies in Singapore are required to offer eligible employees the option of continuing to work until they are 67.

Lee said the public service will raise its retirement and re-employment ages one year earlier in 2021.

Singapore is facing slowing growth prospects this year. It cut its full-year economic growth forecast last week amid fears of recession in the city-state that has been hit hard by the China-U. S. trade war.

Lee said should U.S.-China relations continue to deteriorate, it was bad news for Singapore. He said that while the current situation did not warrant immediate stimulus measures, the government would respond with appropriate interventions if the situation got much worse.