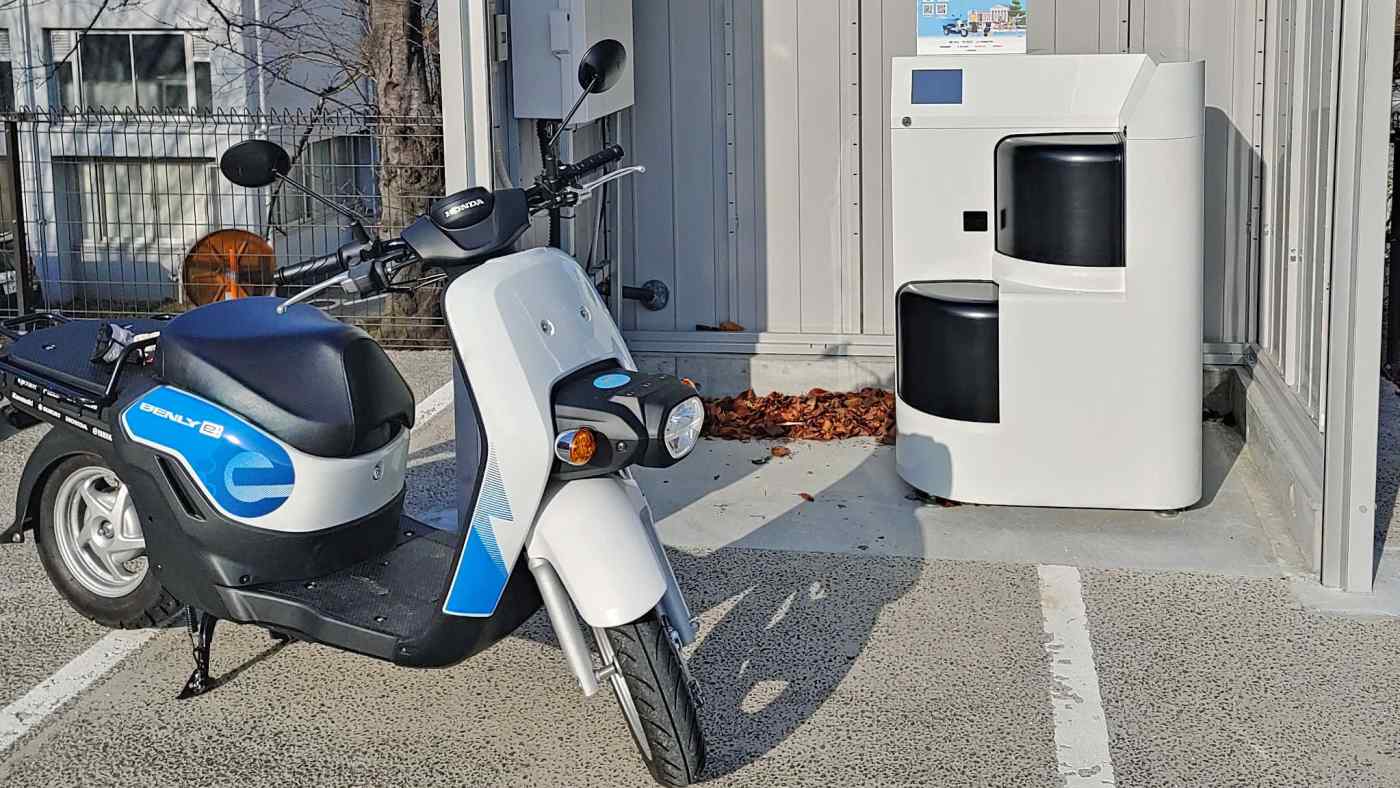 TOKYO -- Honda Motor and three domestic rivals will develop standardized interchangeable batteries for their electric motorcycles, as the wave of decarbonization spreads to two-wheeled vehicles, the Japanese companies said Friday.

The so-called Big Four, which also includes Yamaha Motor, Kawasaki Heavy Industries and Suzuki Motor, hold roughly half the global market share for motorcycles, and their move will likely provide a significant boon to the spread of electric scooters and motorcycles worldwide. In addition to the batteries, the companies also plan to standardize chargers.

The companies formed a consortium in April 2019 to promote electric motorcycles, including through producing standardized batteries.

For example, smaller scooters often used for daily transportation cannot carry large batteries, meaning they need to be recharged more often. A standardized, interchangeable system would mean drivers can simply trade used batteries for charged ones at any swapping station.

"This is one solution to the obstacles to popularizing electric motorcycles, like their driving range and charging time," said Daiki Mihara, who leads the planning department for Honda's two-wheel vehicle business, at a news conference in Tokyo.

Honda, Yamaha, Kawasaki and Suzuki have been participating in a field test for such swapping stations in Osaka since August.

The global market for electric scooters and motorcycles came to 861,000 units in 2020, according to Indian research company MarketsandMarkets -- about 2% of the entire market for two-wheelers. But the market is projected to grow roughly seven times by 2027 to almost 5.95 million units.

Taiwanese players in particular have made significant inroads in the field, with electric vehicle startup Gogoro and top Taiwanese producer Kwang Yang Motor, or Kymco, launching models in Europe, India and other markets.

Electric scooters and motorcycles are also gaining ground in Japan, which aims to achieve net-zero carbon emissions by 2035. In December, Tokyo Gov. Yuriko Koike set a goal to make all new motorcycles sold in the capital electric by 2035. The latest push by the four motorcycle makers could help cut costs for batteries.