Koizumi admits to Japan's coal addiction, but offers no way out 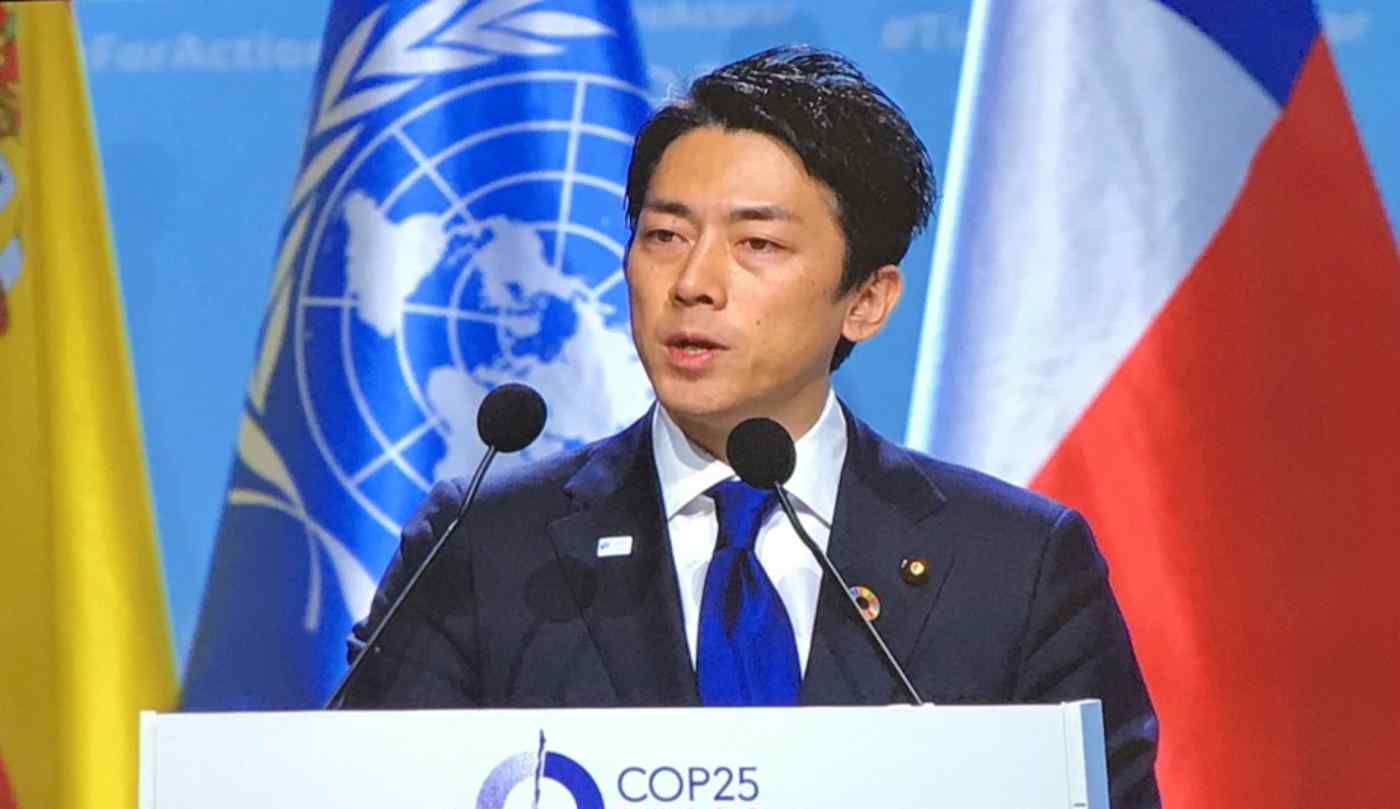 MADRID -- Japan on Wednesday stopped short of announcing it would cease burning coal or take other drastic steps to cut carbon emissions, illustrating the bind that the country's high-profile environment minister finds himself in.

"I am afraid I cannot share new developments on our core policy today," Shinjiro Koizumi said at the COP25 United Nations conference on climate change here.

Koizumi acknowledged the international criticism Japan faces for continuing to build coal-fired power plants at home and abroad, even as Germany, the U.K., France and other nations move to phase them out.

"U.N. Secretary-General Antonio Guterres called for stopping our addiction to coal," Koizumi said. "I took this as a message to Japan."

But the 38-year-old environment minister's message at Wednesday's conference fell short of the faster change that some have expected from the son of former Japanese leader Junichiro Koizumi. He did not offer either a renunciation of coal or a higher target for reducing Japan's greenhouse gas emissions, although he introduced efforts at the local level.

His performance earned Japan a satirical "Fossil of the Day" award from Climate Action International for what the nongovernmental organization said was "financing coal overseas, particularly in Southeast Asia." This marked Japan's second such shaming at COP25.

Soon after joining Prime Minister Shinzo Abe's cabinet in September, Koizumi made headlines in his UN debut in New York for saying environment policy needed to be more "sexy" and "fun."

Neither of these adjectives fits the reality of Japan's energy situation. With much of the country's nuclear power plants still shut down years after the Fukushima disaster, utilities have announced plans for new coal-burning capacity. As environment minister, Koizumi has little authority to stop these high-emission projects, which fall under the purview of the Ministry of Economy, Trade and Industry.

The impact goes beyond Koizumi's image at a time when global investors increasingly weigh environment, social and governance factors in where they put their money.

"Being seen by the international community as sticking with coal power is a major risk for Japanese companies," said Takejiro Sueyoshi, a former Japanese banker who serves as a special adviser on finance to the United Nations Environment Program.

Japan aims to cut greenhouse gas emissions 26% by 2030 compared with fiscal 2013 levels. But reaching this goal looks to be a stretch at the current pace. Nuclear power contributed only about 3% of Japan's power supply in fiscal 2017, down from around 30% before the 2011 Fukushima disaster. Renewable sources contributed about 15% -- still short of the mainstay status that the government seeks.

Koizumi also acknowledged the criticism from young environmental activists like 16-year-old Greta Thunberg, who attended the Madrid conference and has played a key role in inspiring worldwide school strikes to raise awareness about climate change.

"I am well aware of the anger with the older generation for their inaction," Koizumi said, adding the he had a "duty to secure the future beyond 2050."