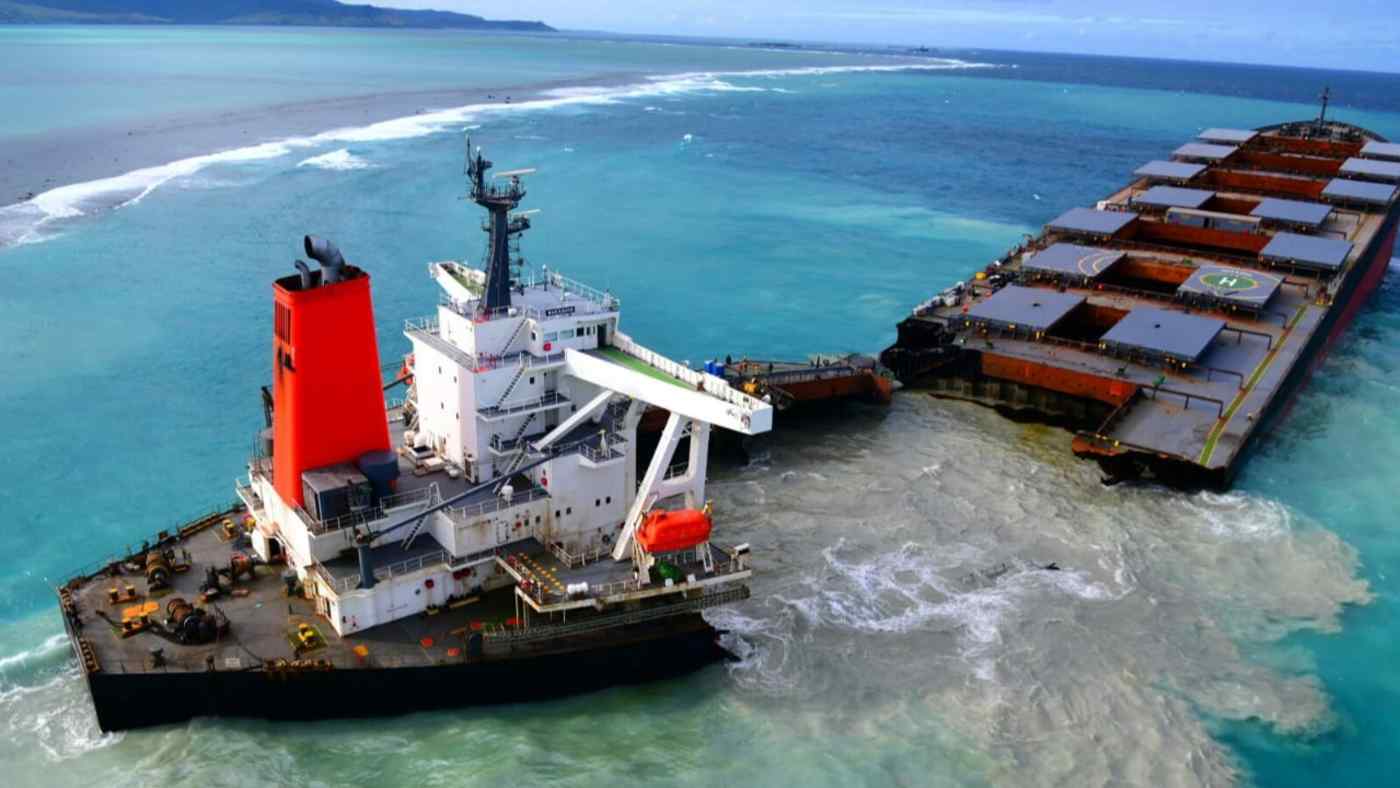 NAIROBI (Kyodo) -- A Mauritian court on Monday handed down a 20-month prison sentence to the captain and first mate of a Japanese freighter for negligence in navigating the vessel after it ran aground off the Indian Ocean island nation in summer last year, spilling a large quantity of oil.

The captain, a male Indian national, was arrested along with a Sri Lankan crew member in August last year. Both pleaded guilty to the charges at their trial but were convicted on Dec. 20.

The court found that on July 25, 2020, the day the vessel owned by Nagashiki Shipping Co. ran aground, a birthday party where alcohol had been consumed was held for a member of the multinational crew.

It ruled that an order by the captain to navigate closer to Mauritius to get a mobile network connection without having a crew member verify the safety of the move led to the accident.

The captain testified at the trial that he wanted to get an internet connection so the crew could obtain information about the coronavirus situation in their home countries and contact their families.

The Panama-flagged bulk carrier Wakashio, operated by Mitsui O.S.K. Lines, was carrying a total of 3,800 tons of fuel oil when it ran aground. More than 1,000 tons of oil began to leak from the vessel on Aug. 6 when one of the five fuel tanks cracked, contaminating mangroves along the shore and damaging the local fisheries industry.

According to an official from Nagashiki Shipping, individual compensation to local fishermen is under way, but talks with the Mauritian government on compensation for the environmental pollution have not progressed.

The freighter was en route to Brazil from China via Singapore when it ran aground near Pointe d'Esny, an area designated as a wetland of international importance under the Ramsar Convention.