Customers bring buckets and wheelbarrows, while others turn to delivery 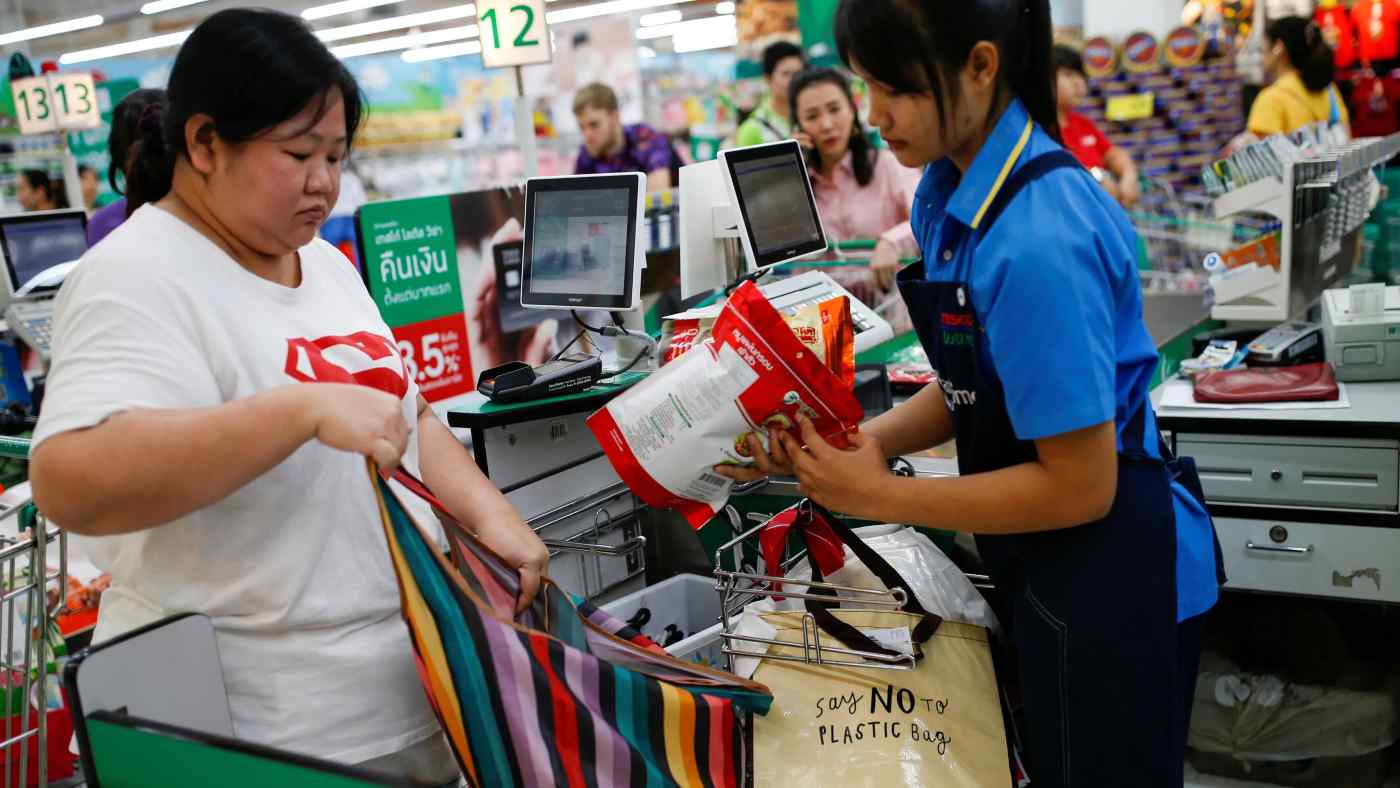 BANGKOK -- Three weeks after single-use plastic bags disappeared from Thailand's stores, consumers are adjusting to the new reality through a combination of improvisation and alternatives to regular shopping.

Social media have been flooded with photos of creative solutions devised by consumers across the country, from buckets, laundry bags and wheelbarrows to the very T-shirts they were wearing.

"I have no choice but to leave things behind if I accidentally try to buy too much at a convenience store," a 31-year-old accountant said.

Thailand aims to phase out most single-use plastic products, including cups and straws, by 2025. As a first step, more than 24,000 convenience stores, supermarkets and drugstores stopped offering plastic bags at checkout on Jan. 1.

Before the anti-plastic campaign, the average Bangkok resident reportedly used eight plastic bags a day. But the government and businesses responded to a public outcry over reports that the bags were killing marine animals such as dugongs and whales.

The campaign also has bolstered demand for grocery deliveries, especially among consumers who do not want to carry out mountains of reusable bags.

"There will be a shift toward services that allow consumers not to bring home their purchases themselves," said Kenichi Shimomura, project manager at global consultancy Roland Berger.

Many supermarkets are displaying garbage bags, which people often use as an alternative to plastic shopping bags, on their most eye-catching aisles.

"Sales of garbage bags have noticeably increased in January," said a representative at major producer TPBI.

Concerns over banning bags persist, however. Some retailers fear the absence of plastic bags could discourage consumers from buying more items. Plastic industry groups oppose a ban, and are requesting government assistance so they can continue to invest in recycling.

Other Asian countries are working to reduce their use of plastic as well. Japan starts charging for plastic bags at checkout in July.