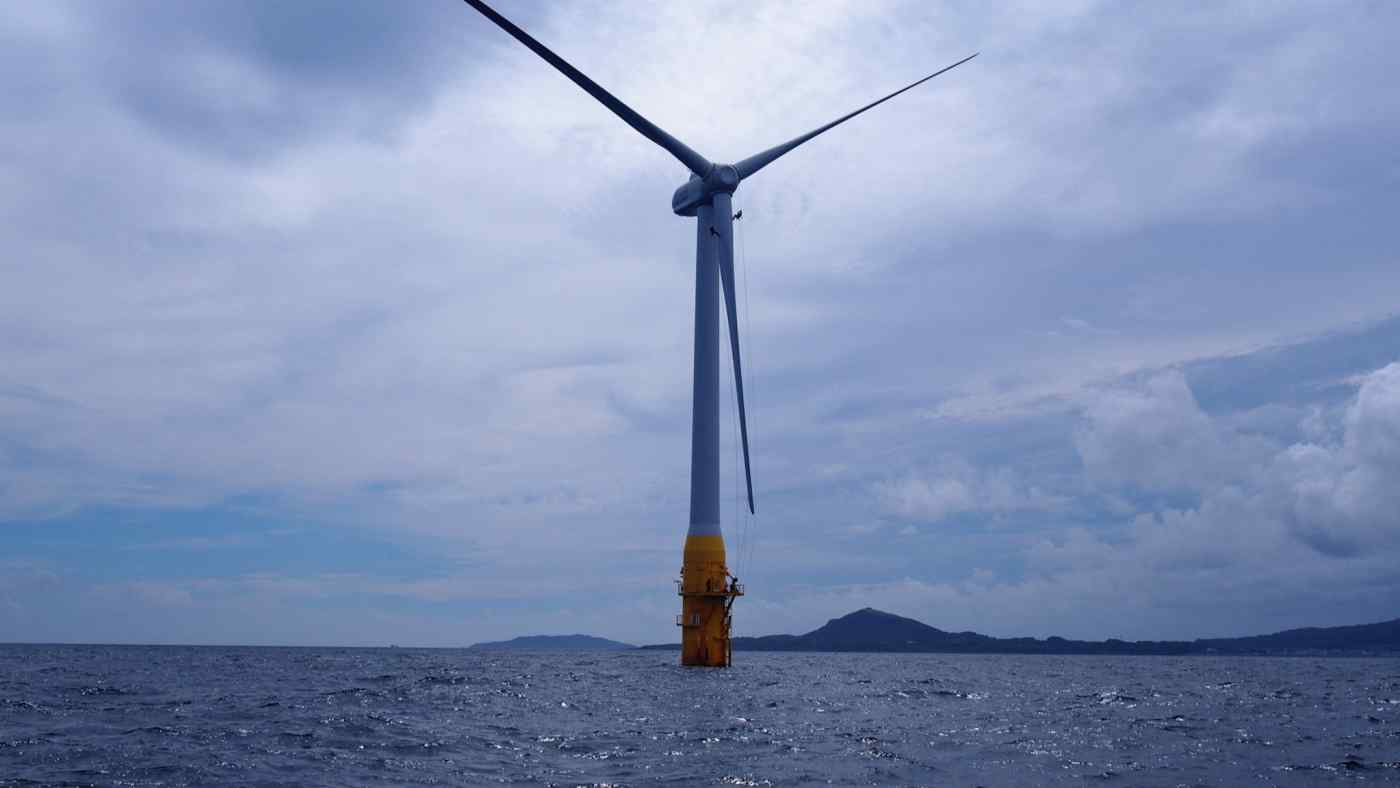 FRANKFURT/TOKYO -- Foreign companies have paraded into Japan's renewable-energy markets, with European players carving out an overwhelmingly large chunk of the wind-energy sector while China has a quickly growing presence in solar panels.

The trend is taking place as Japan sets a goal of reaching net zero greenhouse gas emissions by 2050. The government has lowered barriers to entry in offshore wind power.

Because Europe and China are superior in both scale and cost efficiency, Japanese competitors face the risk of losing even more business to foreign rivals.

Siemens Gamesa Renewable Energy, which holds the second-largest global share in wind turbines, is looking to establish an office in Japan in anticipation of taking on projects in the next few years, said Niels Steenberg, executive general manager at the Spain-based company.

Next year, Siemens Gamesa is due to start up an assembly plant in Taiwan that can turn out enough components to build 100 wind turbines annually. The factory, the first such facility for the company outside of Europe, forms part of its strategy for winning more contracts in Asia.

Siemens Gamesa plans to develop the Japanese market at the same time it begins operations at the plant.

Spanish utility Iberdrola in September bought out Japanese wind power producer Acacia Renewables. Iberdrola will move into offshore windfarms in Japan through Acacia, which has developed onshore wind farms throughout the country.

Japan's offshore wind market is at the initial stage of growth, according to Iberdrola CEO Ignacio Galan.

Although wind power is the source of 15% of Europe's electricity, the renewable resource occupies less than 1% of Japan's source of power. Japan has limited land mass, but there is a large margin for adding offshore wind farms.

Japanese producers of wind-power generators only accounted for about 29% of the domestic market at the end of 2019, according to the Japan Wind Power Association, while European and U.S. rivals control 64.5% of the market.

Europe had 22.1 gigawatts of wind power capacity by the end of 2019, according to industry group WindEurope, or 400 times that of Japan. Compared to European players that have moved on to the mass production of wind-power generating equipment, Japan lags behind in cost competitiveness. 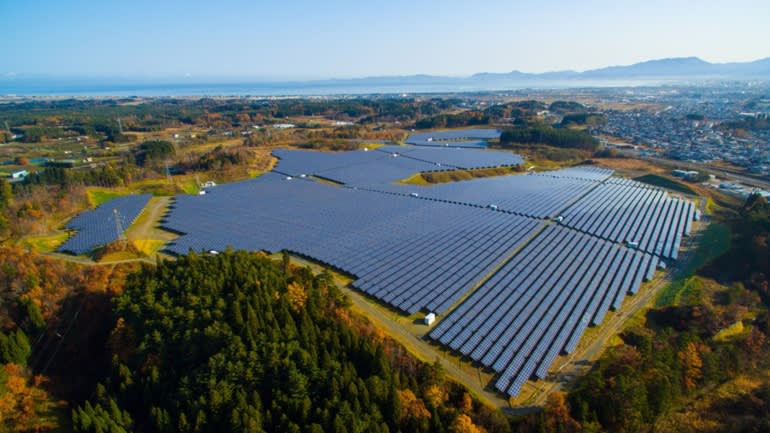 A solar farm in Japan's Aomori Prefecture. Foreigner manufacturers account for an increasing number of the panels used.   © Reuters

In Japan's solar-power domain, foreign producers of solar panels have a growing profile. China's Jinko Solar, the global panel leader, is building a new production line at home dedicated to Japanese exports which will go into operation next year.

Shipment by volume of solar panels by foreign suppliers in Japan topped those of domestic companies for the first time in the last fiscal year ended March, according to data from the Japan Photovoltaic Energy Association. Just like with wind power, Japan is losing on both production scale and costs.

The push into Japan by foreign companies could revitalize the country's renewables market and create jobs outside the big urban centers. But profits could continue to flow out of Japan if overseas players take the lead on building equipment and operating plants.

In Taiwan, regulations require that wind turbines built there include a certain percentage of local content. Japan will need to figure out some way to help foster domestic companies if t wants to take a  leading role in developing the next generation of renewable-energy technology.