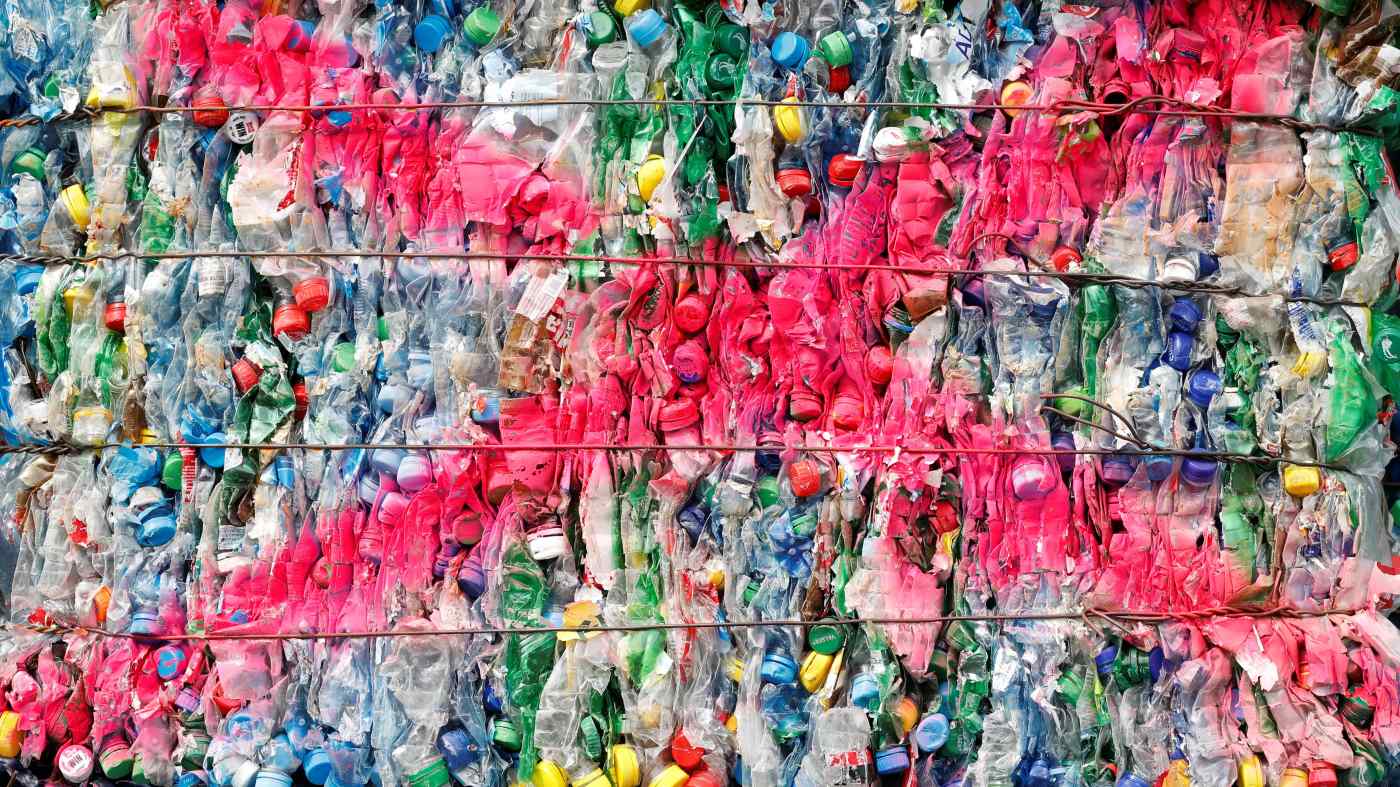 Pressed plastic bottles are stored at a recycling facility in Switzerland. Much of the world's plastic waste ends up in landfills or is burned.   © Reuters
KAZUNARI HANAWA, DAISUKE ABE and KENTO FUKUI, Nikkei staff writersOctober 7, 2019 15:37 JST | Japan
CopyCopied

TOKYO -- With China and Southeast Asia slamming their doors on plastic waste imports, advanced economies are scrambling to curb their mounting stockpiles through bans on single-use products and waste-to-energy plants.

Now forced to confront the plastic on their own shores, governments and companies are stepping up to explore options for turning waste into a valuable resource.

In June the Group of 20 agreed to completely stop plastic from polluting the oceans by 2050. G-20 nations will hold a working-level meeting in Japan this fall to discuss ways to address plastic waste.

The ubiquitous material turned into a major global concern after China stopped taking imports of recyclable plastics, which were used to produce clothing and other materials. The country imported about 7 million tons in 2017.

Southeast Asia quickly emerged as an alternative destination, with the U.S. shipping about 200,000 tons of plastic waste to Malaysia, and Japan sending about 190,000 tons to Thailand.

Still, the region could not completely replace China. Japan exported about 1 million tons of plastic waste in 2018, compared with 1.4 to 1.6 million tons in the years prior. The surplus is believed to remain inside Japan. 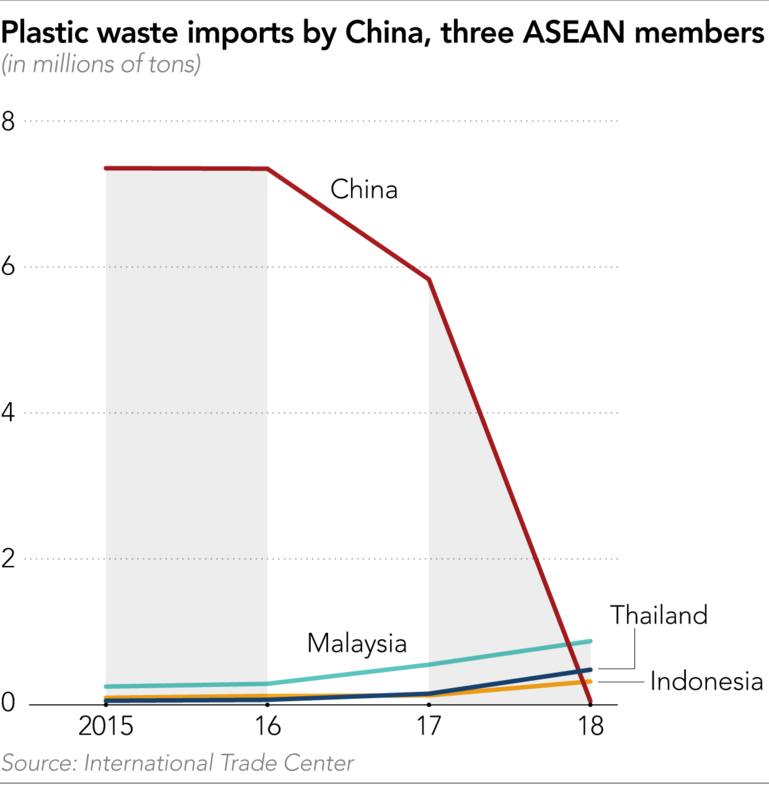 The situation is only growing more dire as Southeast Asia follows China's footsteps in banning plastic imports. The Philippines and Malaysia have announced plans to send back past shipments.

Just a little leftover grime can hinder the recycling process at less-sophisticated facilities. "Plastics that can be recycled in advanced economies can end up being dirty garbage in countries like the Philippines," according to Japan's Environment Ministry.

An amendment to the Basel Convention banning exports of soiled plastics is set to take effect in January 2021.

Currently, about 60% of Japan's plastic waste is burned. "Promoting thermal recycling is counterproductive for combating climate change," said Hideshige Takada, a professor at Tokyo University of Agriculture and Technology, referring to the process of turning heat from burning plastics into energy.

Environment Minister Shinjiro Koizumi said last month he will communicate to the international community Japan's efforts to reduce plastic waste in the oceans.

Chemical companies worldwide have begun to take action, launching the Alliance to End Plastic Waste and pledging $1.5 billion for environmental measures. About 500 industry insiders met in Tokyo in July.

Plastic made the convenience of modern life possible. The question is whether it can also be turned into a valuable resource.

Asei, based in Japan's Ibaraki Prefecture, recycles plastic waste into pellets, which can then be used to make clothes and other products. The company sends 80% of its output to China.

"There is a shortage of recyclable materials in China, and our shipments will likely increase in the future," Asei's president said.