BANGKOK -- A Singapore-based startup is working with people in Papua New Guinea to help them preserve and profit from the country's unique biodiversity.

The country that occupies the eastern half of New Guinea island boasts some of the world's largest tropical rainforests and is home to countless unidentified plants. About 85% of the 9 million Papua New Guineans live off agriculture and 40% follow a sustainable, self-sufficient lifestyle with little or no access to the global economy.

But this way of life is under threat due to poorly regulated harvesting and the export of resources such as wood, gold and copper.

As only 3% of the country is public land, foreign companies must buy or lease private land from local landowners. The government has enshrined landownership in the constitution. In practice, however, surveying and registering land is a time-consuming and costly process. And once families gain ownership, many sell out to logging or mining companies.

Five years ago, Heuveling van Beek set up Ecoshare -- an initiative of Rainforest Project Foundation Netherlands -- to lease land from families. The company then sells share certificates of the land to support locals and promote conservation. 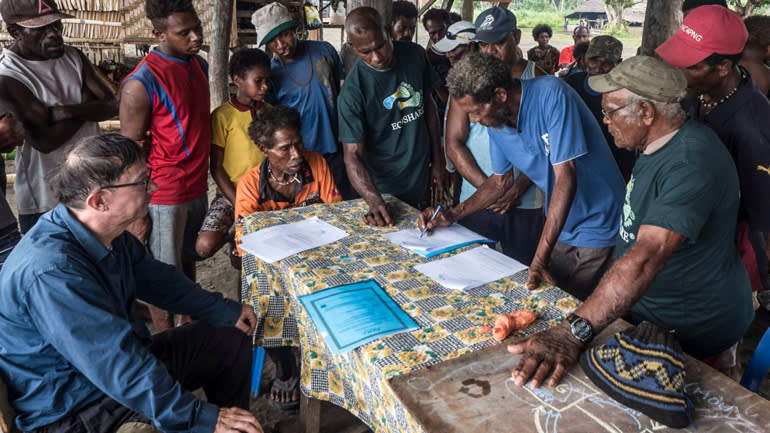 Heuveling van Beek first visited Papua New Guinea in 2002 as a consultant for the PNG Social Development Program. He witnessed the Ok Tedi mining disaster, when millions of tons of waste was discharged into rivers during the 1980s and 1990s, affecting more than 50,000 people.

"People could no longer fish, got skin diseases, and faced acute hunger, while the mine created enormous wealth and was a huge earner for the PNG government," Heuveling van Beek told Nikkei Asia.

BHP Billiton, the Australian owners, turned the mine over to the government in 2002 in return for being let off the hook for the destruction. This led to Heuveling van Beek's plan to commercialize conservation.

"How can we make a commodity out of ecosystems without taking them from local people?" he asked. "Based on the expectation that more and more ecosystems will disappear, the business of maintaining untouched land will become more profitable."

Ecoshare has signed preliminary contracts for over two million hectares in seven regions, he said. Investors can purchase certificates that are sold per hectare, which can be converted to shares for a planned IPO in Singapore within 5 years.

To keep stakeholders happy, Heuveling van Beek said the leased land must generate income. "While forests won't be logged and mines won't be opened, businesses will be set up -- from ecotourism to commercializing research into plants, genetics and gnomes," he said. "Ecoshare gives local landowners, outside investors and the government a stake in the maintenance and use of ecosystems." 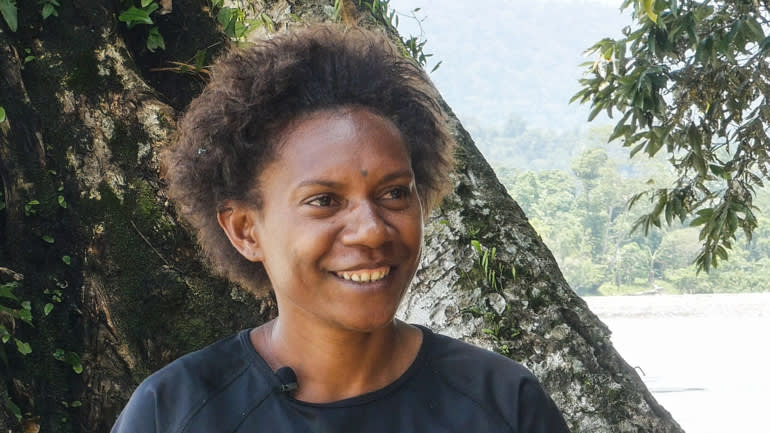 Ruth Kepas, an agricultural expert and activist, grew up in Niksek village on the April River, a tributary of the Sepik River in Papua New Guinea. (Photo by Hans Kemp)

Judging by the fate of Borneo, large-scale logging may eventually whittle down Papua New Guinea's vast forests. In 2014, PNG was the world's largest exporter of tropical timber, most cut down illegally.

Between 2004 and 2017, the country lost 1.3 million hectares of forest -- 4% of its forest area -- with many regions left ravaged by logging. While Japan has since drastically reduced its logging footprint, hardwood demand in India and China has accelerated logging.

"PNG is a very rugged country, its interior still covered in a lot of forest. You can find mangroves, lowland rainforest, mountain forests, subalpine shrubberies and alpine meadows," according to Timothy Utteridge, a plant taxonomist at the Royal Botanic Gardens in the U.K. "The plant life in PNG is extremely rich with around 11,000 plant species," he said. "Because nearly 70% of these plants are found nowhere else on the planet, we have to ensure they are protected in situ."

Uttridge continued: "People in PNG do not have good medical facilities. They want money to feed and clothe their children. If the global economic system won't give them the money for keeping the forests, and the carbon, the climate and the global weather patterns, but rather wants the logs, then what are they supposed to do?" 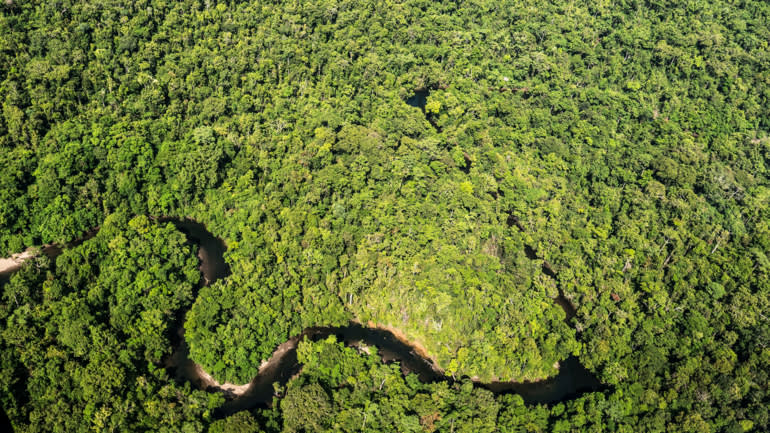 Ruth Kepas, an agricultural activist from East Sepik who grew up with subsistence farming, said the 14 families in her community own 638,000 hectares of mostly virgin forest. "We know that the money other clans get for their land from big companies is not enough to sustain themselves and start a new life," she said. "Nature doesn't return once it's gone. But we also need money for education and health care."

Michael Poesi, a forester from the Bismarck Archipelago, told Nikkei Asia that government agencies have failed to help people transition toward more sustainable livelihoods. "We have aligned our lives to support large-scale operators to succeed in their operations," he said. "We have failed to educate our people on how to invest their royalties."

Poesi allocated his clan's land to Ecoshare and decided to travel around PNG with Heuveling van Beek to speak with other landowners. "Many want to see their forest and marine ecosystems preserved for future generations, and any cash opportunities via Ecoshare are a bonus to disadvantaged rural communities," he said. Michael Poesi at his home on Rambutso Island in the Bismarck Archipelago, Papua New Guinea. (Photo by Hans Kemp)

James Compton, Senior Director for Asia-Pacific at TRAFFIC International, a wildlife trade monitoring network, told Nikkei Asia that clarity of land tenure is essential for preserving wilderness. "That relies on clear governance, and in many cases policing of those resources," he said.

"I'm optimistic that PNG holds a unique and viable opportunity, but there has to be financial return. Ecoshare's integrity is on the line from the outset, and everything depends on the trust between the company and its stakeholders," Compton said. "If it works in PNG, then that 'demonstration' could be adapted to other locations."

Heuveling van Beek is happy that the first share certificates have been sold and that negotiations with landowning families are likely to bring millions of hectares more into the company.

"As soon as a certificate is sold, the land goes up in value and conservation starts. The certificate owners have no authority on how their land is exploited," he said. "Research is needed to find out what's on the land and this requires considerable investment. The more certificates are sold, the easier it is to find ways to monetize the land without destroying what's on it."

Uttridge of the Royal Botanic Gardens agrees. "We have to start paying for what the standing forests give to humanity. The old tropical rainforest blocks in New Guinea, the Congo and Amazonia should be retained as they are incredibly important for carbon storage," he says.

"If the forests of New Guinea are lost, it will be much more difficult to attain the Paris accord target."