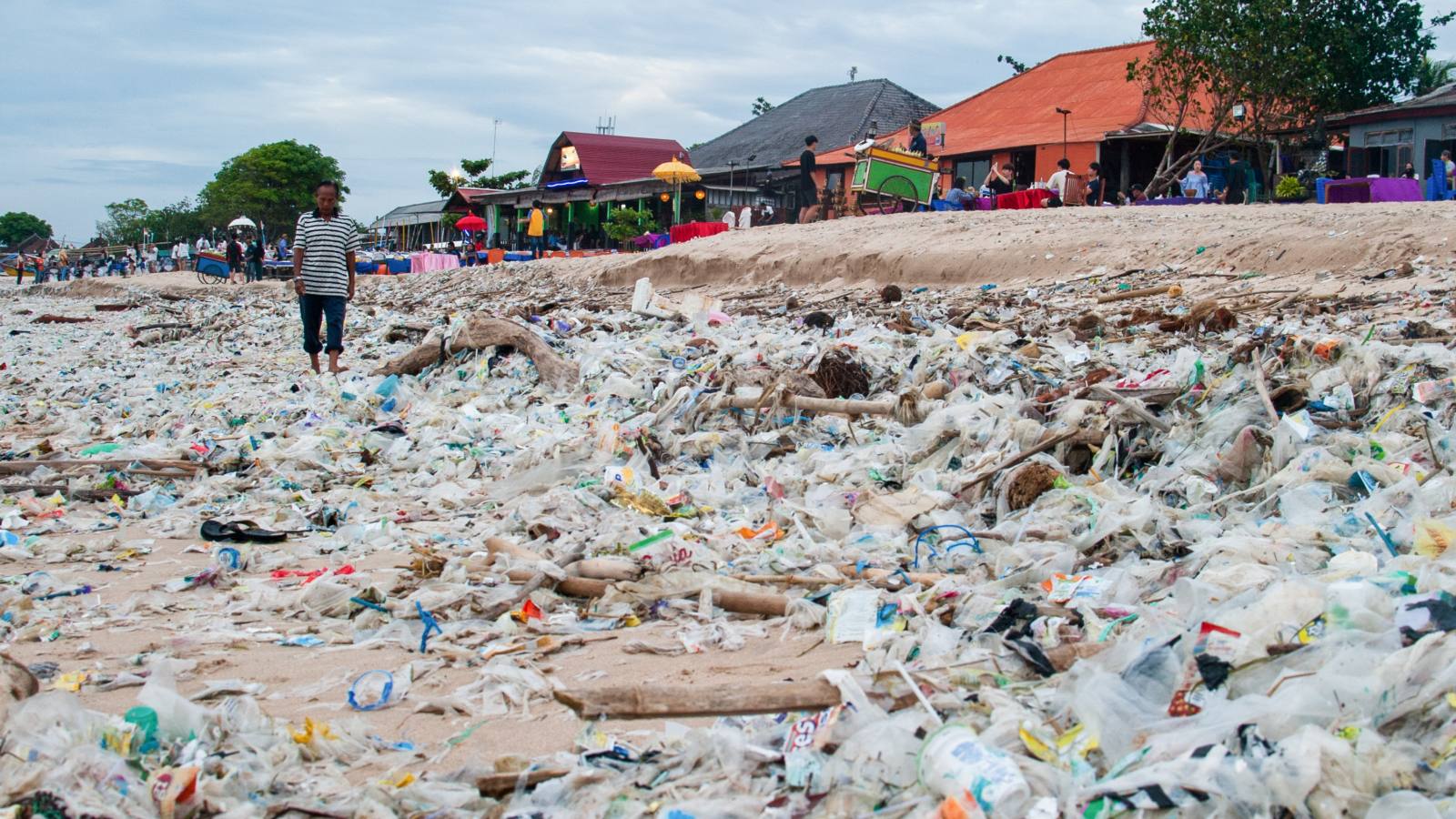 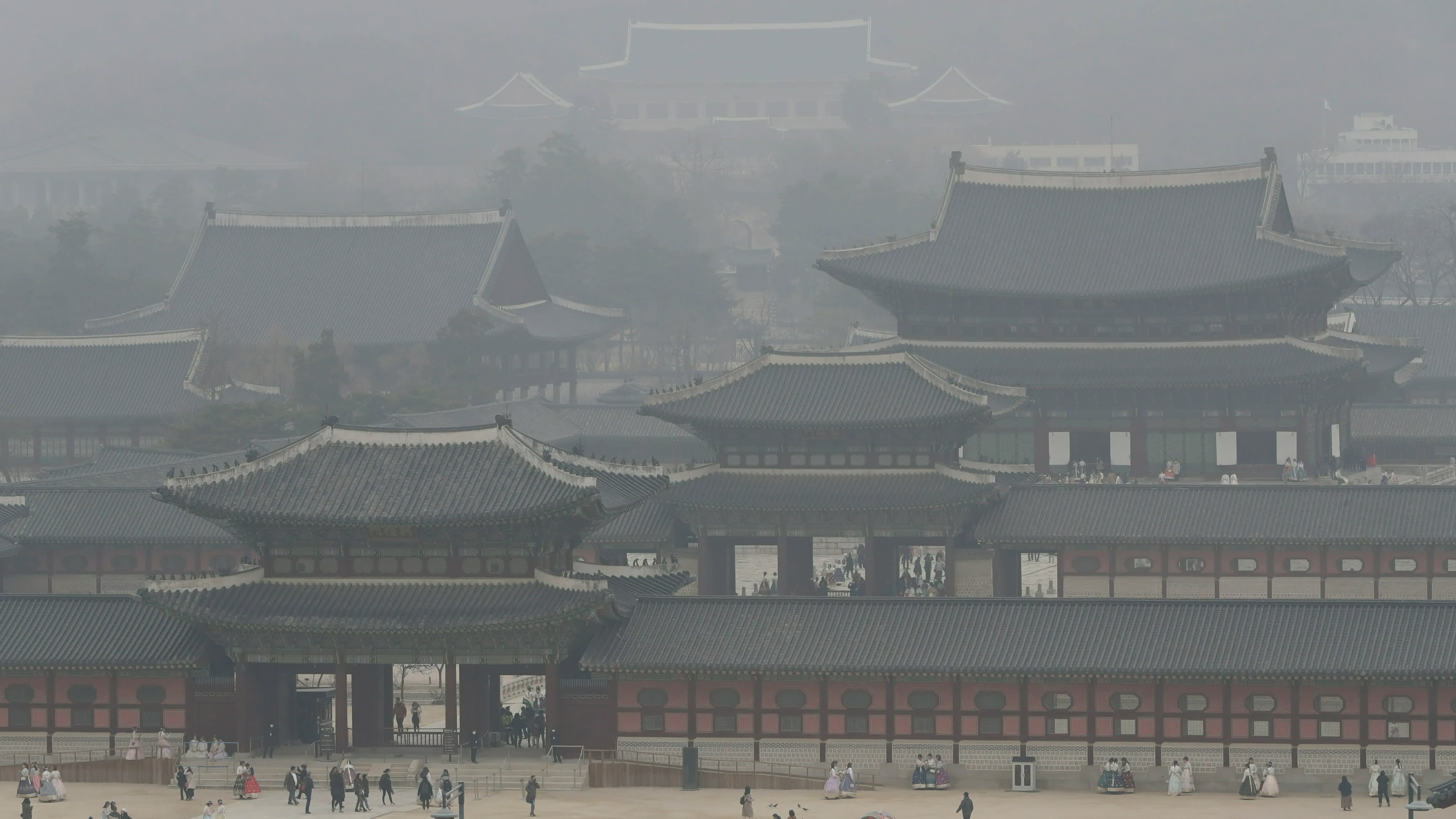 Seoul is behind in committing action towards the climate challenge, according to latest ranking of the world's most appealing cities.   © AP
NANA SHIBATA, Nikkei staff writerNovember 19, 2019 13:32 JSTUpdated on November 20, 2019 01:07 JST | Japan
CopyCopied

TOKYO -- Asian cities such as Taipei and Seoul were found to be less committed to tackling climate change this year than last year, despite growing awareness of environmental issues globally, according to the latest ranking of the world's most appealing cities.

Tokyo was the only Asian city to move up the ranks in terms of the environment, rising six spots to 23rd, thanks in large part to the Tokyo Metropolitan Government's commitment to climate action ahead of the Olympic Games and Paralympic Games to be held in the city in 2020. 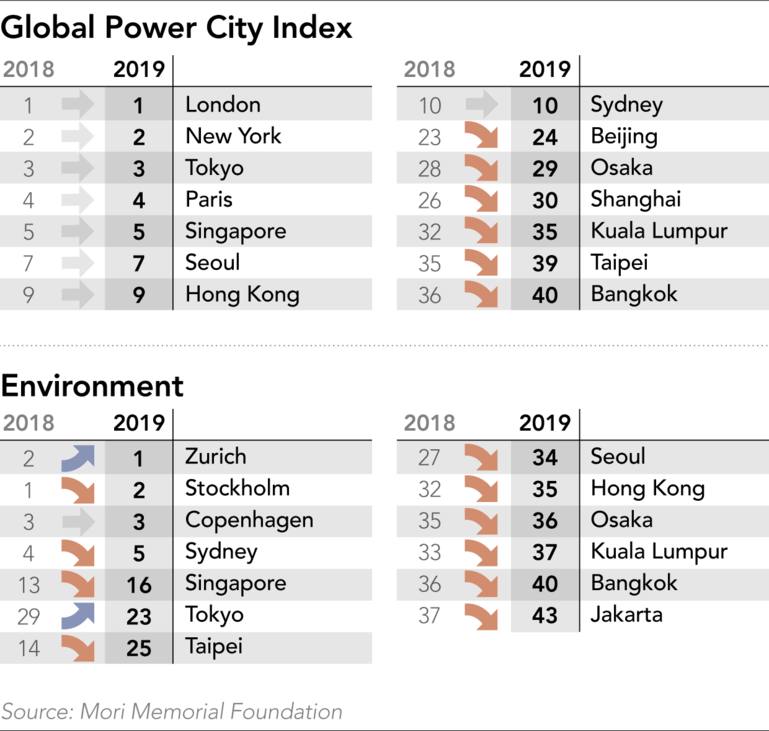 "Asia has started to see a downturn in growth because many Asian countries depend on exports to China, whose economy has been slowing. On top of that, Asia has seen an impact from the trade tension between the U.S. and China. We see this as likely to drag on, as tension between the two is a race for supremacy, not just trade war," said Heizo Takenaka, chairman of Institute for Urban Strategies at the Mori Memorial Foundation and a former Japanese minister for internal affairs.

Tokyo's score fell to 1,422.2 points from the last year's 1,462 partly due to a lack of variety in workplace options and economic risk of natural disasters. But Tokyo has maintained its status as the top city in Asia for four consecutive years.

Singapore's economy ranking rose to sixth place from last year's ninth and the report pointed to the city's "excellent English ability" and its "skilled human resources."

While Hong Kong showed improvements in the economy ranking this year, the future of the Chinese territory has been muddied by the ongoing pro-democracy protests there.

Despite the rise in the economy category, Beijing fell one spot down to 24th overall.