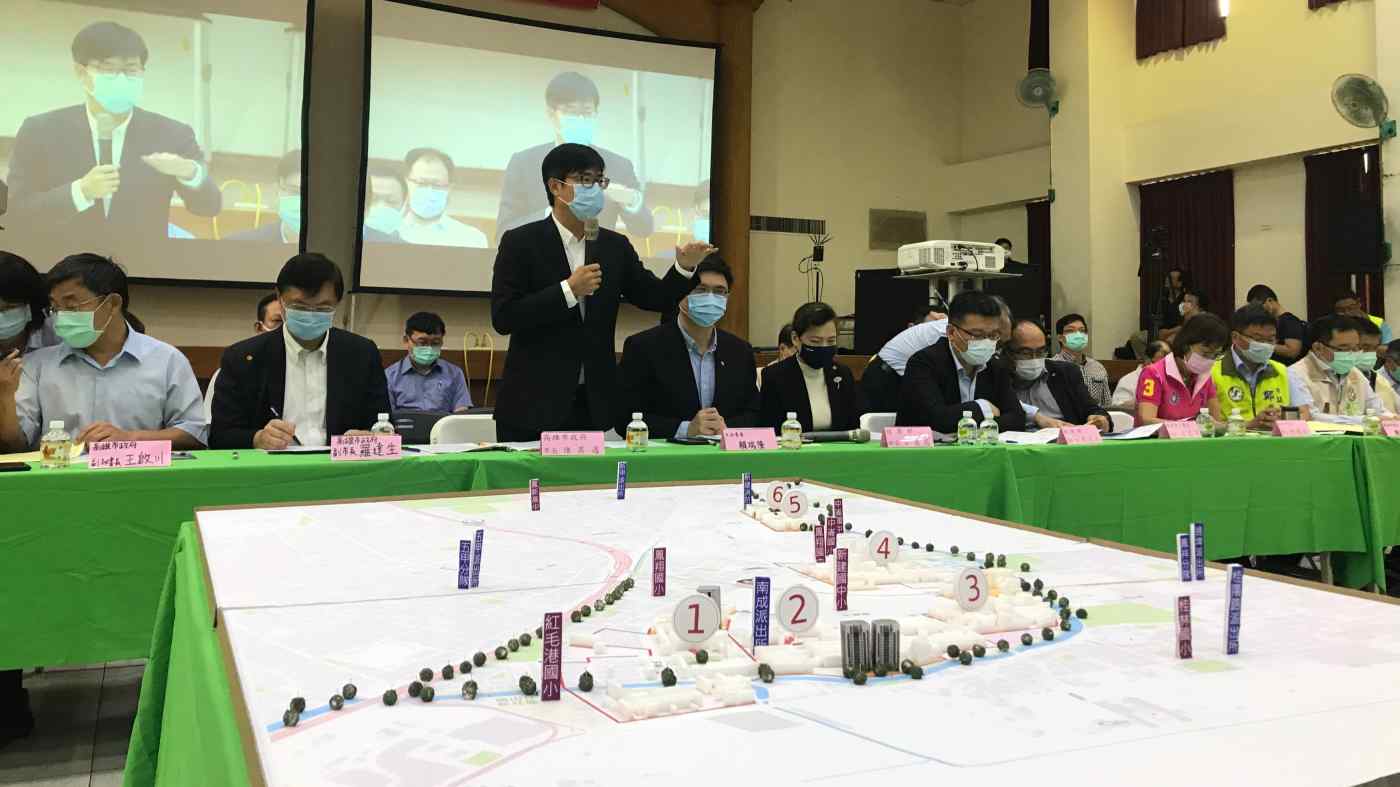 Kaohsiung Mayor Chen Chi-mai presents a model of the plan for a new site to the residents that the government hopes to relocate. (Photo by Louise Watt)
LOUISE WATT, Contributing writerSeptember 29, 2020 14:58 JST | Taiwan
CopyCopied

KAOHSIUNG, Taiwan -- The new mayor of Kaohsiung, a city in southern Taiwan, has signaled that he wants to relocate 20,000 people who have suffered decades of air pollution.

A little over a month after entering office in a special election, Chen Chi-mai presented a plan to relocate the villages of Dalinpu, Fengbitou and Bangkeng. The 154-hectare area became part of an industrial development zone in the 1970s, with factories and power, steel and petroleum plants moving in as part of Taiwan's drive to bolster its economy. Now, the three schools in Dalinpu are surrounded by more than 800 smokestacks.