Tensions over trash exports to Asia heap pressure on companies 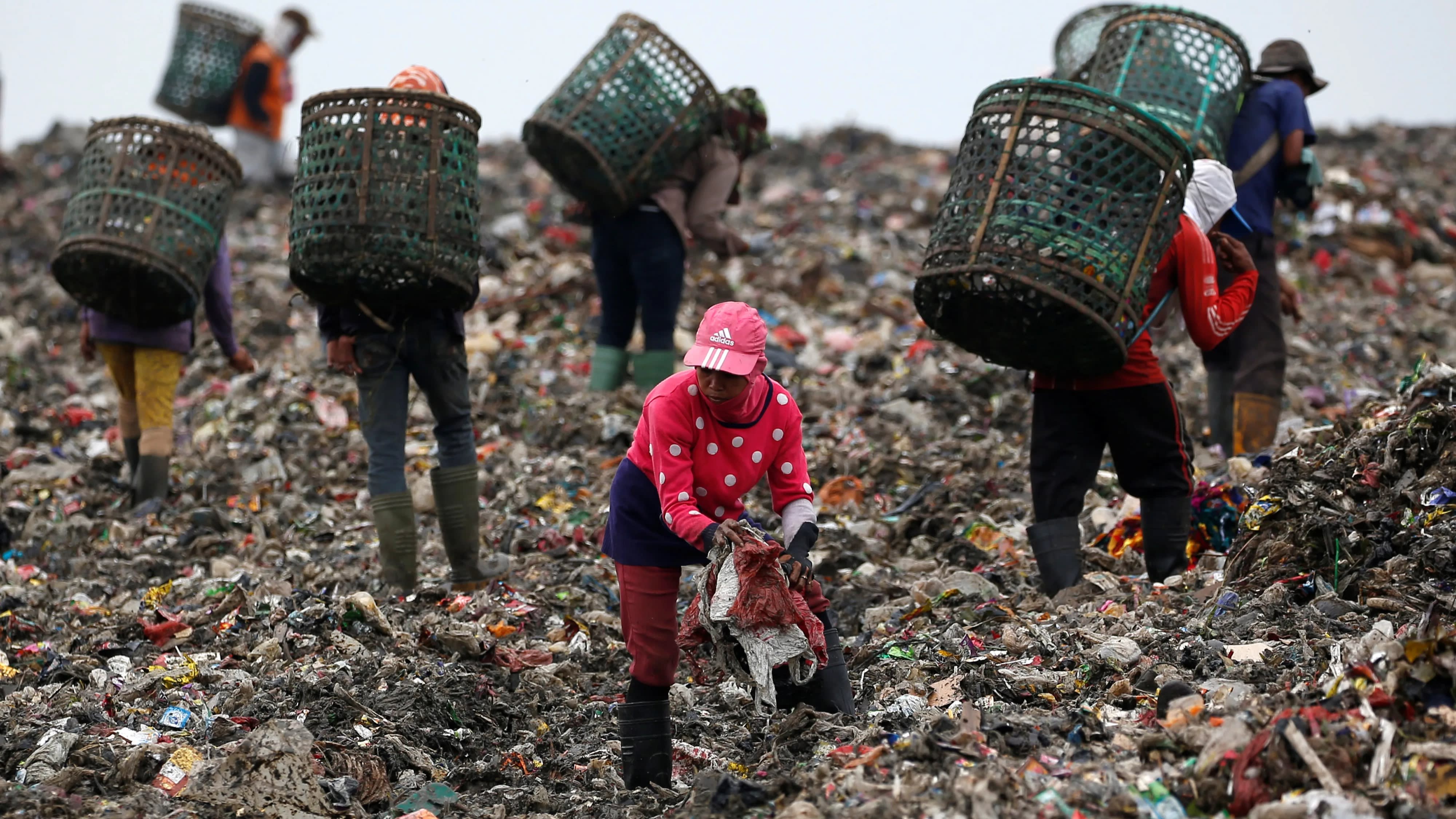 TOKYO -- A simmering global waste crisis is threatening to boil over, as advanced economies generate more than their share of trash and emerging Asian countries tire of being treated like the world's landfills. Companies, a British consultancy has warned, will have to face up to the problem or risk damage to their reputations.

The U.S. produces the most garbage per capita, according to the latest edition of the Waste Generation Index, released earlier this month by the U.K.'s Verisk Maplecroft. The index tracks the rates at which countries turn out municipal solid waste, plastics, food and hazardous material.

After America, the countries most at risk of exacerbating waste issues were the Netherlands, Canada and Austria, while Germany ranked seventh, according to the report. Japan placed 60th.

The study found that while the U.S. only accounts for 4% of the world's population, it generates about 12% of global municipal solid waste. This means American consumers produce over three times as much garbage as their Chinese counterparts.

The consultancy noted that large volumes of the waste produced in developed countries are shipped to Asian destinations, including China, India, Pakistan, Vietnam and the Philippines. This is a recipe for tension: The world, Verisk said, is witnessing a "rising number of international incidents between developing and developed nations over waste shipments."

In May, the Philippines sent 69 shipping containers full of rubbish back to Canada. The trash, reportedly, had been sent to the Southeast Asian country five or six years ago as reusable plastics, but most of it turned out to be nonreusable municipal waste. Manila recalled its ambassador to Canada over the issue in mid-May. 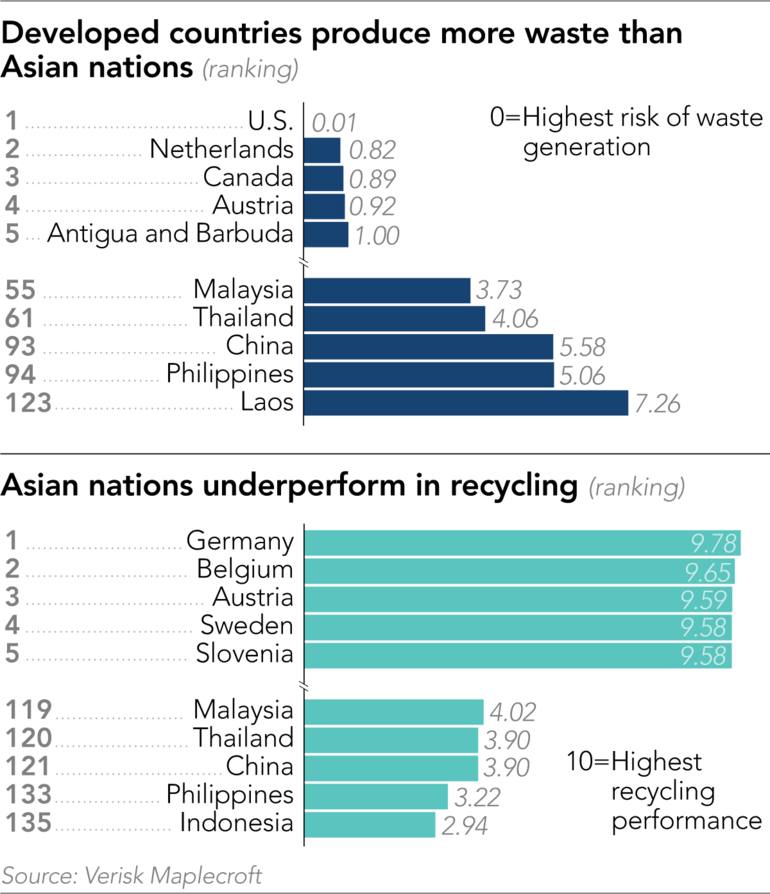 Also in May, Malaysia said it would send plastic waste back to developed countries. And on July 2, Indonesia sent 49 containers back to France, Australia and the U.S.

Other countries have also had enough. Thailand is set to ban foreign plastic waste in 2021, while Vietnam looks to follow suit in 2025.

International cooperation could help mitigate the friction. One example is the Basel Convention on waste, which was amended and signed by 187 countries in May. The new version requires waste exporters to receive consent from the destination country before shipping.

At the Group of 20 summit in Osaka last month, leaders agreed to tackle the plastic waste that is polluting the seas. The U.S., the top exporter of scrap plastic, has been vocally opposed to restrictions in the past, but developed markets are "quickly facing the mounting pressure of waste issues," Niall Smith, senior environmental analyst at Verisk Maplecroft, told the Nikkei Asian Review.

According to Smith, businesses will come under increasing pressure to take responsibility for the waste they generate.

"Companies in the manufacturing and consumer goods industries will be the first to feel this added pressure," he said, noting that new and tighter regulations will increase the cost of doing business. 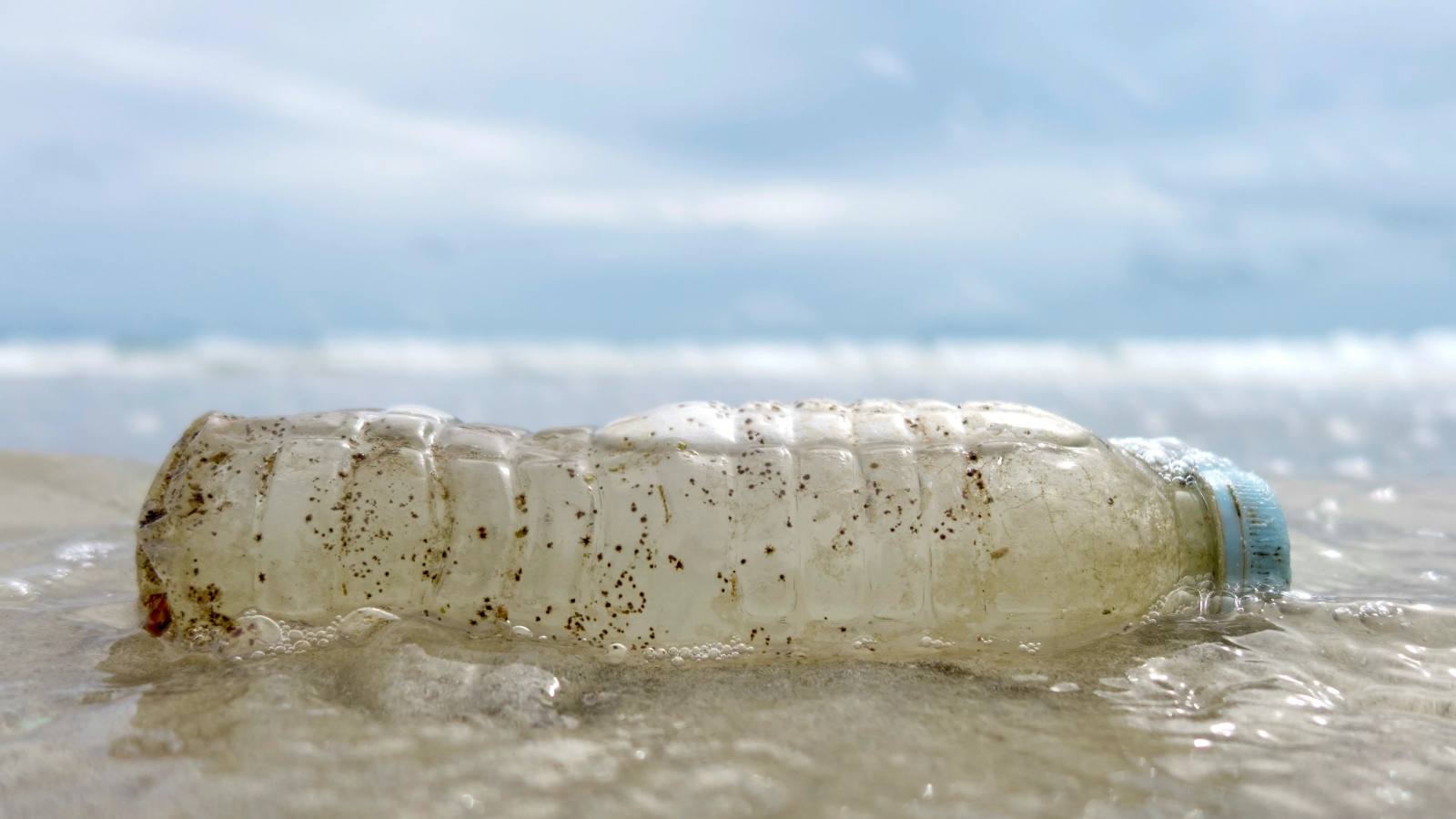 In the U.S., there are signs of change. Since last year, Smith said, there has been "a wave of new investment in recycling infrastructure" across the country. Recycling facility operators are expanding and upgrading existing systems to deal with increasing domestic waste.

Alpine Waste & Recycling, a wholly owned subsidiary of GFL Environmental that operates in Colorado, in March completed a $2.5 million expansion and upgrade of its recycling plant.

In the retail sector, too, companies are investing in recycling. Amazon announced in October that it would pour $10 million into the Closed Loop Fund, which invests in advanced recycling technologies.

Companies should take the problem seriously, Smith stressed, as they could suffer "severe reputational damage if perceived to be a driver of plastic pollution." This, in turn, could cause "greater scrutiny from investors, affecting company stock prices."