Disaster deals a setback to tourism recovery from pandemic 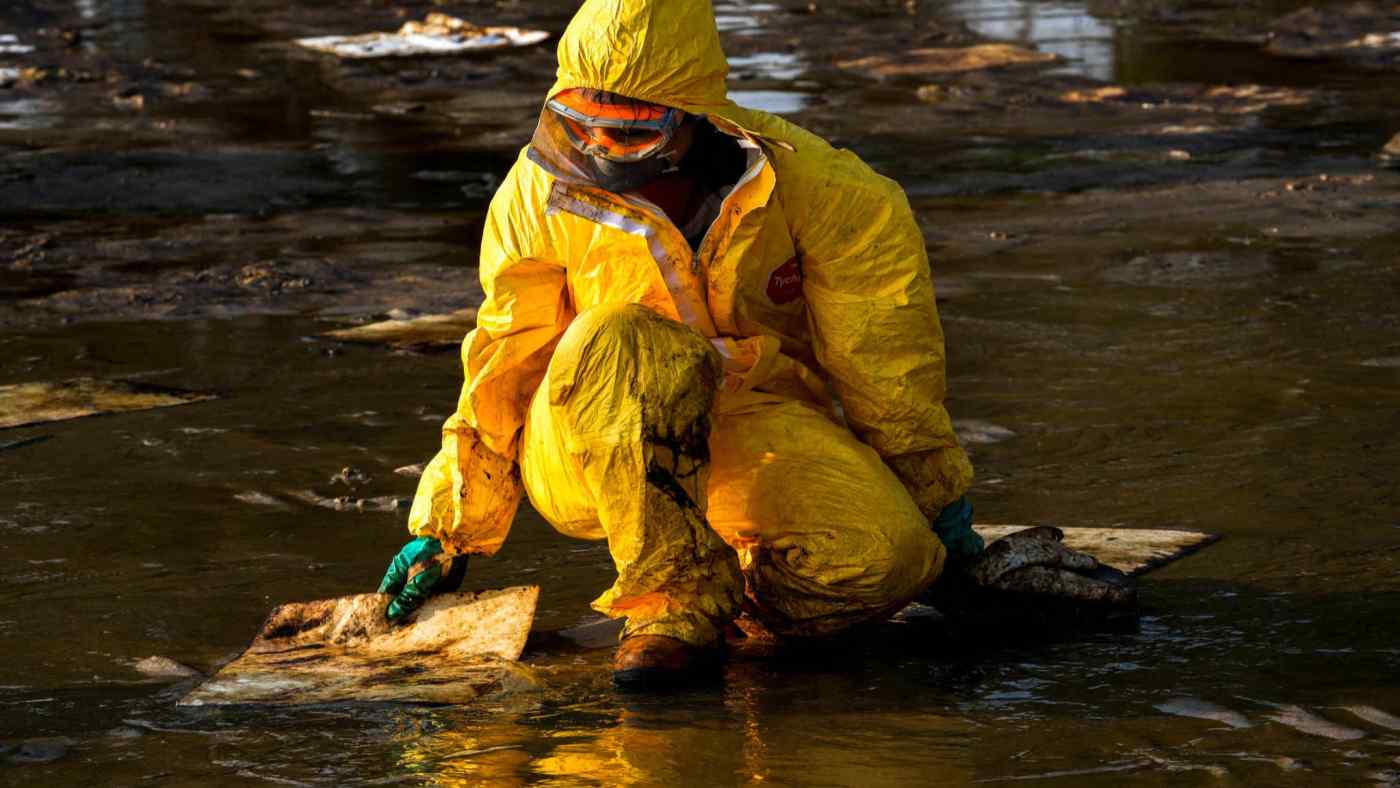 BANGKOK (AP) -- The governor of a province in eastern Thailand on Saturday declared a state of emergency after an oil slick washed up on a sand beach, shutting down restaurants and shops in a setback for the pandemic-hit tourism industry.

Some 20-50 tons of oil are estimated to have leaked Tuesday night in the Gulf of Thailand from an undersea hose used to load tankers at an offshore mooring point owned by the Star Petroleum Refining Co.

The leak was stopped within hours, the company said, but efforts to keep an oil slick from reaching the Mae Ramphueng beach in Rayong province southeast of Bangkok were unsuccessful, and some oil began spilling onto the sand there on Saturday morning.

A major part of the slick remains at sea and there are concerns it may hit Koh Samet, a popular tourist island that's just beginning to recover from the coronavirus pandemic slump along with the rest of the country.

Aircraft have been dropping chemicals to disperse the oil and deploying floating booms to trap it so that it can be skimmed from the surface and removed.

Rayong Gov. Channa Iamsaeng on Saturday declared the stricken beach a disaster area and ordered it closed for swimmers and commercial activities.

Some 200 navy personnel and 150 people from Star Petroleum were helping in the cleanup with equipment to absorb and skim the oil, while two backhoes dug a trench to capture the incoming oil.

The beachside area is largely dependent on tourists. It has been suffering economically from the pandemic that has kept visitors away, and the spill will make recovery harder. The local fishing industry was also affected by the pollution.

The Thai chapter of the environmental action group Greenpeace said the spill was the second involving Star Petroleum after an incident in 1997.

It issued a statement demanding that the oil company show clear accountability for the accident, pay for the cleanup and issue a complete report on the economic, social and environmental impacts of the spill.