TOKYO -- A California startup with plans to recycle concrete and use it to trap carbon dioxide will receive support for its business from Japanese trading house Mitsubishi Corp.

Blue Planet says that compared with traditional methods of making concrete, its technology reduces CO2 by about 100 kilograms per ton.

Mitsubishi will provide funding as well as promote Blue Planet's product through its global sales network. The partnership comes as the energy-heavy trading company -- which along with its Japanese peers recently drew a high-profile investment from U.S. billionaire Warren Buffett's Berkshire Hathaway -- looks to burnish its environmental record.

Concrete is made from pebbly aggregate mixed with cement. Blue Planet produces aggregate using CO2 from factory emissions as an ingredient.

Its technology does not require the energy-intensive step of purifying CO2 before use, Blue Planet said, in contrast with carbon-sequestering concrete from other companies. 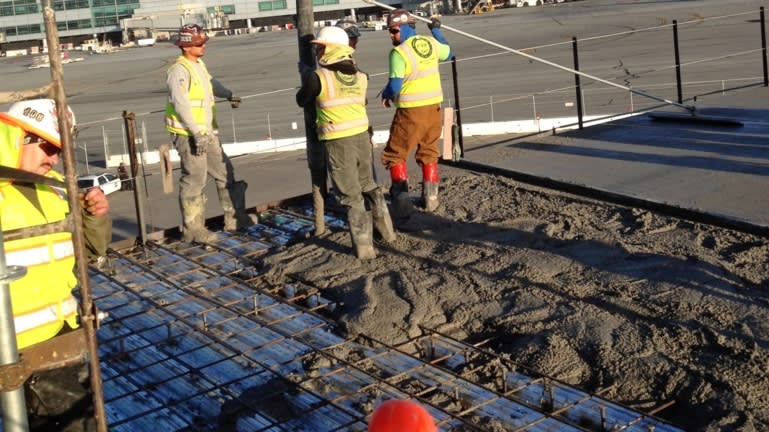 The process starts by extracting calcium from unused or demolished concrete. The resulting solution is exposed to CO2 to form a limestone coating for rock particles. This artificial aggregate, which can be used to make new concrete, contains the captured gas.

A byproduct from this process is aggregate left over after the old concrete is recycled. This material also can be reused.

Blue Planet's carbon capture aggregate was used in concrete for a project at San Francisco International Airport in 2016. The company plans to open a prototype factory with an annual production capacity of about 20,000 tons next year, aiming to reach roughly 400,000 tons within two years afterward.

Mitsubishi is working to develop technology for locking CO2 in concrete as part of a separate project with Japanese construction group Kajima and Hiroshima-based utility Chugoku Electric Power.