Pouring funds into rebuilding proves easier than tempting back residents 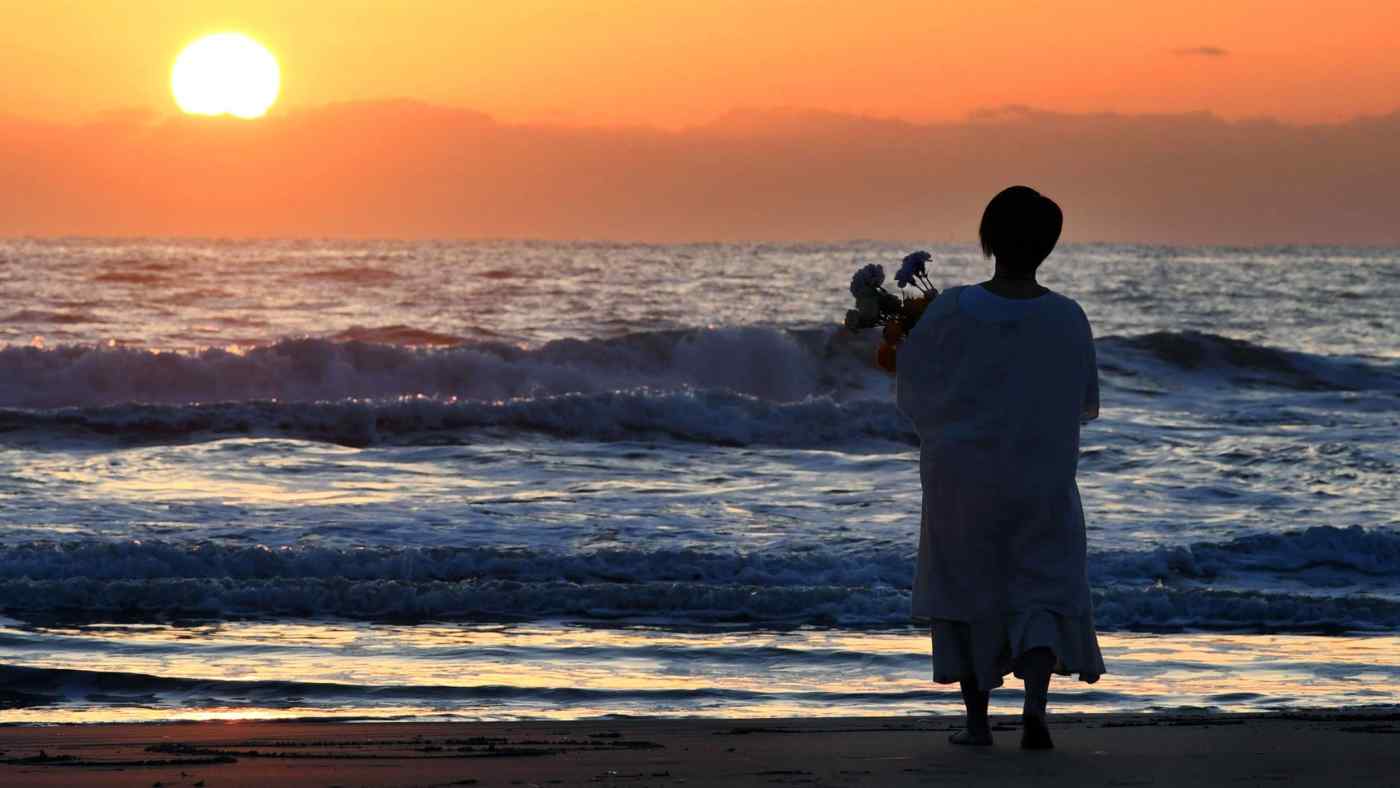 A woman prays on a Fukushima beach to commemorate victims of the devastating earthquake and tsunami that occurred 10 years ago on March 11. (Photo by Kai Fujii)
Nikkei staff writersMarch 11, 2021 12:00 JSTUpdated on March 11, 2021 16:11 JST | Japan
CopyCopied

TOKYO -- Japan on Thursday marked the tenth anniversary of the earthquake, tsunami and nuclear disaster on its northeastern coast, mourning the more than 22,000 people who died or remain missing.

The magnitude 9.0 quake struck at 2:46 p.m., sending a massive wall of water hurtling toward the shore -- and the Fukushima Daiichi nuclear power plant. The government held a memorial ceremony starting at 2:30 p.m. on Thursday, with Emperor Naruhito and Prime Minister Yoshihide Suga in attendance.