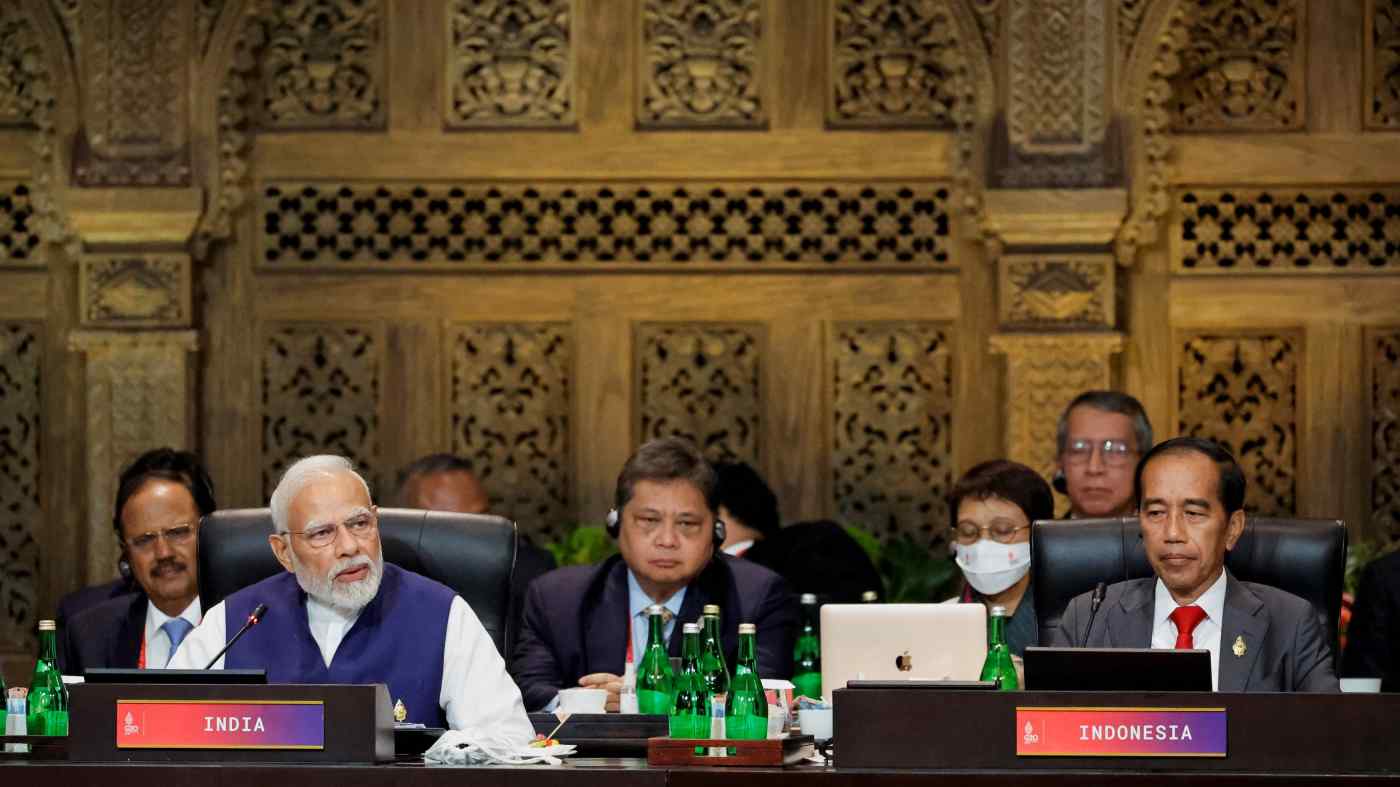 NUSA DUA, Indonesia (Reuters) -- Leaders of the Group of 20 (G-20) nations deplored Russia's aggression in Ukraine "in the strongest terms" on Wednesday and demanded its unconditional withdrawal in a declaration adopted at the end of a two-day summit.

"Most members strongly condemned the war in Ukraine," the declaration said, signaling that Russia, which is a member of the G-20, opposed the wording. The positions taken by China and India, which abstained from a similar U.N. resolution in March, were not immediately clear.