Indo-Pacific a focus for U.S. and Europe on G-20 sidelines 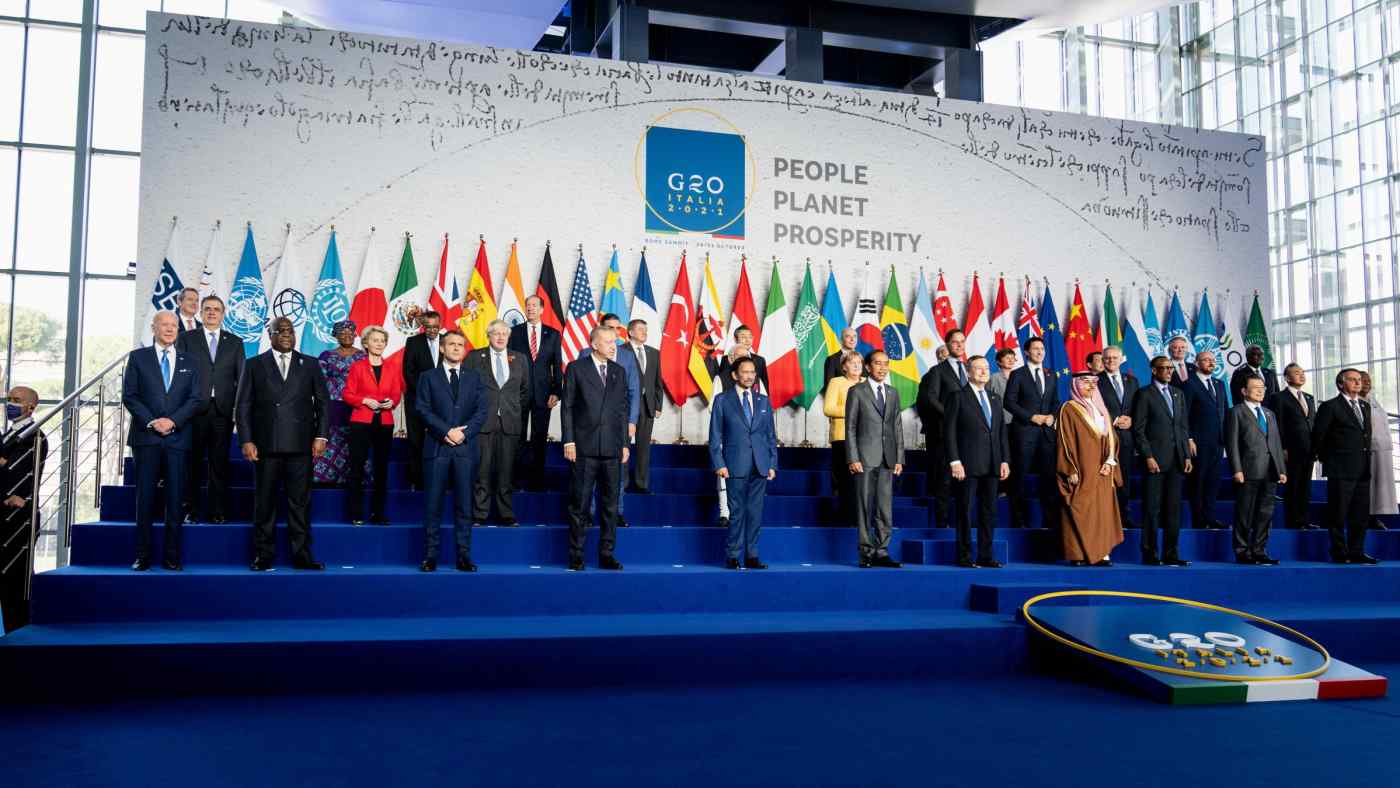 ROME -- U.S. and European leaders took the opportunity to emphasize the importance of Indo-Pacific and engage with regional partners at the start of the Group of 20 leaders summit here Saturday, as relations fray between China and Western powers.

The two-day summit is the first in-person meeting in two years of the leaders of the world's top rich and developing nations, though several leaders, including Chinese President Xi Jinping and the new Japanese Prime Minister Fumio Kishida, are attending remotely.

For those on the ground, the summit is proving ripe with discussions and photo ops for leaders to mingle on the side lines.

By Saturday evening, French President Emmanuel Macron had met with the leaders of India, Indonesia, and South Korea, each time referring to the Indo-Pacific and highlighting French commitment to stability and cooperation in the region.

Macron also promised to strengthen relations between Southeast Asia and Europe through the French presidency of the Council of the EU in the first half of 2022. 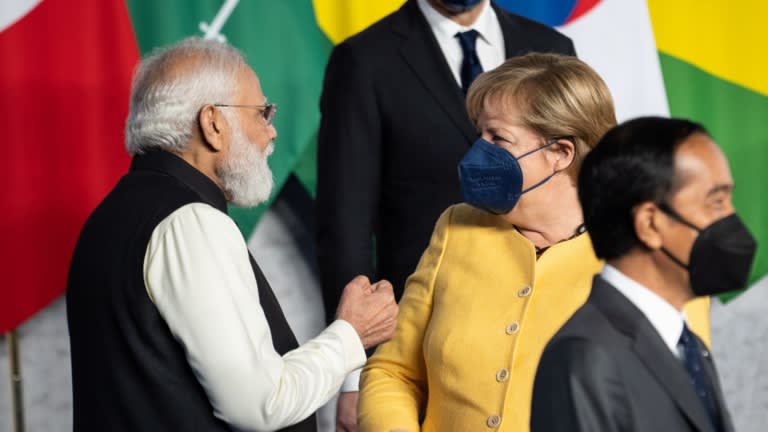 "The EU is one of India's very important partners and in today's meetings, the leaders reviewed India-EU cooperation covering political and security relations, trade and investment relations, as well as Roadmap 2025 adopted at the last India-EU summit," India's Foreign Secretary said in a briefing, referring to a road map agreed last year to strengthen the strategic partnership.

In its Indo-Pacific strategy published in September, the EU made clear the strategic importance of the region for the EU, and stated it will intensify dialogue and cooperation with partners.

Singaporean Prime Minister Lee Hsien Loong also met with Michel, discussing how to "enhance and strengthen further our partnership," as well as "digital cooperation, microprocessors, supply chains and AUKUS," according to Michel's tweets.

AUKUS, the recent pact between the U.S., U.K. and Australia had seemingly caused a diplomatic faux pas among Western partners engaged in the Indo-Pacific. The deal to build nuclear submarines for Australia in practice replaced an existing deal Australia had with France, resulting in Paris criticizing the others for a lack of communication over the issue.

A day before the summit, U.S. President Joe Biden was keen to repair the cracks. He underscored how important the relationship with France is, including as a partner in the Indo-Pacific. 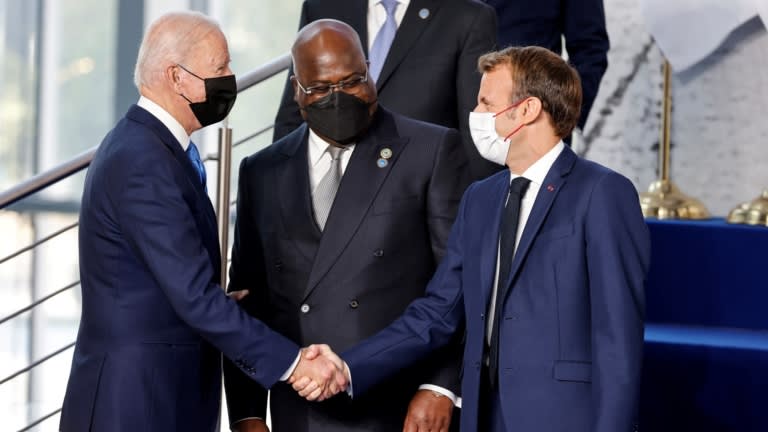 US President Joe Biden shakes hands with France's President Emmanuel Macron at the opening of the G20 summit.    © Reuters

A joint statement from the leaders said they recognize "the importance of robust collaboration in the Indo-Pacific, particularly given growing economic and strategic challenges there."

"They support further dialogue and practical cooperation with partners in the Indo-Pacific, noting the importance of combined efforts to support the rules-based international order and determine common approaches to global challenges."

Biden also welcomed the EU's Indo-Pacific strategy. "As France and other European nations increase their air and maritime deployments in the region, the United States intends to increase its support and material contributions to these deployments," he said.

Meanwhile on the main stage and official agenda of the G-20 summit, a joint communique of agreed outcomes is set to be published on Sunday.

A key conclusion will be the formal confirmation by the G-20 leaders on a global minimum tax rate of 15% for multinational enterprises from 2023. It is estimated to generate roughly $150 billion in additional global tax revenues annually, and result in a fairer distribution of profits and taxing rights among countries in relation to large multinational businesses.

"This is more than just a tax deal -- it's diplomacy reshaping our global economy and delivering for our people," Biden wrote on Twitter.

The major reform of the international tax system was agreed earlier by the Group of Seven rich nations and the 136 countries and jurisdictions that are a part of Organization for Economic Co-operation and Development.

Addressing the energy crisis sweeping the world, Biden called for global energy suppliers to ramp up production to aid in the global economic recovery from the pandemic.

With the U.N. climate conference world leaders summit to begin on Monday in the U.K., the G-20 summit is seen as a lead up in uniting the richest countries and largest emitters in making ambitious commitments to tackle climate change. G-20 members account for more than 80% of world GDP, 75% of global trade and 60% of the population of the planet, but it also accounts for nearly 80% of greenhouse gas emissions, according to the United Nations.

G-20 leaders also spoke about the pandemic, which has exposed vaccine equity as a major problem where the world's richest countries are being pressed for a solution.