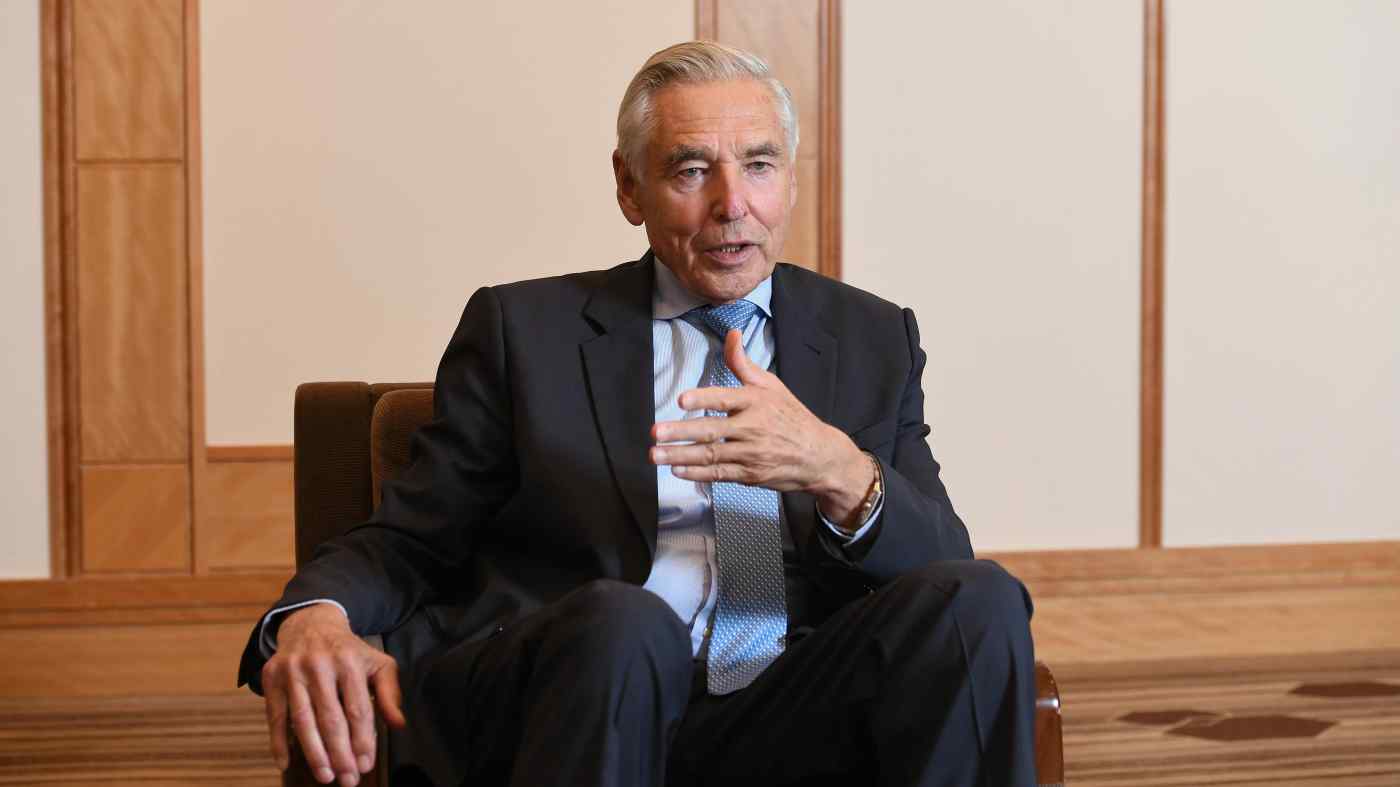 First, the world's overall population is projected to grow from 8 billion to 10 billion, he noted in an interview on the sidelines of the Nikkei Global Management Forum in Tokyo.

And third, he said, there is growing demand for food that has less of an environmental impact. Meat production tends to consume more resources than crops, spurring the development of artificial meat, for instance.

The 74-year-old Austrian, who served as Nestle's CEO from 1997 to 2008, is also a vice chairman of the World Economic Forum. Underscoring his optimism, he added, "The reason why we have so many new startup businesses is, for me, a sign that there are many, many, many opportunities out there."

In Japan, some food companies attribute stagnant revenue growth to the nation's demographic decline and are increasingly shifting to other businesses, such as pharmaceuticals. Brabeck-Letmathe, however, said the food industry's focus on health and nutrition does not mean it will simply meld together with the drug sector.

Food can also boost the effectiveness of medication. "If you go through chemotherapy or radiation, which is destroying your immune system, good nutrition can help you reinforce your immune system and help the medicament to be more effective," he said.

"You see today coffee penetration in China, and even in India, which are all traditional tea-drinking markets," he said. "The opportunity for coffee in Asia is very, very big."