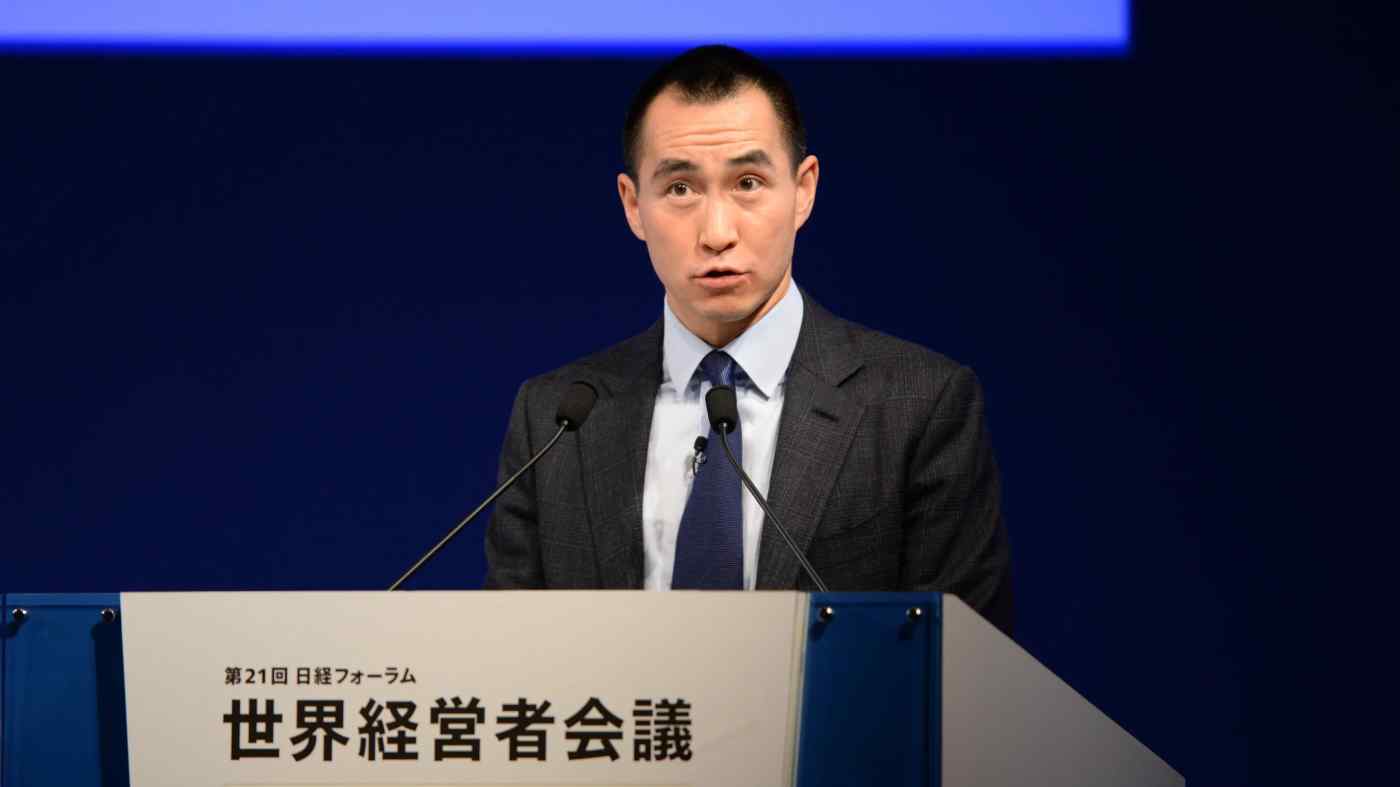 TOKYO -- Japan can "easily" meet its target of doubling the number of foreign tourists, the head of Hong Kong-based casino operator Melco Resorts & Entertainment told a conference on Tuesday.

"A lot has changed in Japan for the better in terms of the accessibility for international visitors," Lawrence Ho, Melco's chairman and CEO, said during a speech at the Nikkei Global Management Forum in Tokyo. "60 million is a very easy figure to accomplish."

Japan attracted a record 31.1 million foreign tourists in 2018 -- nearly triple the figure five years earlier -- in the run-up to the 2020 Tokyo Olympics. It aims to double the number again, to 60 million, by 2030. To capture the windfall, Melco is eyeing a bid to build an integrated resort in Yokohama.

The surge in tourists has been a major boon for a broadly stagnant Japanese economy. On the other hand, the rapid development of hotels and commercial facilities has raised concerns about oversupply once the Olympics are over.

Timothy Hansing, CEO of Red Planet Hotels, a Thailand-based budget hotel chain, brushed off such worries. "The Olympics is not the peak of tourism," he said, adding that the "growth of demand [in Japan] is staggering."

The forum covered plenty of ground over the course of the day, including the importance of innovation and strategies for tackling global issues like climate change.

Hans Van Bylen, CEO of German consumer goods and chemicals maker Henkel, said broad alliances are essential for confronting global problems like climate change and pollution. This can even involve teaming up with rivals, he said, citing a joint initiative to end plastic waste that Henkel "took together with one of our big competitors."

Earlier on Tuesday, speakers explored the wealth of opportunities in Asian markets as well as the potential risks of the U.S.-China trade war and other upheavals.

Grab's Tan Hooi Ling said the true economic potential of Southeast Asia is only just coming into view, seven years after the ride hailer was founded. The region's "digital economy," she said, "is going to triple by 2025."

Tan noted that Southeast Asia is a diverse region as well as a young one, with an average age of just 30 and more mobile phones than bank accounts. "Where others see chaos, we see opportunity," she said.

Detailing the company's diversification into other services like food deliveries and e-payments, she said, "We use technology to unlock the potential of Southeast Asia in ways that have not been done before." And she stressed that it is not doing it alone: Grab is backed by SoftBank Group and has formed strategic partnerships with Toyota Motor and Honda Motor.

Barclays' Staley, meanwhile, weighed in on how the U.S.-China trade conflict is creating challenges for companies in Europe. 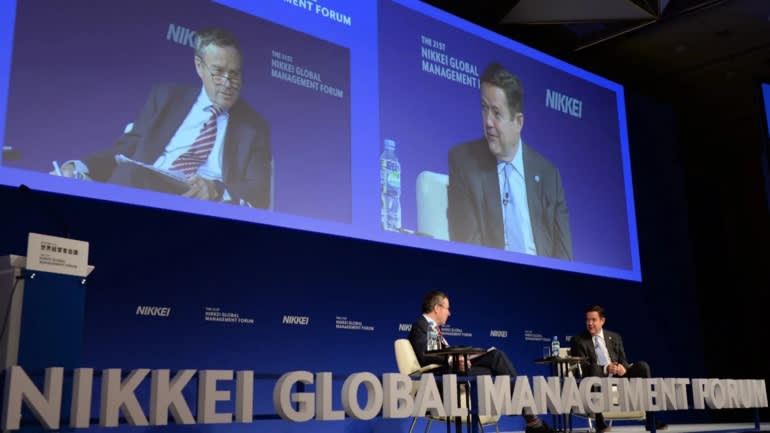 "You've got five big tech companies in the U.S., then you've got five major U.S. banks that dominate the global capital market," he said. "What does that mean in terms of geopolitical competition? Will the rest of the world, will the U.K., will Europe, be at one level forced to pick a side? That would be a pretty uncomfortable place for everybody to be in. That's a possibility."

Staley also warned of uncertainty stemming from central banks' rush to cut interest rates to ultralow levels. "The transmission mechanism of dropping interest rates to generate economic growth is running out of steam," he said.

"If the current monetary policy is going to be a contributor to sustained economic growth, it's got to be matched by more growth-oriented fiscal policy in Europe and the U.K."

Takeda's Weber also expressed concern about the trade war, even though Japan's largest drugmaker has yet to feel significant effects. "This is something we are closely looking at," Weber said. At Takeda, one factory supplies a given medicine worldwide. "If the world is starting to bifurcate, it will complicate our life a lot."

Still, despite the hazy global outlook, Weber is pressing ahead with a major international expansion drive. The company is preparing a flurry of product launches in China, he told the forum. 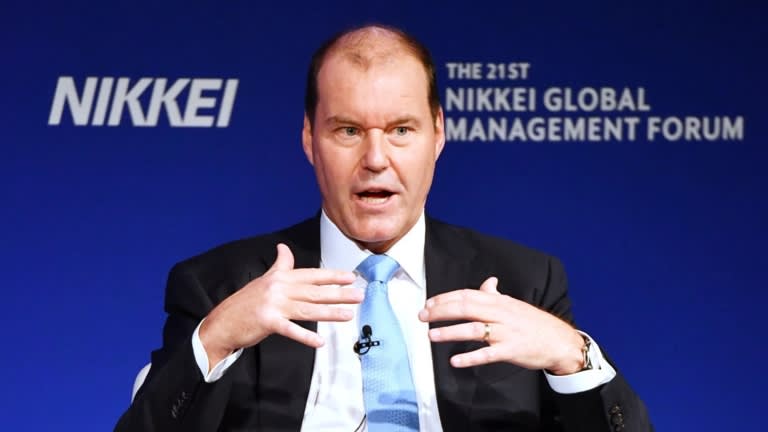 "We are planning to launch more than 10 new medicines in the next three years in China," Weber revealed. "There is a huge evolution going on" in China's health care industry in terms of approvals for innovative medicines, he added.

Weber presided over one of the largest acquisitions ever in the pharmaceutical industry, when Takeda completed its roughly $60 billion purchase of Irish peer Shire earlier this year.

"We think speed matters a lot," Weber said, noting that "the pharmaceutical market is growing very fast in China, in emerging countries and in the United States." The faster a drugmaker can release unique products, the higher the profit margin will be, giving the company more resources to spend on further research and development -- a virtuous cycle.

That is crucial at a time when drugmakers face skyrocketing investments in research and development.

Weber said that Takeda will focus on fewer diseases and accelerate product launches through partnerships with various outside organizations, including technology companies and academia. "We don't mind products coming from our own research lab or externally. This is a new mindset of partnering," Weber said, adding that his company has forged 200 collaborative research arrangements in the last four years, in and outside Japan.

Find out more about the event here.