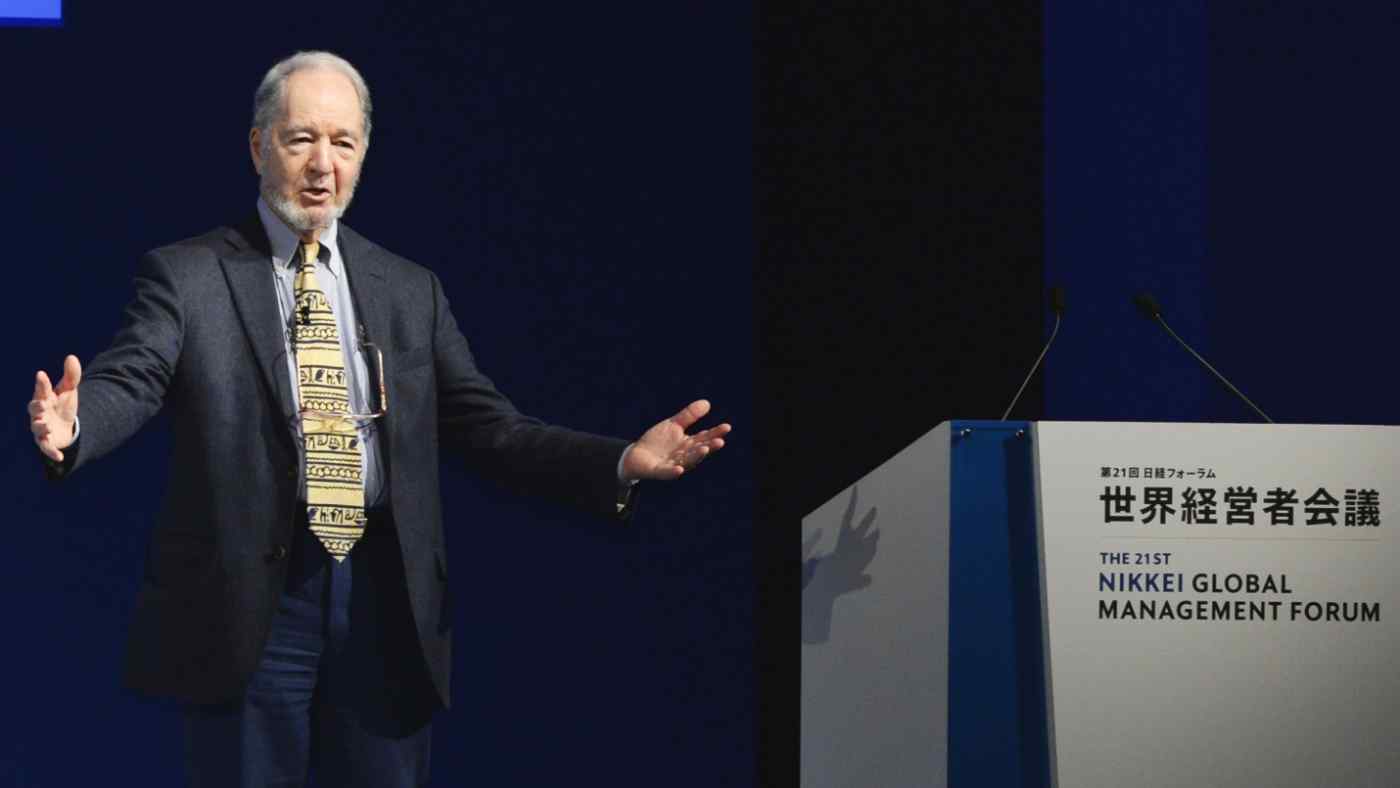 "The essence of democracy is that you can discuss anything even if the government doesn't like it," Diamond said in an interview in Tokyo, where he was attending this week's Nikkei Global Management Forum. The impeachment probe of U.S. President Donald Trump is one example.

Asked how Beijing could overcome difficult relations with Washington, territorial disputes in the South China Sea and demonstrations in Hong Kong, he replied that "the best thing China could do ... is to become a democracy."

In a separate speech to the forum, he said China's system of one-party rule puts it at an "enormous disadvantage" compared with the U.S., even though democracy can sometimes slow down decision-making. Diamond said China's "disastrous policies, notably educational policy and economic policy in the last 40 years," would not have happened in democracies that allow open discussion.

"I am less confident about the future of China," Diamond added, despite U.S. fears of being overtaken by a new Asian superpower.

Diamond, a professor of geography at the University of California, is also known as an anthropologist, biologist and historian. His latest book is "Upheaval," a comparative analysis of historical crises in different countries. In it, he suggests that for nations to address crises, they need to acknowledge the problem, take responsibility for solving it, learn from other models and adjust them accordingly.

The professor did not limit his critiques to China. In the interview, he stressed that Japan has not yet sufficiently addressed issues such as sustainable use of natural resources, immigration and tense relations with China and South Korea.

Immigration would increase Japan's young population, he said, adding that allowing more newcomers would also spur technological innovation. Many American scientists who have won Nobel Prizes, he noted, are immigrants or the children of immigrants.

To make the initial decision to emigrate, "you've got to have courage, you've got to go against the rules of your country," he said. Likewise, "in order to win a Nobel Prize, you have to take risks."

According to Diamond, today's Japan lacks the feeling of urgency that drove change during the Meiji Restoration in the 19th century, when Japan abandoned isolationism and rapidly industrialized. He described this as a success story for solving national crises.

The same principle of learning from others can apply to companies, he suggested. "Big businesses can look to big businesses in other countries as models."

Diamond said his next book, with a German co-author, will explore how businesses can solve problems by drawing on the ways individuals and nations deal with crises.