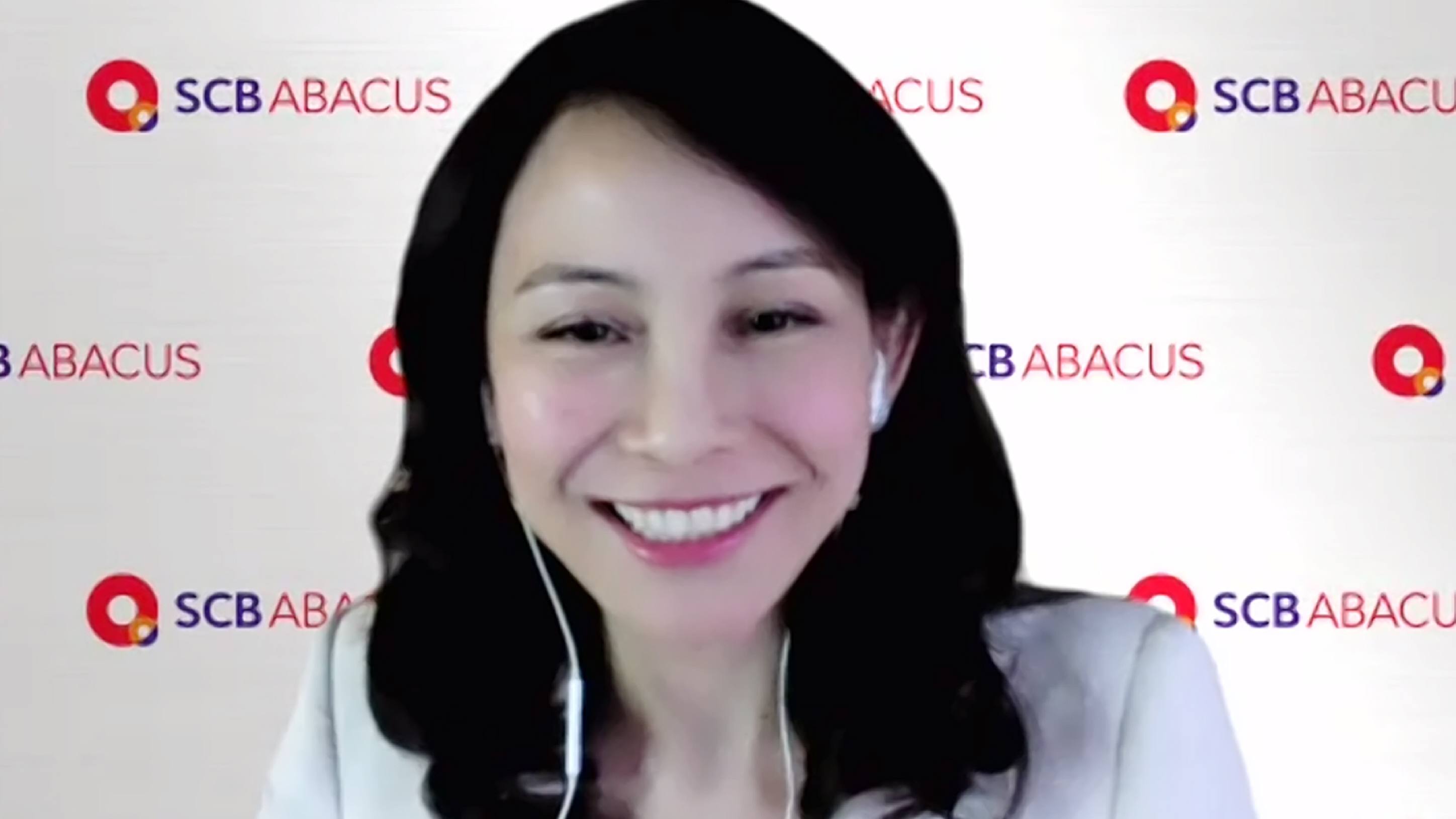 As an economist at Siam Commercial Bank, Sutapa Amornvivat persuaded her bosses to open a subsidiary to disrupt its own industry lest it become disrupted itself.
MASAYUKI YUDA, Nikkei staff writerNovember 13, 2020 16:27 JST | Thailand
CopyCopied

BANGKOK -- A Thai megabank's AI-powered subsidiary is out to promote financial inclusion now that it has successfully ridden high on the strongest headwind many industries have faced in more than a decade, the COVID-19 pandemic.

"Fairly positive in a strange way," SCB Abacus CEO Sutapa Amornvivat said in describing the impact of the global crisis. "We were certainly concerned with caution because we knew the economy would be hard hit by this. That applies to lenders universally, whether we are digital or not. But because we have digitized, it allowed us to open up [a market segment] traditional players cannot access."

Sutapa was speaking on the sidelines of the Nikkei Global Management Forum, held this week.

According to a survey conducted by Sea and World Economic Forum, a Singapore-based consumer internet company, SMEs have tended to turn to their family's or their own savings instead of to banks to fund their way through the COVID-19 economic crisis.

"We saw this problem as an opportunity," Sutapa said, "because commercial banks only look at the traditional way" of lending.

Generally, conventional banks require SMEs to provide three to four years of operational records when applying for loans so that they can investigate management, succession plans and eventually creditworthiness.

SCB Abacus shrugs at that information, preferring to mine data from its transit, retail, e-commerce and telecom partners that it feeds into algorithms so it can offer loans to clients in about 20 minutes.

This is the fastest path to money in Thailand's lending industry. And the path is open outside bank branches' business hours.

SCB Abacus has found SMEs prize immediacy and convenience ahead of interest rate considerations when borrowing. When the fintech startup's research pointed this out, Sutapa said, "we realized that [there] is a niche market that technology can play into it. ... We were lucky to [have begun offering] our service before the crisis happened."

Besides partnering with transit, telecom and retail companies, "we are also open to working with other financial institutions," the CEO said at the forum. "We are also looking for strategic investors with the networks and technology to help us expand our business" throughout Southeast Asia.

Sutapa previously led the Economic Intelligence Center of Siam Commercial Bank. Before joining the lender, she founded a risk analytics and research team at TMB Bank during a secondment from Dutch financial giant ING Group. Before entering the banking industry, she was an economist at the International Monetary Fund.

SCB Abacus' founding CEO said the knowledge she gained from her career as an economist was behind her foray into AI.

"Within the Economic Intelligence Center," she said, "we built a very small unit focused on looking at the disruptive nature of technology and what we can do to mitigate that risk." The work led her to propose that SCB set up an outside company to explore financial innovations through big data and other cutting-edge technological tools.