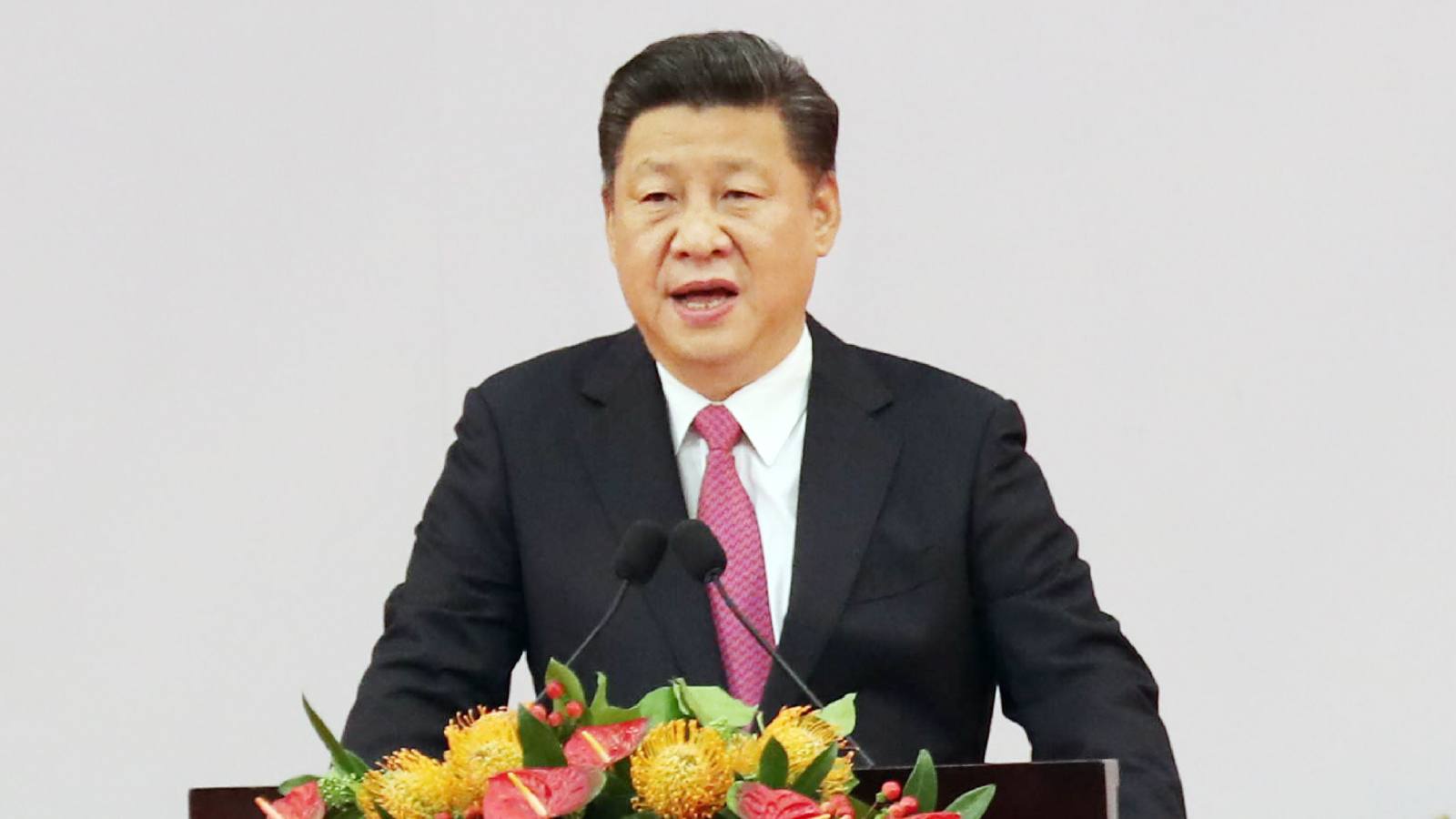 Over a century and a half of British rule, Hong Kong developed into a critical gateway between China and the world. Now, two decades after the territory was handed back to China, the gateway is not nearly as essential -- at least from Beijing's perspective. China's breakneck economic growth has changed the game and raised some uncomfortable questions for the "Pearl of the Orient."

HONG KONG -- In 1997, the year of the British handover, the gross domestic product of Hong Kong alone was equivalent to 18% of China's total. Last year, the ratio was less than 3%.

Those numbers tell us a lot about Hong Kong's place in the new China. Global companies are increasingly inclined to bypass the special administrative region and deal with the mainland directly. But Hong Kong is not merely a spot on the map. It is a dynamic city, and the combination of its diminishing profile and Beijing's growing influence is making many residents uneasy. Is their hometown destined to become "just another" Chinese metropolis? Will the "one country, two systems" model, which is supposed to guarantee a high degree of autonomy, eventually melt into one system?

These questions loom large as the city marks the anniversary of the transfer of sovereignty on July 1.

Hong Kong formally became a British colony in 1842, after the Opium War. It became a go-to destination for refugees fleeing upheavals on the mainland, including the civil war between Nationalist and Communist forces that led to the establishment of the People's Republic of China. These refugees became a valuable source of labor.

Likewise, Hong Kong became a place through which mainland China could acquire the goods, investment and expertise it needed to develop its economy. That development has tipped the economic scales.

Shanghai and Beijing have surpassed the territory by municipal GDP. Shenzhen -- where a special economic zone was created at the prodding of the late strongman Deng Xiaoping -- is rapidly closing in.

The population of Shenzhen, which is adjacent to Hong Kong and has soaked up ample capital from its neighbor, doubled from 5.27 million in 1997 to 11.9 million in 2016. That far exceeds the former British colony's 7.37 million. Zhang Dejiang, the third most powerful man in the Chinese hierarchy, recently warned it is only a matter of time until Shenzhen eclipses Hong Kong economically. "Three decades ago, Shenzhen was only a fishing village, and Hong Kong was already one of the four Asian dragons," he told a meeting in Beijing on March 5, referring to a set of rising economies that also included South Korea, Singapore and Taiwan. "But it is likely that in two years, Shenzhen will surpass Hong Kong."

Zhang was addressing Hong Kong delegates attending the annual National People's Congress, China's legislature. "Hong Kong," he told them, "should not waste energy. It should seek social harmony and join hands for development."

Granted, Hong Kong remains a major entry point for direct investment in China. Some $86.4 billion poured in via the city in 2015, according to the Japan External Trade Organization.

But that same year, even more investment flowed from the mainland into Hong Kong: $89.8 billion. It was the first time southbound investment came out on top.

As a financial center, the city is still a hot spot. In fact, mainland financial institutions are practically taking over Central, the financial district, to capitalize on demand for investment in Hong Kong shares through the two Stock Connect links with Shanghai and Shenzhen. Chinese companies have snapped up 52% of the Central office space covered by lease contracts concluded this year, according to U.S. realty services company JLL.

This is part of the reason rents in Central have soared to 1.5 times those in comparable parts of London and New York. With American and European financial institutions fleeing to the suburbs, the complexion of Central has changed so much that the Hong Kong media describes it with the Chinese characters for "dyed red." For two straight years, Hong Kong has been the world's top market for initial public offerings, with a total of $24.5 billion raised in 2016, according to London-based research company Dealogic. But its strength increasingly hinges on mainland companies, which account for 63% of the stock market's capitalization, compared with 30% for Hong Kong-based businesses.

In any case, while the financial scene is vibrant, the city is taking a back seat when it comes to trade and services.

The struggles of Cathay Pacific Airways, Hong Kong's iconic airline, are one example. The carrier has fallen into the red for the first time in eight years, partly because of its creaky business model of linking China with the rest of the globe. Cathay finds itself exposed to stiff fare-cutting competition from state-run Chinese airlines, which are shifting from domestic to overseas services.

Consider, too, Hong Kong's declining status as a maritime hub. Until 2004, it was the world's No. 1 port by containership traffic. But more ships are heading straight for Chinese ports in the Pearl River Delta, such as Shenzhen and Guangzhou, knocking Hong Kong down to fifth place.

Word is circulating that Orient Overseas Container Line -- a shipping company founded by the father of Tung Chee-hwa, the first chief executive of Hong Kong -- might be swallowed up by China Cosco Shipping. Orient Overseas International, the parent of OOCL, has denied the rumor, but at a forum in Shenzhen on June 22, Tung stressed that "Hong Kong needs to absorb the kinetic energy and vitality of the mainland."

It is not difficult to imagine Hong Kong's financial sector going the way of the shipping industry.

Gradually, however, the Chinese government is liberalizing capital transactions. The Stock Connect links are one example of this, though there has also been some regression, with tougher controls on capital outflows. Even with this two steps forward, one step back pattern, an executive at a European financial institution said that in 10 years, any transaction you can do in Hong Kong is likely to be possible in Shanghai as well.

In the days of Mao Zedong and Zhou Enlai, Beijing took the long view and sought to use Hong Kong to its advantage. Recognizing the city's importance, the government generally left it alone, barring the leftist riots of 1967.

Beijing's stance did not change with the transfer of sovereignty in 1997. But it has changed since Xi Jinping took the helm of the Communist Party in 2012.

The Xi administration has not hesitated to overstep the bounds of the "one country, two systems" principle to reinforce its domestic control -- say, by snatching Hong Kong booksellers handling anti-Communist Party publications.

At the same time, China's continued rise as an economic power is prompting other countries to turn a blind eye to violations of that principle, since speaking out could harm business ties.

The U.K., which signed the treaty that determined Hong Kong's fate, is no exception, according to Chris Patten -- the last governor of the colony. "The Joint Declaration and Basic Law have been breached -- for example, with abductions of Hong Kong citizens by mainland officials and some erosion of the territory's legal autonomy -- yet there have been very few squeals of disapproval from London," he wrote in his book, "First Confession: A Sort of Memoir," published in June.

Patten argues Chinese repression in Hong Kong, including the response to the Umbrella Movement in 2014, is only fomenting anti-Beijing sentiment among the young. "Although it did not of course intend this, what the Chinese Communist Party has done is to bake into Hong Kong's life a real sense of citizenship."

It is the rule of law that differentiates Hong Kong from mainland cities, said Victor Fung Kwok-king, honorary chairman of Li & Fung, a trading house in the former colony. So Hong Kong's ability to preserve its judicial system -- seen as the last fortress against Beijing's influence -- and maintain a transparent market will determine the answers to those looming questions about its destiny.