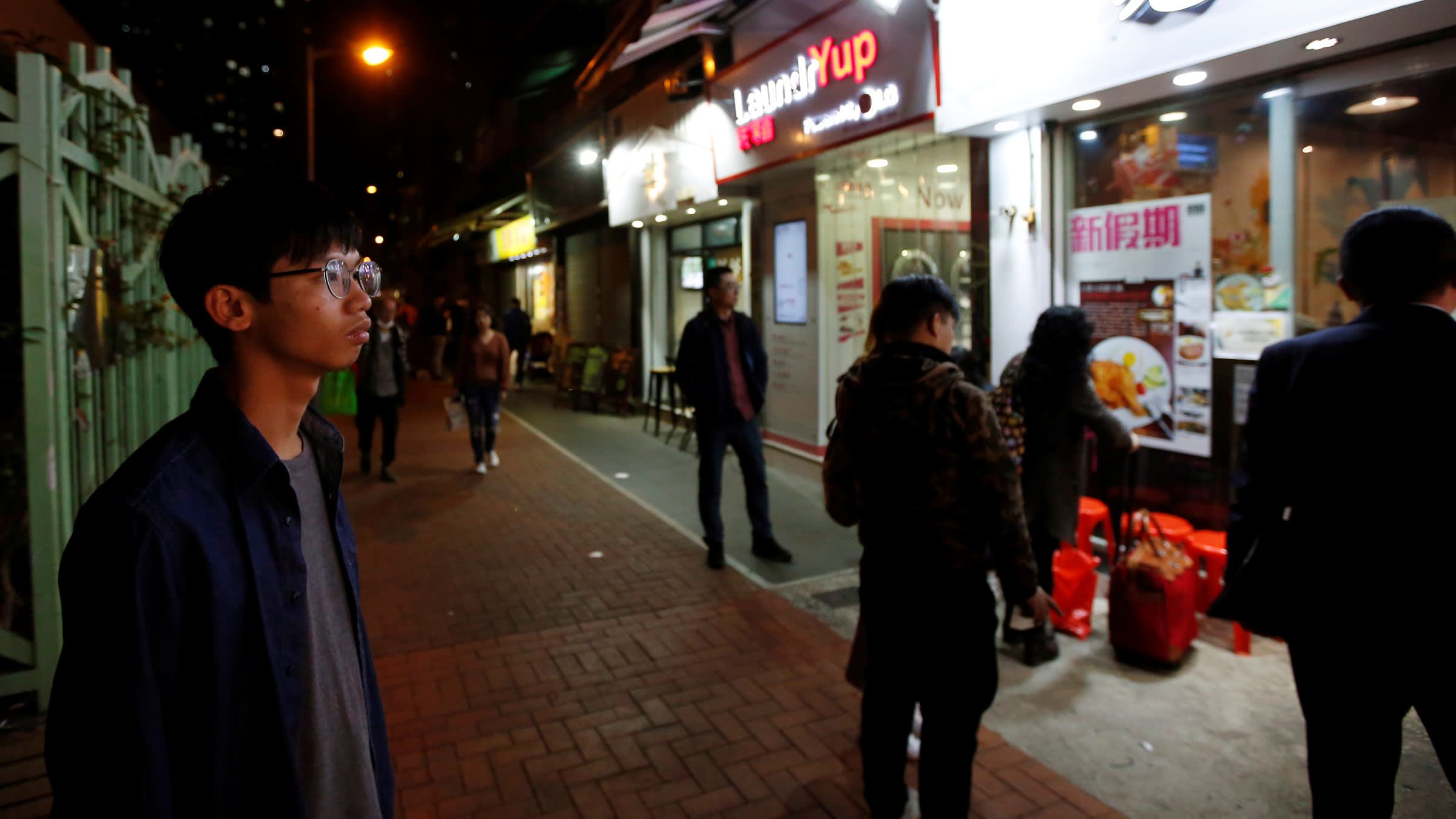 Three males and one female, aged 16 to 21, were arrested at three locations, a police official said at an 11 p.m. news conference. All are believed to be students.

Police said the group had made comments on social media since the law took effect that urged independence for Hong Kong, a semi-autonomous Chinese territory.

"They say they want to establish a Hong Kong republic, and that they will unreservedly fight for it," said Li Kwai-wah, senior superintendent of a newly formed unit to enforce the security law. "They also said they want to unite all pro-independence groups in Hong Kong for this purpose."

The law, which took effect late on June 30, was imposed on Hong Kong by the central government in Beijing and has raised fears that the city's autonomy and freedoms are being taken away.

Hong Kong was promised its own governing and legal system until 2047, or 50 years after the former British colony was returned to China in 1997. China says that issues such as separatism concern national security and as such fall under its purview.

Police did not identify the suspects or their organization but a group called Studentlocalism said on Twitter and Facebook that its former leader, Tony Chung, had been arrested at 8:50 p.m. for allegedly inciting secession.

The group announced it was disbanding before the law took effect, but has maintained an online presence through what it calls a U.S. division.

The arrests came one day after a leading figure in Hong Kong's political opposition was fired from his university job.

Hong Kong University's council voted to oust Benny Tai from his position as an associate law professor in an 18-2 vote on Tuesday, local media reported.

Tai has been out on bail since being sentenced to 16 months in prison in April 2019 as one of nine leaders put on trial for their part in a 2014 drive for greater democracy known as the Umbrella Movement.

In a posting Wednesday on his Facebook account, Tai said he intended to continue writing and lecturing on legal issues and asked for public support.

"If we continue in our persistence, we will definitely see the revival of the rule of law in Hong Kong one day," Tai wrote.

While the 2014 movement failed in its bid to expand democracy in the semi-autonomous Chinese city, protests returned last year following the local government's proposal of legislation that would have allowed criminal suspects to be extradited to face trial in mainland China.

Opponents called that a violation of the independent legal system that Hong Kong was guaranteed after being handed over to Chinese rule. Although the legislation was eventually shelved, the protesters' demands expanded to include calls for democratic changes and an investigation into alleged police abuses, growing increasingly violent over the second half of the year.

That prompted Beijing to pass the security law, saying opposition to the legislation made its passage impossible at the local level in Hong Kong. Critics have decried the law as part of a major crackdown on political activity, free speech and academic independence. Some books have been removed from libraries over concerns they violated the legislation's restrictions on calls for greater autonomy for the city of 7.5 million.

In a statement issued after the vote to remove Tai, the Chinese central government's liaison office in Hong Kong said it was "a punishment for evil doing."