Beijing blames US for spreading anti-China sentiment in Hong Kong 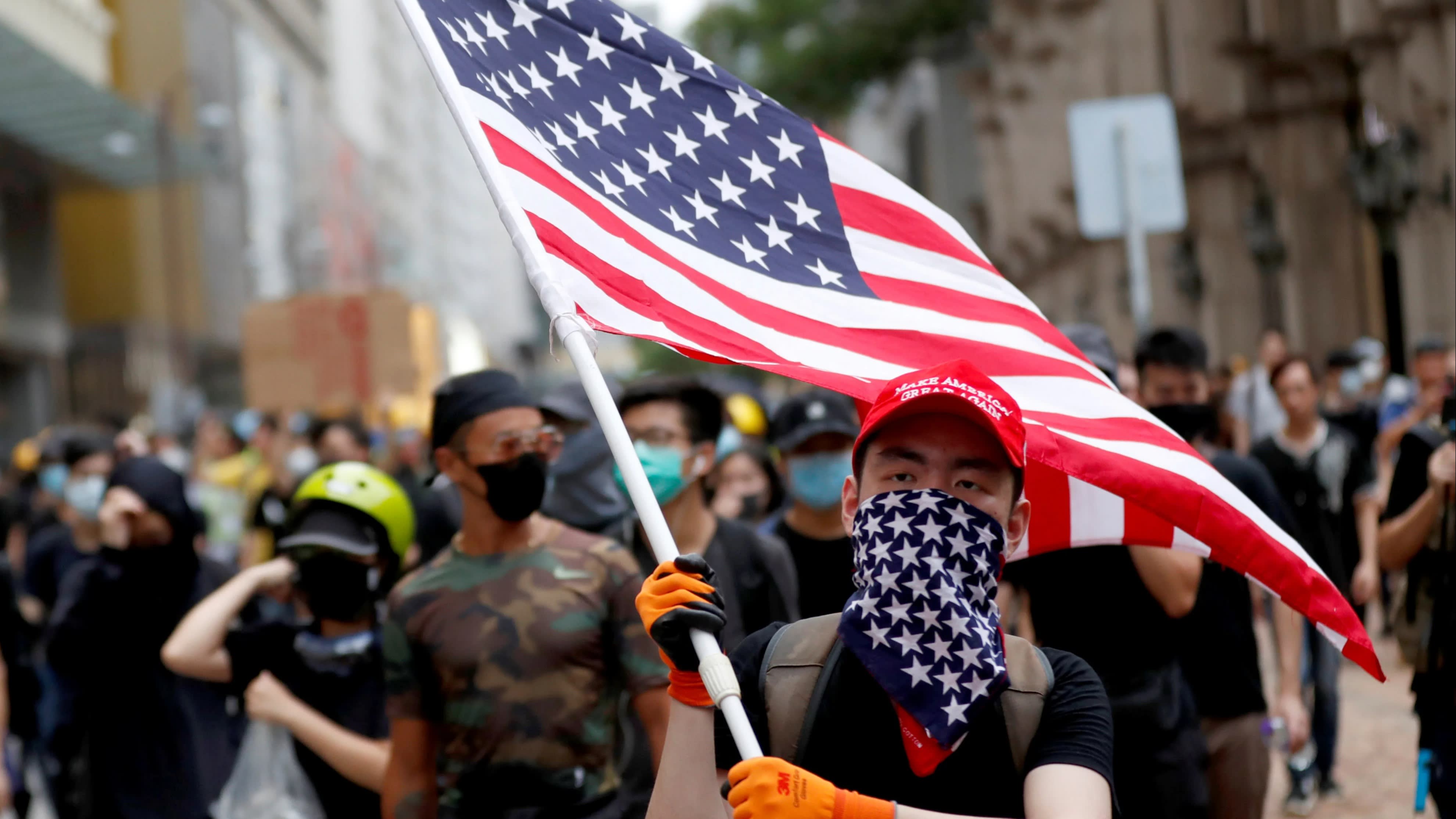 HONG KONG -- China attempted to reshape the dialogue on what it calls the "Hong Kong situation," saying on Wednesday that foreign powers were behind the ongoing violent protests in the city.

Song Ruan, deputy commissioner of China's Ministry of Foreign Affairs in Hong Kong, told foreign media that the U.S. and other Western countries were playing a "negative and disgraceful role" in the demonstrations that have gripped Hong Kong for more than three months. He said some foreign politicians "have sided with anti-China forces" in order to "sow trouble in China as a whole, and hold back China's development in every possible way."

"American senior officials had high-profile meetings with and spared no effort to cheer the anti-China forces who intend to mess up Hong Kong," Song said at the briefing, during which he also extolled China's decades of economic accomplishments less than a week before the 70th anniversary of the People's Republic of China on Oct. 1.

"They have distorted the truth, condoned the rioters and claimed support for the right to peaceful protests, but turned a blind eye to the crime of the rioters, who undermined law and order and assaulted the police and citizens," he said.

A bipartisan group of U.S. members of Congress have introduced a bill, the Hong Kong Human Rights and Democracy Act of 2019, which would require annual reviews of the special status that affords the city trade and economic privileges. 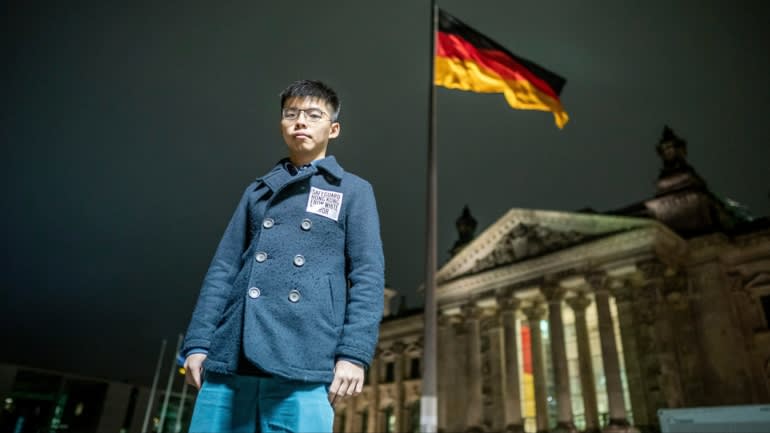 Joshua Wong stands in front of the Reichstag building in Berlin on Sept. 9.   © AP

At a congressional hearing in Washington last week, prominent activist Joshua Wong called on U.S. lawmakers to pass the legislation.

But Song warned that such a bill would have a negative impact on Hong Kong and the "one country, two systems" legal framework. "If the act is passed, it will undermine the confidence of international investors in Hong Kong, and stakeholders -- including American businesses -- will suffer," he said.

The Asian Development Bank on Wednesday cut its economic growth forecast for Hong Kong this year to 0.3% from its previous forecast of 2.5%, citing the city's civil unrest and the U.S.-China trade war.

The demonstrations began as largely peacefully marches in early June, drawing millions to the streets to protest against a now-abandoned bill that would have allowed Hong Kong to extradite criminal suspects to mainland China. They have now evolved into broad anti-government and pro-democracy rallies, which have seen frequent confrontations between protesters and police.

"The top priority is to stop violence, end the chaos and restore order," Song said.

He also scolded journalists working for foreign media for what he described as unfair coverage of the political turmoil.

"Some foreign media have confounded right with wrong, applied double standards and acted selectively in reporting the Hong Kong situation," he said. "Instead of telling the truth, they have fanned the flames and cheered the opposition and violent extremists by offering them a platform to spread rumor."