Beijing hints it can deploy troops in Hong Kong if requested 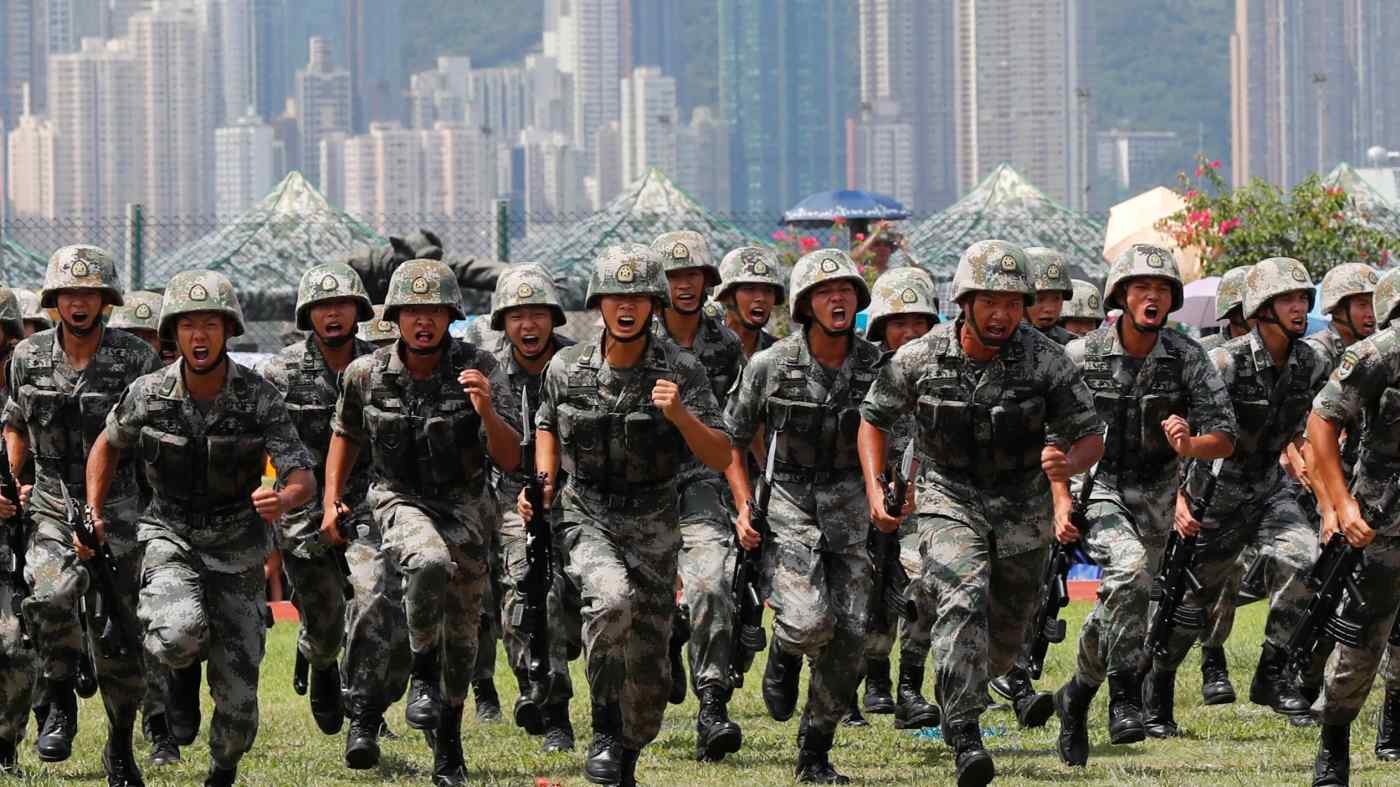 HONG KONG -- Amid massive protests that have lasted for weeks, the Chinese military has indicated that Beijing has the power to deploy troops in Hong Kong to maintain order if the city government requests help.

The protests, which were triggered by a controversial extradition law, escalated into an attack against Beijing's liaison office in the city.

"We are closely following the developments in Hong Kong, especially the violent attack against the central government liaison office by radicals on July 21," said Wu Qian, a spokesman for China's defense ministry, at a news conference on Wednesday in Beijing.

Wu was referring to a march on Sunday which was largely peaceful until a group of demonstrators charged beyond the approved route and damaged Beijing's liaison office -- the first such attack since the protests started a month ago.

Wu called the attackers "radical protesters" and blamed them for "challenging the authority of the central government and violating the bottom line of 'one country, two systems'."

"This is intolerable," he said.

When asked whether the People's Liberation Army would be involved in curbing social unrest in the city, Wu did not directly answer the question. Instead, he responded, "Article 14 of the garrison law has clear stipulations," but did not elaborate.

Article 14 states that the Hong Kong government, in accordance with the Basic Law -- the city's mini-constitution -- can ask for help from the PLA's Hong Kong garrison to maintain public order in the special administrative region and assist with disaster relief. Once the task is completed, the troops are immediately to return to their barracks.

In an email statement to the Nikkei Asian Review, the Hong Kong government said that it has "full capability to deal with the local affairs and maintain the public order" of the special administrative region.

"There is no need to ask for assistance from the garrison [of the People's Liberation Army]," the statement reads.

At a news conference on Monday, Hong Kong Chief Executive Carrie Lam condemned the attack on the Beijing office as well as another violence against protesters. On Sunday, some protesters were attacked by a group of men in white T-shirts in Yuen Long, a town bordering mainland China's Shenzhen.

The attack resulted in at least 40 injuries, including a lawmaker and a journalist. The identities of the white-clad mob remain unknown.

People in Hong Kong started rallying in June to protest against the proposed extradition bill that would allow Hong Kong citizens to be extradited to mainland China, some turning violent. Lam later said that the government will not proceed with the bill anymore, but protests continued as organizers demanded that Lam resign.

Kenneth Chan, an associate professor of politics at Hong Kong Baptist University and a former lawmaker in the city, disagreed with the idea of Chinese troops becoming involved in policing in the Hong Kong protests.

"The appearance of PLA troops in Hong Kong would mean not only the end of Hong Kong's autonomy for good, which may not be a problem for Beijing and President Xi Jinping, but [also] for the world to see that China has nothing but brute force to handle a political crisis of its own making," Chan said. "Sacking Carrie Lam is a low-cost solution. Why not try it first?"