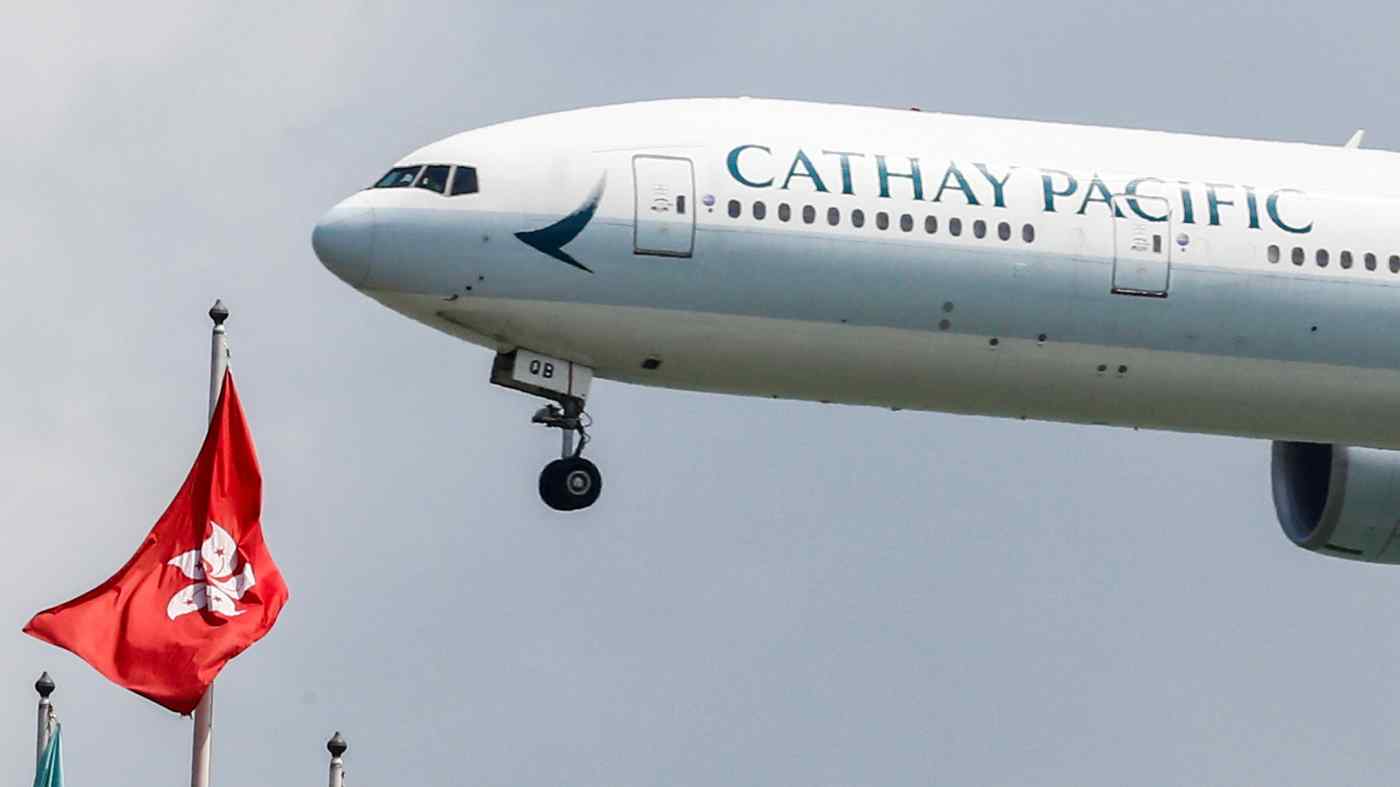 HONG KONG -- Jeremy Tam, a pro-democracy lawmaker in Hong Kong, quit his job at Cathay Pacific Airways after serving the company as a pilot for almost two decades.

"I've decided to give up the job I love so the airline could be free from more vexatious attacks," he said in a Facebook post on Tuesday.

Tam's move followed a series of sackings and resignations, including the departure of CEO Rupert Hogg, after the carrier was named and shamed by the mainland Chinese aviation authority and state-owned media for employees' involvement in Hong Kong's recent political protests.

While foreign businesses operating on the mainland have long aligned themselves with Beijing's political agenda to get access to the vast Chinese market, their counterparts in semi-autonomous Hong Kong were largely free from such pressure.

Observers say what happened to Cathay should alarm senior managers of multinationals in Hong Kong, as employees' political activities outside work can now have repercussions for their business on the mainland.

"The Chinese government does not see business as 'separate' from state, and has made clear that [companies] must show their loyalty to Beijing," said Steve Vickers, CEO at political and corporate risk consultancy Steve Vickers & Associates.

Exposed to greater risks are international businesses holding substantial operations and investments within or related to China -- including in aviation, luxury brands and entertainment -- as well as professional services that count Chinese as major clients.

"This situation poses a dilemma to companies operating in Hong Kong," he said. "The choice is potentially binary: loss of the bigger market and punitive measures later, or the loss of local market and damage to international image?"

Mainland businesses are used to being pressed into service for political aims. Many are cutting links with business in Hong Kong that might expose them to political risks.

Both Taobao, an e-commerce site under Alibaba Group, and JD.com have recently stopped shipping protective gear that could be used by protesters, including helmets, goggles and masks. If an order for these items is placed from Hong Kong, Taobao's buyers will be informed: "According to relevant laws and Taobao policy, the item cannot be shipped to your country or region." JD.com tells Hong Kong-based customers that it is "out of stock for Hong Kong and Macau regions."

But now companies operating in Hong Kong are being forced to recognize that while Hong Kong has a different political, judicial and financial system from the mainland, "it's still part of China," according to Davide De Rosa, chairman of the European Chamber of Commerce in Hong Kong. "Whether one likes it or not, this is a fact," he told the Nikkei Asian Review in an interview.

De Rosa insists there has been no deterioration in Hong Kong's business environment since the territory was handed over to China two decades ago. Instead, investors are more concerned about whether the current political unrest, which has led to occasional violent clashes between police and protesters, can be solved quickly and peacefully.

"There may be concerns that the city may lose its reputation as a center for business," he said, though the chairman thinks business can return to normal once the political impasse is resolved.

But many local residents employed by these international companies are less positive.

A longtime Cathay Pacific flight attendant who requested anonymity due to the airline's recent political crisis said she and her co-workers were "shocked" by the sackings and departures of employees.

"My feeling has always been that Cathay is a British company with rather open policies on workers," said the woman, who has attended pro-democracy events. "But this time, the political pressure came directly from China. This is something we've never experienced or expected."

Swire Group is the parent company of top Cathay shareholder Swire Pacific, which has a 45% stake, while national flag carrier Air China holds 29.99%. In addition to mainland-bound flights, many of Cathay's routes to Europe and the U.S. also pass through China's airspace.

Cathay so far has terminated the contracts of a pilot who was charged with rioting and another one alleged to have misused company information, while two ground staffers accused of leaking information about police travels also were fired.

The flight attendant said many of her co-workers who took part in the protests and strike are now concerned about losing their jobs and have refrained from expressing political views on social media platforms, fearing their personal information will be submitted to mainland authorities. An estimated 1,500 flight attendants at the airline joined a citywide strike early this month.

"We understand the pressure the company is facing and that Cathay doesn't really have control over the situation," she said. "What we worry about the most is that one day Swire will have to give up the airline, and hand it over to China. More employees will have to give up more of their political freedom to keep their jobs."

Meanwhile, Hong Kong's property developers -- which have massive investments on the mainland -- feel the need to go a step further.

In an unprecedented move, some of the city's best-known tycoons showed up at a rally last week in the heavy rain, chanting slogans with people who support the government and the handling of the protests by police.

A parade of business leaders and companies including Li Ka-shing, the founder of what is now CK Hutchison Holdings, also took out full-page ads in Hong Kong newspapers to call for a return to "law and order."

Despite the rising pressure from China, international companies face other risks in choosing sides, such as alienating their talent.

An anonymous group claiming to be employees of the "big four" accounting firms -- KPMG, Ernst & Young, Deloitte and PricewaterhouseCoopers -- placed a full-page ad in local newspaper Apple Daily on Friday. They criticized the companies for openly condemning protests and showing "a narrow focus on their self-interest" while ignoring employees' "yearning for democracy and freedom."

"The firms' statements do not represent us," the ad reads.

While accounting firms immediately distanced themselves from the ad, it drew attention from the Global Times, a state-run tabloid newspaper. The paper quoted industry insiders, urging the firms to uncover the employees behind the ad and fire them.

Kenneth Leung, a Hong Kong lawmaker representing the accountancy constituency, called the request by the Global Times "ridiculous" and said management shouldn't bow to the pressure, as employees are highly valuable assets to the companies.

"Unless the employee has breached the law, I think the global culture of these firms is diversity and pluralism," Leung said. "You can't fire or demote, or make life difficult for an employee, because of his political belief."

Though China can revoke business qualifications or use other means to harm the companies on the mainland, Leung also said the "big four" have substantial bargaining power against such pressure.

For mainland businesses listed on stock exchanges outside China, Leung said, "if you are not engaging the 'big four' to do any auditing work, nobody will give the companies a lot of credibility."